Researchers from the University of Birmingham, University West of England and the University of Edinburgh have found that people who post too many pictures of themselves on Facebook – known as ‘selfies’ in the online community - risk harming their relationships with their friends.
Researchers reported that those who share too many pictures could risk harming their more casual Facebook relationships, while relationships with close friends and family members, on the other hand, may not be harmed at all by this over-sharing. According to Dr. David Houghton, a lecturer at Birmingham Business School and the lead researcher in this study, the content and quantity of these pictures can be blamed for causing a rift between the individual posting the photos and their casual relationships with acquaintances and colleagues.
“Our research found that those who frequently post photographs on Facebook risk damaging real-life relationships. This is because people, other than very close friends and relatives, don’t seem to relate well to those who constantly share photos of themselves,” said Houghton in a statement.
“It’s worth remembering that the information we post to our ‘friends’ on Facebook, actually gets viewed by lots of different categories of people: partners; friends; family; colleagues and acquaintances; and each group seems to take a different view of the information shared.”
The study measures the effect of a common behavior decades ago that’s been brought into the digital age. Before humans built the technology to instantly share photographs via Facebook, Instagram and other services, people had to share physical, printed media with their friends and family. Thus the old joke about the loathed family which invites friends over to view slides of their latest vacation. Just as these kinds of exhibitions could have turned off friends and acquaintances, so too can sharing too many selfies on Facebook damage real-world relationships.
According to the study, there was a direct correlation between sharing multiple pictures of events and a decrease in intimacy between the sharer and their friends. Additionally, those who frequently shared photographs of their friends also run the risk of harming the relationships they have with these friends.
However, the study also notes that over-sharers who post pictures of family are more likely to receive support from their close friends and family members. Those who post more pictures of their friends, however, may ruin the intimacy they enjoy with these friends. Close friends and family members, however, are unaffected by the amount of pictures posted.
Dr. Houghton and team also looked beyond the effects of posting too many pictures on Facebook to brand advertising campaigns in which companies ask customers to take pictures of themselves enjoying their product.
“While benefitting brand awareness and critical mass of a Facebook fan page for a brand, organization or cause, sharing photographs may be harmful to those asked to participate,” reads the report. The researchers advise users to “think twice and post once” when sharing pictures of themselves.
As Facebook has grown to include over one billion users, many academic researchers have endeavored to classify and understand the human effects of being virtually connected. Earlier this year, a pair of German researchers claimed that viewing pictures of friends’ vacations, new babies, cars and homes can leave users feeling frustrated about their own lives and envious of others.

Source: Michael Harper for redOrbit.com - Your Universe Online
Posted by Boy Raket at 10:11 AM No comments:

As the Association of South East Asian Nations (ASEAN) prepare for full integration by 2015 under a single ASEAN Economic Community (AEC), which is one of the main objectives of the region's economic integration, a key challenge is to find balance with regard to coherence and cooperation among member countries. 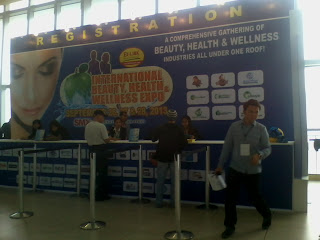 However, the emergence of many relevant industry expos and conferences, particularly in the beauty health and wellness sectors, is seen as the key ingredient in providing that balance and more importantly, make the planned integration a seamless and thorough activity.

This collaborative economic environment among nations of varying race and cultures will be unmistakably evident in a one-of-a-kind event called "International Beauty, Health and Wellness Expo," which is held from September 26-28, 2013 at the SMX Convention Center in Pasay City, Philippines. 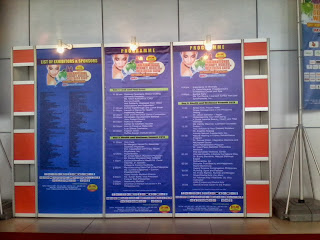 The "International Beauty, Health and Wellness Expo," organized by Ex-Link Management and Marketing Services Corporation, is expected to attract more than 10,000 buyers/trade visitors from here and abroad, and participated in by more than 200 of the country's established and up-and-coming movers and shakers in the Health and Beauty, Fitness and Style, and Wellness and Relaxation circles. It will be the perfect avenue for sponsors and participants to meet, converge, exchange ideas and knowledge, establish market linkages, collaborate and agree on mutually beneficial transactions with the hope of growing the industry further and make it one of the strongest business sectors in the region. 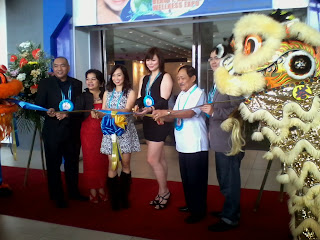 Day one of the expo highlights the opening talk of Dr. Enrique "Eric" Tayag, Asst. Secretary of the Department of health with the "Go for Health program," will fire up the first day followed by the personality development seminars, fashion and styling sessions, discussion of fashion trends in the social media, an Anniversary Dance Competition launch dubbed as "Healthway Medical Dance for Health...A healthy way to live"... featuring its corporate partners will sure to enliven the stage area with a fashion show from one of the country's top fashion institutes round up the first day. 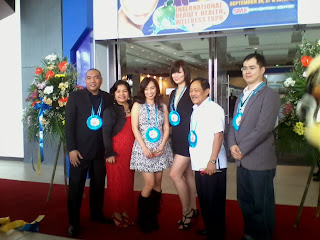 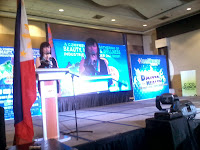 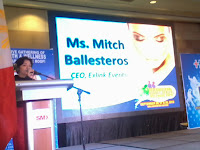 On Day Three, learn physical fitness techniques, martial arts and sports from some of the country's renowned sports and fitness gurus.

It was a night of fun, friendship and crazy Filipino flavors as Rockwell held another Blogger's Night at its newest establishment, Savor Filipino Cuisine at the Rockwell Business Center in Ortigas. Apart from the crazy Filipino-inspired games(Pinoy Box Office Trivia anyone?), the distinct flair of Savor's food left everyone with full smiles and even fuller tummies. Bloggers, family and friends enjoyed the unique Filipino menu - created from the age-old Family recipes of Savor's founders but with modern tweaks to meet this generation's taste-buds.

Savor Filipino Cuisine was born out of a shared desire amongst its founders to bring classic recipes to a young new generation of Pinoy-food-loving diners. Partners Mel Dumlao, Raquel Estrella, Owen Gan and Executive Chef Trina Tiaoqui-Imperial were inspired not just by their love of Filipino food but also their love of making, sharing, and celebrating with our local cuisine. They put together a menu crafted from classic family recipes handed down from generations but with some personal touches to give it a different kick.

With family at the heart of it all, Savor Filipino Cuisine is all about reminding everyone about the pleasures one derives form the true flavors of Filipino ingredients and recipes as enjoyed around different dining tables. "Savor Filipino Cuisine is not Filipino fusion, but rather classic recipes personalized with our varied and unique experiences of how these dishes were prepared and enjoyed by each of us growing up - in the process of creating new menu traditions," explains partner Owen Gan.

Nested in busy Ortigas, Savor finds a warm home in the Rockwell Business Center. While providing world-class amenities to the many business in its 1.3 hectare site, Rockwell also provides the business compound with many comforts to truly give it a mix of business and pleasure. Everything you'll ever need is a mere stone's throw away from the compound. It sits directly beside a world-class hospital with a multitude of malls, schools and residential areas within the vicinity. convenience to the commuters is also though to beat as the development itself is very much accessible to public transportation - and not to mention, has its very own shuttle to service its patrons to and fro establishments within the Ortigas area. 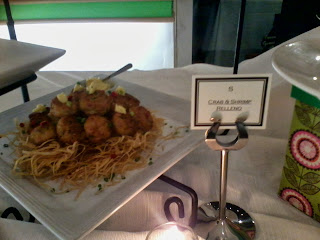 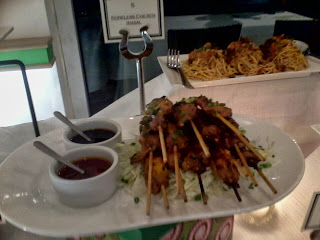 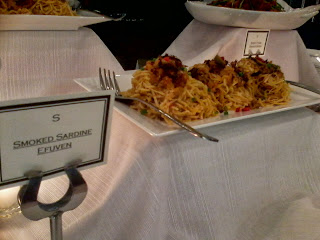 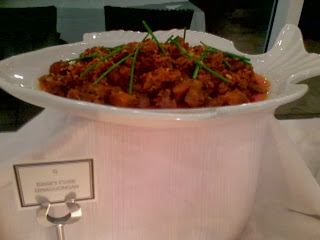 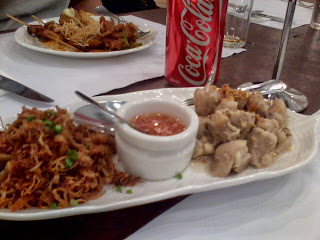 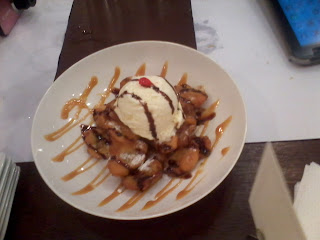 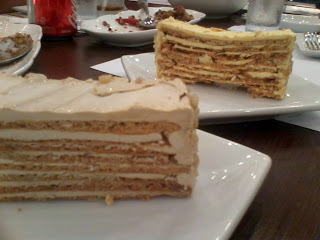 So if you wish to enjoy Savor's unique yet traditional Filipino food flavors, get yourself a seat at one of their dining tables at unit No. N-11, level 1 at the Rockwell Business Center Tower 2 or give them a ring at 584-6642.

For more inquiries on the Rockwell Business Center, please email office@rockwell.com.ph or call 0917-857-8308.
Posted by Boy Raket at 1:28 AM No comments:

Would you rather GoBigger or GoBetter?Your Globe Prepaid just got better and bigger with more prepaid offers!

For me, I'll just choose both...if that is possible of course, but if you only need to choose one, I'll choose on GoBigger. Pretty useful for me, especially if you are on online retailing/e-commerce. Wise choice for replying to the clients inquiring about what you are selling or your service.

I would love to share this promo with my friends and loveones. 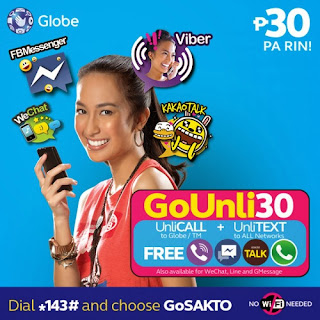 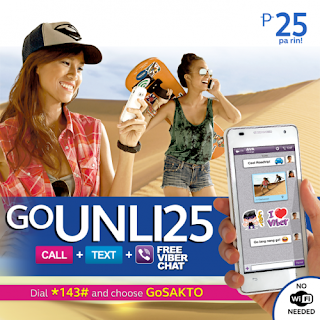 Awkward But Important Things To Discuss During Premarital Counseling

Awkward But Important Things To Discuss During Premarital Counseling

Premarital counseling is no longer just a good idea. The practice is almost a necessity. Every couple should consider premarital counseling to increase their chances of a having a long and happy marriage. Here are four necessary but awkward conversations that every couple should have prior to marriage:
1. Divorce
Divorce tops the list as one of the most awkward but important things to discuss during premarital counseling. It hardly seems right to begin a marriage discussing divorce, but since nearly half of marriages end in divorce, couples must be prepared to take measures to prevent it. Couples should discuss how each feels about divorce up front and how the process will be handled if the divorce should occur. Some common questions that should arise during the divorce discussion should include:
2. Sex
Sex is one of the most awkward discussions to have between two people and a counselor, but it is one of the biggest sources of contention between two married people. Frequency, style and monogamy are the most common issues discussed regarding sex. The discussions surrounding these issues include:
3. Finances
Finances are difficult. If one spouse is a spendthrift, and the other spouse is a saver, conflict may arise. Finances are one of the most common reasons for divorce. To prevent divorce, couples must agree on who will work in the family, how often and who will manage the finances. Financial goals must be established to avoid conflict regarding how money should be spent and managed in the marriage.

4. Conflict Resolution
How will the couple handle conflict? There must be a plan for handling conflict in the marriage. Whether discussing the number of kids desired or how to split household chores, there must be rules of engagement. Proper conflict resolution will help couples stay out of divorce court. Determine how to discuss fairly to prevent ineffective arguments that do not lead to a positive outcome.

Obtain Premarital Counseling to Set Expectations
Premarital counseling is necessary to set expectations in a marriage. Without counseling, couples may agree on how to handle disagreements, but there is no one to ensure that both parties adhere to their part of the bargain. Counselors holds both people accountable when they make a verbal commitment to each other.
Posted by Boy Raket at 10:27 AM No comments: