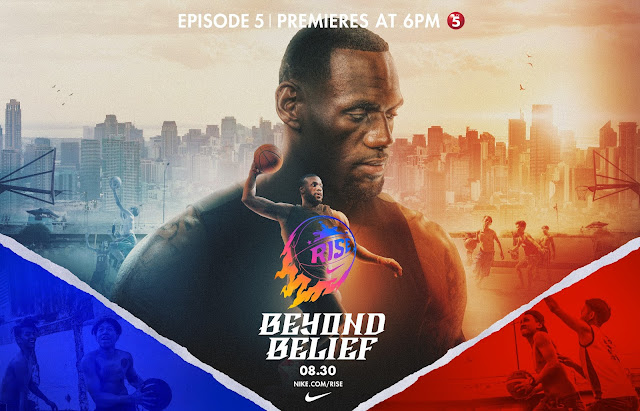 Nike is bringing back two-time NBA champion and four-time MVP LeBron James to Manila to mentor the Rise players.  James will also announce members of the final Rise team on August 20 and will continue to inspire the young athletes to leave their comfort zone and get better in the game like never before.

LeBron James broke into the scene during his formative years in high school, growing up with a drive for greatness like no other.  His relentless desire paired with numerous hours in the gym spent practicing and honing his skills, paved the way to basketball superstardom.

In 2003, he was drafted in the professional league and has since lived up to the hype with numerous accolades under his belt, including two championship rings, four MVP Awards, two Finals MVP Awards, and two All-Star MVP Awards. On a global scale, he was the centerpiece of two Olympic Gold Medal runs in 2008 and 2012. In the past year, he faced more scrutiny and criticism than any other basketball player in the league even as he powered his team through the finals against numerous trials and challenges. He showed that no matter what adversities one faces, one should go all the way and do his best and know that he can rise above it all. LeBron’s tour in Manila will inspire the Filipino youths and aspiring basketball players to fight through obstacles to realize their true basketball potential.

Fans are welcome to personally see LeBron James and hear how he inspires all to “Rise Beyond Belief” with the LeBron James Rise Tour on August 20th at the Mall of Asia of Arena. Gates open at 6:00PM. Tickets for the evening can be obtained by registering on http://gonike.me/LebronJamesRiseTour started last 9:00AM on August 14 until 11:59PM of the same day. Fans who successfully register will need to bring their confirmation email and valid ID on the designated times and dates at Nike stores from August 15 to 18 to pick up their tickets. Fans can enjoy a custom “Rise Beyond Belief” photo booth exclusively at Nike Park Fort in Taguig and be part of a special LeBron James photo mosaic.

Catch Episodes 1 to 5 of Nike Rise airing all Sundays of August at 6PM on TV5.

This is a press release
Posted by Boy Raket at 9:05 PM