11 Differences between those who dream and those who act: 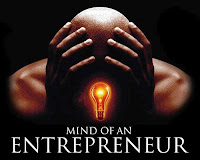 3. Wanna-be’s want to get on TV and get famous.

5. Wanna-be’s wait for their lucky break.

Entrepreneurs engineer four, five, six plans and execute them in tandem, wagering that at least one plan will get traction.

6. Wanna-be’s fear looking stupid in front of their friends.

7. Wanna-be’s shield their precious ideas from harsh reality, postponing the verdict of success or failure until ‘someday’.

Entrepreneurs expose their ideas to cold reality as soon as reasonably possible.

8. Wanna-be’s put off practicing basketball until they’ve got AirJordans.

Entrepreneurs practice barefoot behind the garage.

9. Wanna-be’s believe what they’re told, believe their own assumptions.

Entrepreneurs do original research and determine what paths have been already trod.

10. Wanna-be’s believe they can do anything.

Entrepreneurs do what they’re gifted for and delegate the rest.

11. Wanna-be’s think about the world in terms of COULD and SHOULD.

Entrepreneurs think in terms of IS and CAN BE.