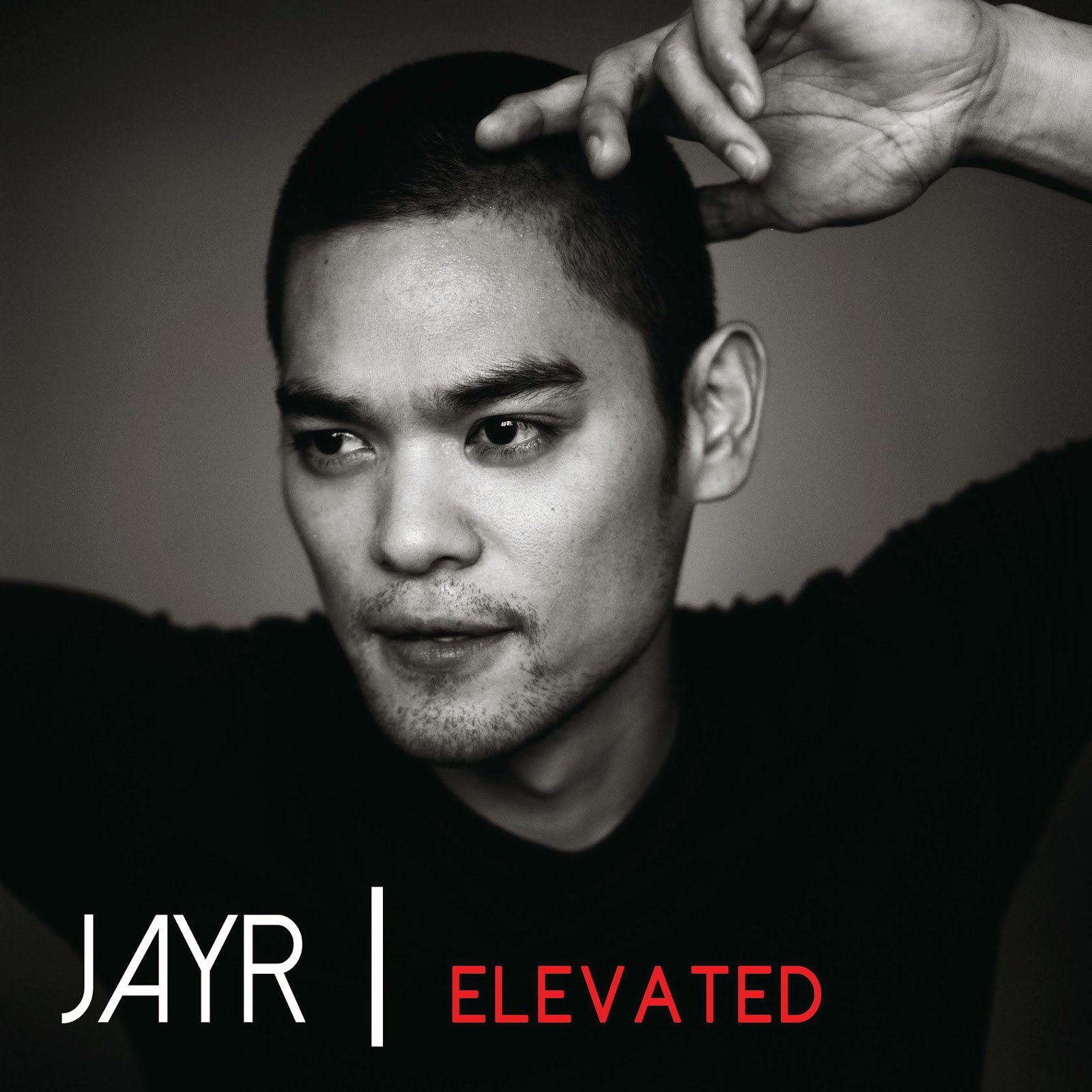 Today marks the comeback of the award-winning singer and producer JayR as he releases his massively anticipated all-original album, Elevated, in record stores and via iTunes and all digital retailers now.

Elevated
“[ But ] First of all, I want to say that I really am grateful to all the people who came to my album launch last week. I’m really happy so many people were able to make it to the launch despite the delays caused by the traffic. For some reason Extra Rice our band was so on point that evening. We sounded amazing together. Q-York, Deejay, Mica Javier, Kris Lawrence and AJ Rafael all showed love and performed with me on stage. We did the songs we wrote for the album. It was a lot of fun,” JayR quipped. “Nyoy Volante even came to watch and I kind of put him on the spot to do a song with me. He was kind enough to get up out of his chair and amaze the crowd. An awesome night.”

JayR revealed an Elevated Album Tour is now brewing. “You can stay updated with all the dates and venues at jayrsmusic.com or through my social media,” he beamed. “Also, my new app is now available for download at Google Play. Coming soon to iTunes. Just search JayR and you can download my free app. Check out the free music and the DJ (Digital Journal).”

And that’s not all.

Elevated is receiving extensive critical acclaim from top outlets and his co-artists as well.

Philippines' Queen of R&B Kyla shared it’s a great album. “There's a different flavor in every collaboration that really makes the album special.”

“I think Elevated is JayR's best body of work thus far because it shows his growth as an artist, and the passion that exudes from his artistry allows him to compete at an international level and push the envelope for OPM, “ Mica Javier professed. “I’m happy to have been a contributor to this album not just as JayR's partner on Tonight which already went No.1, but also behind the scenes as a songwriter and a creative”.

On a roll
And there’s no stopping him. In fact, JayR is just about everywhere right now. He continues to shine via Your Face Sounds Familiar with Gary Valenciano, Sharon Cuneta, Jed Madela and Billy Crawford.

“I surprised myself winning the first competition as Pepe Smith in Your Face Sounds Familiar. I never knew I had a talent to impersonate artist icons. I guess you can say the show brought it out of me,” Jay-R claimed.

He admited he’s having a lot of fun doing the show. “I feel like I’m learning a lot studying the different styles, genres and vocals. I feel like I’m growing as an artist on the show and I love that. It inspires me to make my original songs even better. To elevate as an artist in the music industry.”

ELEVATED Album Tour
The King of R&B will be having a series of mall tours nationwide to promote the said new album this summer.

You can check Parachute, which is the first song in his album.

For all the latest updates on the HOMEWORKZ ARTISTS, you may visit: the following:
FACEBOOK: homework music; TWITTER: @homeWorkZMusic & INSTAGRAM: @homeworkzmusic. Don't miss it!
Posted by Boy Raket at 4:56 AM