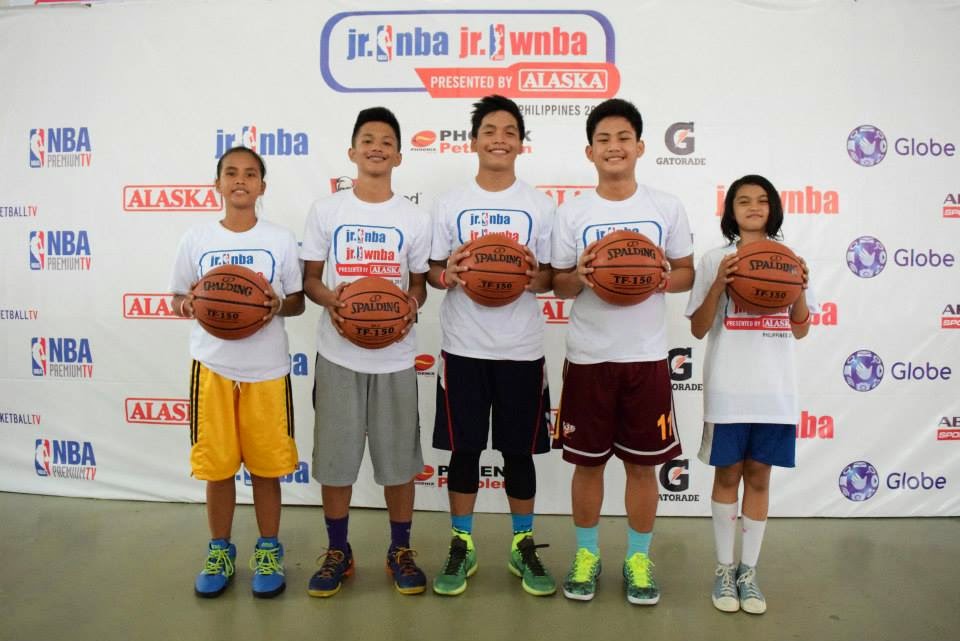 Four Davao players, one from CDO are Manila-bound
Davao City – Four Davaoeños and one player from Cagayan de Oro are set to pursue their basketball dreams in Manila this April after topping the Regional Selection Camp of Jr. NBA/Jr. WNBA Philippines 2015 presented by Alaska at the University of the Immaculate Conception in Davao City.
Paolo Emanuel Antonio, 14, of Stella Maris Academy in Davao City; Christopher Gonzaga, 14, of the University of the Immaculate Conception, Davao City and Jeffy Malilim, 13, of Corpus Christi School, Cagayan de Oro will vie for the honor of becoming Jr. NBA All-Stars at the National Training Camp in Manila come April. 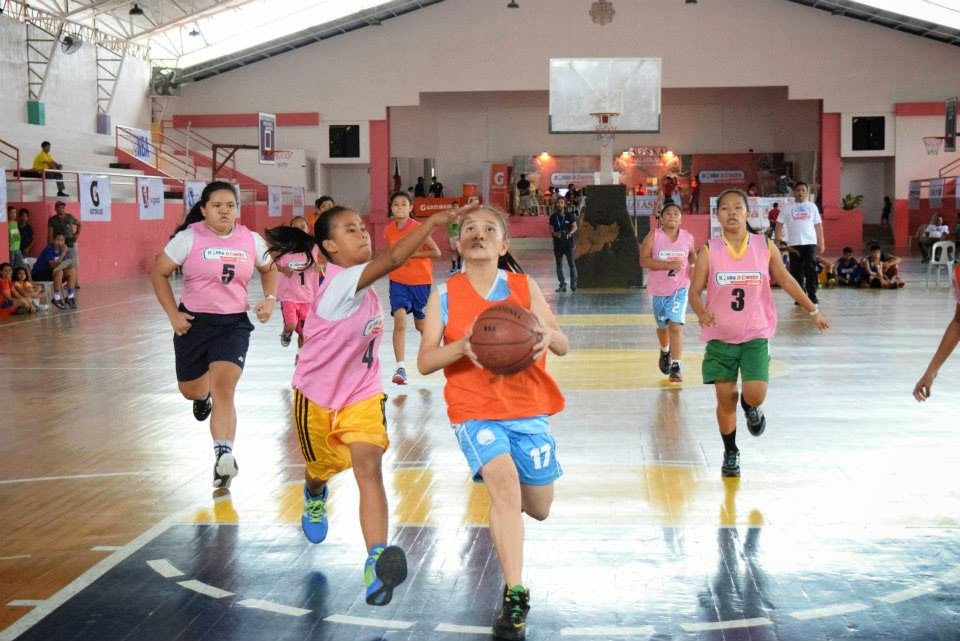 Rozie Amatong, 11, of Modern International Learning Center, Davao City and Rhea Ville Bausin, 14, of Daniel R. Aguinaldo National High School of Davao City will compete in the Jr. WNBA division of the NBA’s global youth development program.
The five National Training Camp finalists stood out in a field of 259 participants aged 10-14 who tried out in the Mindanao leg of the regional selections. Participants were subjected to vitals tests, skills challenges and basketball drills on Day 1, at the end of which the top 40 performers were asked to return on Day 2. More intense drills and basketball team exercises met the semifinalists on Day 2 where a final scrimmage at the end of the day helped the coaches to select the most skilled basketball players who also exemplified the Jr. NBA/Jr. WNBA core values of Sportsmanship, Teamwork, a positive Attitude and Respect.
The NTC finalists from Davao were chosen by the Jr. NBA evaluation committee composed of Jr. NBA/Jr. WNBA coaches Rodney Santos, John Ramirez, Eric de la Cuesta, Christian Luanzon and Junjun Alas of Alaska, Louie Gonzalez and Ish Tiu and Melissa Jacob of Perlas Pilipinas.
“This group will compete well in Manila,” said Jr. NBA/Jr. WNBA Coach Ish Tiu of Perlas Pilipinas. “In particular, I would like to commend the boys for showing exemplary STAR values. As for the girls, they’re something else -- a package of skill, talent, passion and perseverance. I’m excited for them to showcase their God-given talents in Manila.” 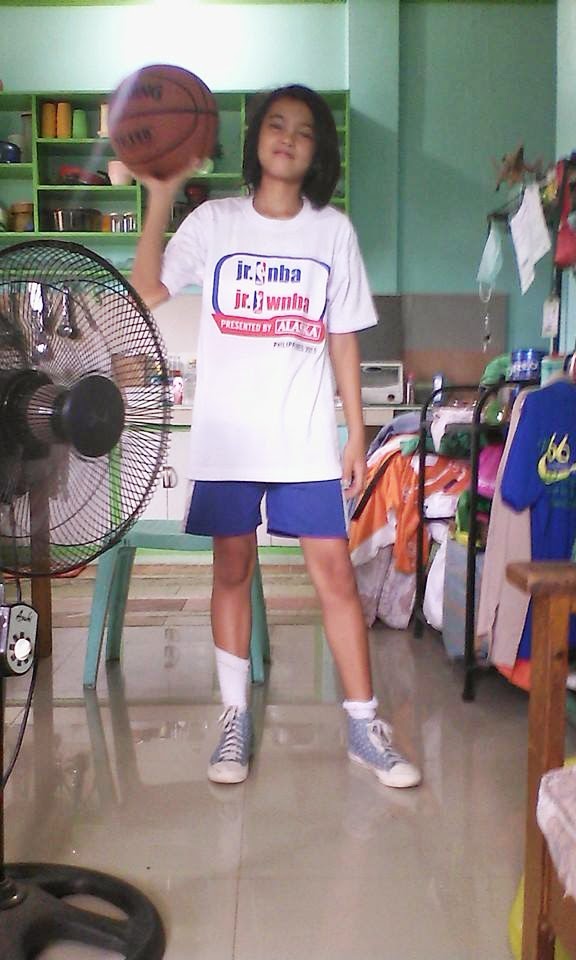 Eleven-year old Rozie Amatong, the youngest participant, wowed the crowd with her heroics, including a buzzer beating shot that made her team win in the final scrimmage. "Basketball is a beautiful game. I especially love the challenge that comes with this sport," she said.
The last Regional Selection Camp for 2015 will be held at the PICC Forum in Manila on April 11 and 12. Boys and girls who wish to join the selection camps may still register at www.jrnba.asia/philippines. The program is absolutely free.
At the National Training Camp ten Jr. NBA and five Jr. WNBA All-Stars will be selected and will embark on a unique, overseas NBA experience together with fellow Jr. NBA All-Stars from Southeast Asia. The Coach of the Year presented by Alaska will also be announced at the National Training Camp that will be attended by NBA talents.
Full program terms and conditions can be found in the Jr. NBA/Jr. WNBA event website. Fans can also follow Jr. NBA/Jr. WNBA on Facebook at www.facebook.com/jrnbaphilippines. For all things NBA, fans may visit www.nba.com, and follow the NBA on Facebook (www.facebook.com/philsnba) and Twitter (www.twitter.com/nba_philippines).

About Alaska Milk:
Alaska Milk recognizes the need of Filipino children for proper nutrition.  According to the 2011 National Nutrition Survey conducted by the Food and Nutrition Research Institute (FNRI), it was revealed that 3 out of 10 children aged 5-10 years were underweight while 8 out of 100 children of the same age were overweight, making malnutrition and obesity two of the most pressing nutritional problems in the Philippines today.  Alaska Milk is committed to help provide proper nutrition through its leading brands, Alaska Powdered Milk Drink and Alaska Chocolate Powdered Milk Drink.  It contains 20+ essential nutrients that help children reach their full growth potential.  Aside from proper nutrition, an active lifestyle is needed in order to shape and nurture healthier children.  Because of this, Alaska Milk encourages children to “go out and play” through its NUTRITION. ACTION. CHAMPION. programs: Alaska Basketball and Football Power Camps and Cups, Alaska IronKids Triathlon, Alaska Family Run and Alaska Cycle Philippines.  At the same time, Alaska Milk has a professional basketball team, the 13-time PBA champion, Alaska Aces, which continues to inspire the youth to become future champions who are guided by positive values.  Finally, Alaska Milk partners with excellent local and international organizations that share the same objectives, vision, and values namely the Philippine Basketball Association, National Basketball Association, World Triathlon Corporation, Cycle Asia, Makati and Alabang Football Schools.
Posted by Boy Raket at 2:42 AM