Museo Pambata - Have You Been There?! 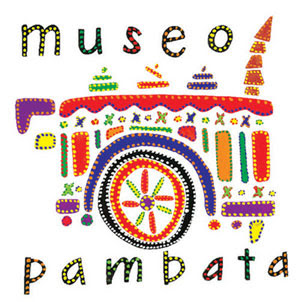 The Museo Pambata is a children's interactive museum, the first of its kind in the Philippines. It is in a sense an alternative to the formal classroom environment where learning resembles a one-way street – the teacher imparts knowledge and the students absorb it. In Museo Pambata, children can use their total senses and learn various concepts at their own pace. It excites the minds of the young, inspires them to learn more, and most importantly revitalizes what child learning should be – fun and exciting!

To tell you a little bit of history:
Opened in 1994, Museo Pambata is the dream come true of Nina Lim-Yuson, an early childhood educator and mother of four, who once brought her young children to the Boston Children’s Museum in America. They had so much fun with the museum's hands-on exhibits that she wished there was a similar place back home where her kids - and the millions of Filipino children - can learn and have fun at the same time. 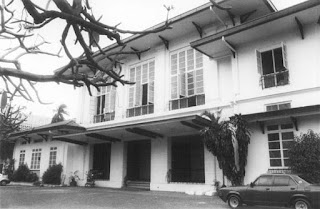 In March 1993, Lim and Yuson presented a proposal of their dream museum, to be situated in the historical Elks Club Building in Manila, to then Manila Mayor Alfredo Lim who had just arrived from a UNICEF Mayors’ Meeting on the Rights of the Child in Mexico City. Much to their joy and surprise, he readily approved it.
The Museo Pambata officers were elected in the first Board of Trustees meeting held in June 1993. Mayor Lim was elected as chairman, Estefania Aldaba-Lim as president, Elizabeth Zobel as vice-president, Wilfrido Tecson as treasurer and Atty. Leocadio de Asis as legal counsel. Nina Lim-Yuson was appointed executive director. Other founding members were renowned stage director Zenaida Amador, Philippine Star founder Betty Go-Belmonte, cultural supporter and businesswoman Doris Ho, National Artist for Architecture Leandro Locsin, PCCI President Jose Pardo, Cultural Center President Teresa Escoda Roxas and businessman Carlos Soriano. The board invited former First Lady Amelita “Ming” Ramos to be honorary chairperson.
Educators, visual artists, architects, museum workers and other professionals met regularly to brainstorm. Concepts were then translated into several theme rooms designed and produced pro bono by architect and stage designer Joselito Tecson.
Scale models were made and presented to prospective sponsors. A brochure conceptualized by premier advertising agency McCann Erickson, led by Emily Abrera, and a 10-minute video produced by Cheche Lazaro's Probe Productions helped "sell" the idea of Museo Pambata.

And to give you some sneak peak on what Museo Pambata is today, check on my album:


Museo Pambata is a non-stock, non-profit organization certified by the Philippine Council for NGO Certification (PCNC), with revenues from investment income; contributions and grants from individuals, groups, foundations, corporations, and government agencies; earned income; and admissions income. For more information you can check on http://www.museopambata.org
Posted by Boy Raket at 8:32 PM