THE TAPSISHOP For Your Big Appetite! 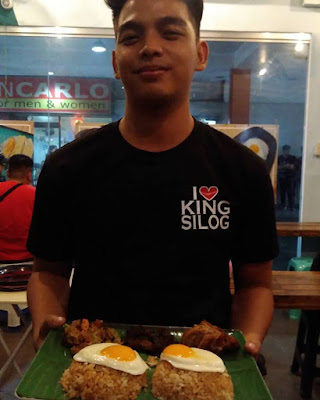 THE TAPSISHOP is a food establishment which serves Filipino all-time favorites like silogs (sinangag plus itlog) and grilled products. Its founder Paul Allan Cruz who was a former OFW has developed all the products since June 2015, including the now famous KingSilog and Pusisig. KingSilog remains the unseated “king” of The TapsiShop and bestseller for its customers. It comprises 2 cups of rice, 2 fried eggs and 1 serving of Tapa. In addition, the customers can choose 2 more ulam to complete the KingSilog.
More recently, The TapsiShop was placed in the foodie world map when its Pusisig was featured by Unang Hirit of GMA 7 and Umagang Kay Ganda of ABS-CBN 2, no less. Pusisig is grilled pusit stuffed with TapsiShop’s krispy sisig. The much coveted 2018 Unilever 2 STAR Certified Sisig Master was also conferred to The TapsiShop because of its innovative sisig recipe, which is the Pusisig.


To date, The TapsiShop has 10 branches, as follows:

📍The TapsiShop MONUMENTO Branch
@ OK Plaza, Victory Liner Compound, Back of Puregold Monumento, Caloocan City
(Open from 11am to 10pm)

📍The TapsiShop TAYTAY HIGHWAY Branch
@ Beside Wilcon Depot Taytay, Near SM Taytay
(Open from 11am to 12mn)