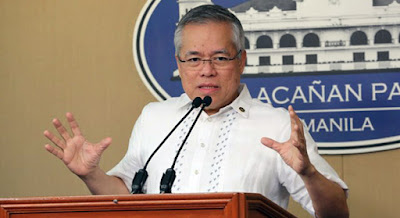 MANILA—Trade Secretary Ramon Lopez expressed confidence in a more optimistic business outlook for 2021 in reaction to the latest Social Weather Stations (SWS) report of the November 2020 Net Economic Optimism, released on January 5. The report, conducted from November 21 to 25, indicated that 42% of Filipinos expect the local economy in better shape in the next 12 months.“The Duterte administration remains committed in its thrust to assist local businesses build back better. This report shows that despite the setbacks that our enterprises faced during the height of the pandemic, Filipino resiliency and innovativeness will always prevail,” Sec. Lopez said.According to the survey, only 18% of Filipinos expects the economy to worsen this year while 28% said it would stay the same. This resulted in the net economic optimism score of +24, which is classified as “high”. The SWS described the November 2020 report as a “recovery” from the mediocre scores of -9 in July and -5 in September of last year.“DTI will continue to implement various programs under the REBUILD PH campaign, or 'Revitalizing Businesses, Investments, Livelihoods, and Domestic Demand,' as we have continuously done when we slowly eased into reopening the economy,” he added.“With 99.5% of our businesses being micro, small, and medium enterprises (MSMEs), DTI shall further strengthen its programs to support MSMEs, such as in training, mentorships, microfinancing and equipment support and market development for enterprises to become COVID-proof. This will save companies that will save jobs. These jobs, in turn, will sustain the incomes that will create demand, which would help to revive the economy,” the trade chief explained.Sec. Lopez further expressed optimism with the government’s forecast that the Philippines will have a 6.5% GDP recovery for 2021. Likewise, he highlighted the signs of economic recovery, which started to be apparent during the latter half of 2020. These range from the continued improvements in GDP growth from -16.5% in Q2 to -11.5% in Q3, and lowered unemployment rate of 8.7% in October from a record-low 17.7% in April.He also noted the Purchasing Managers’ Index (PMI), which reached 50.1 in September, indicating stable conditions in the manufacturing sector, and only slightly dropped to 49.2 in December. There was also the positive growth in exports reaching 2.9% in September but facing -2.2% in October, which the Trade Secretary described as a “minor bump on the road to recovery.”Additionally, Sec. Lopez said that he looked forward to the passage of the Corporate Recovery and Tax Incentives for Enterprises Act (CREATE), calling it a “game-changer” aimed at lowering corporate income tax down to 20% (from the current 30%) for MSMEs or domestic corporations with total assets, excluding land, of not more than PHP 100 million and net taxable income of PHP 5 million and below. The bill is currently at the bicameral conference committee in Congress and is expected to be passed for President Rodrigo Duterte’s signature soon.“As we promote our country in the face of the expected global recovery, we can tap the emerging opportunities and challenges from shifting trade and investment preferences and changing forms of international production,” the trade chief said.He added, “This will be made possible as we continue to fast-track our industrial strategies with re-skilling and upskilling of our workforce along with adapting new technologies. With the aggressive Build Build Build infrastructure development program of the Duterte administration, economic infrastructure will further drive down cost and improve efficiencies in business operations. With a more resilient, inclusive and sustainable effort, we are gearing up for a dramatic recovery for the year ahead.”Sec. Lopez assured that for this year, the Department has laid down targeted programs and projects on investment and exports promotion as well as enhanced livelihood support programs in order to achieve a v-shaped economic recovery, as well as ensuring that not only businesses are supported to bring back more jobs but also the consumer welfare is prioritized.
Posted by Boy Raket at 11:00 AM