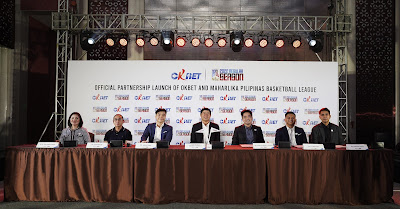 Basketball games were extra festive and colorful in Bacolod as the Maharlika Pilipinas Basketball League's (MPBL) title sponsor OKBet delivered on its promise to bring the city’s MassKara Festival to life a few months earlier this year.

OKBet, the rising star in the local sports entertainment industry and MPBL's official partner for its ongoing fourth regular season, kicked off the two-day "OKBet Goes To Bacolod" event last July 18 at the University of St. La Salle Gymnasium, coinciding with the highly-anticipated games of the country's top regional basketball league.

Among the four teams that played is the city's very own Bacolod Bingo Plus, one of the top performing teams so far this season in the south division — all the more reason for the dubbed “City of Smiles” to cheer and beam with glee.

Following the opening match of the first day, a troupe of local performers donning kaleidoscopic costumes and their signature smiling masks entertained both the ever-blissful Bacolodnon crowds and the passionate supporters that poured in from different places to watch their favorite teams duke it out in the basketball court. 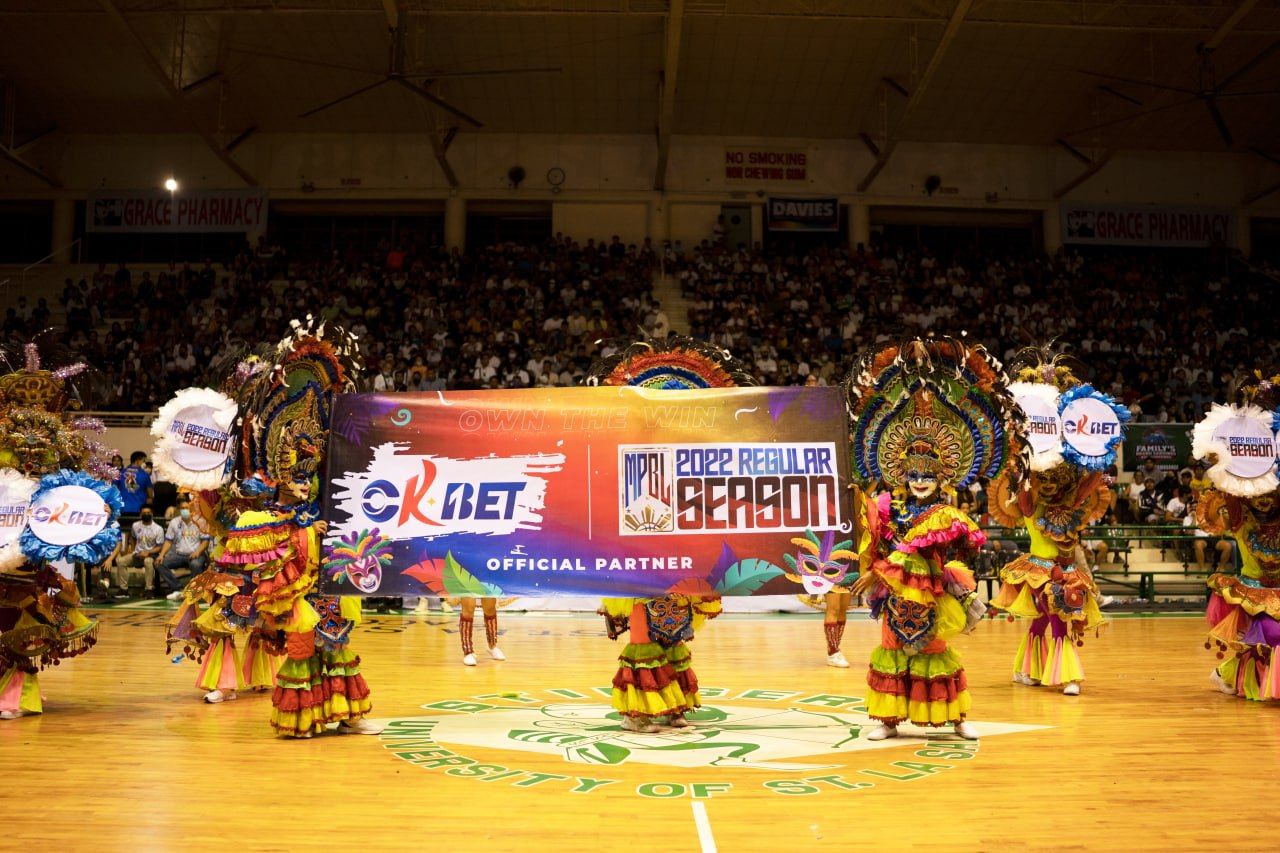 last July 18 at the University of St. La Salle Gymnasium in Bacolod City

A special booth clad in the OKBet brand’s colors was set up in the venue, where lucky fans got their hands on loads of freebies and exciting prizes, including OKBet shirts, lanyards, and the chance to meet-and-greet the players once the games had concluded.

Prior to the basketball action, the multi-industry company also donated hygiene kits to the city government of Bacolod, as part of its ongoing string of corporate social responsibility initiatives that took off just a week earlier in Muntinlupa. This was done during the press conference hosted by Bacolod City Mayor Albee Benitez that welcomed the MPBL delegates. 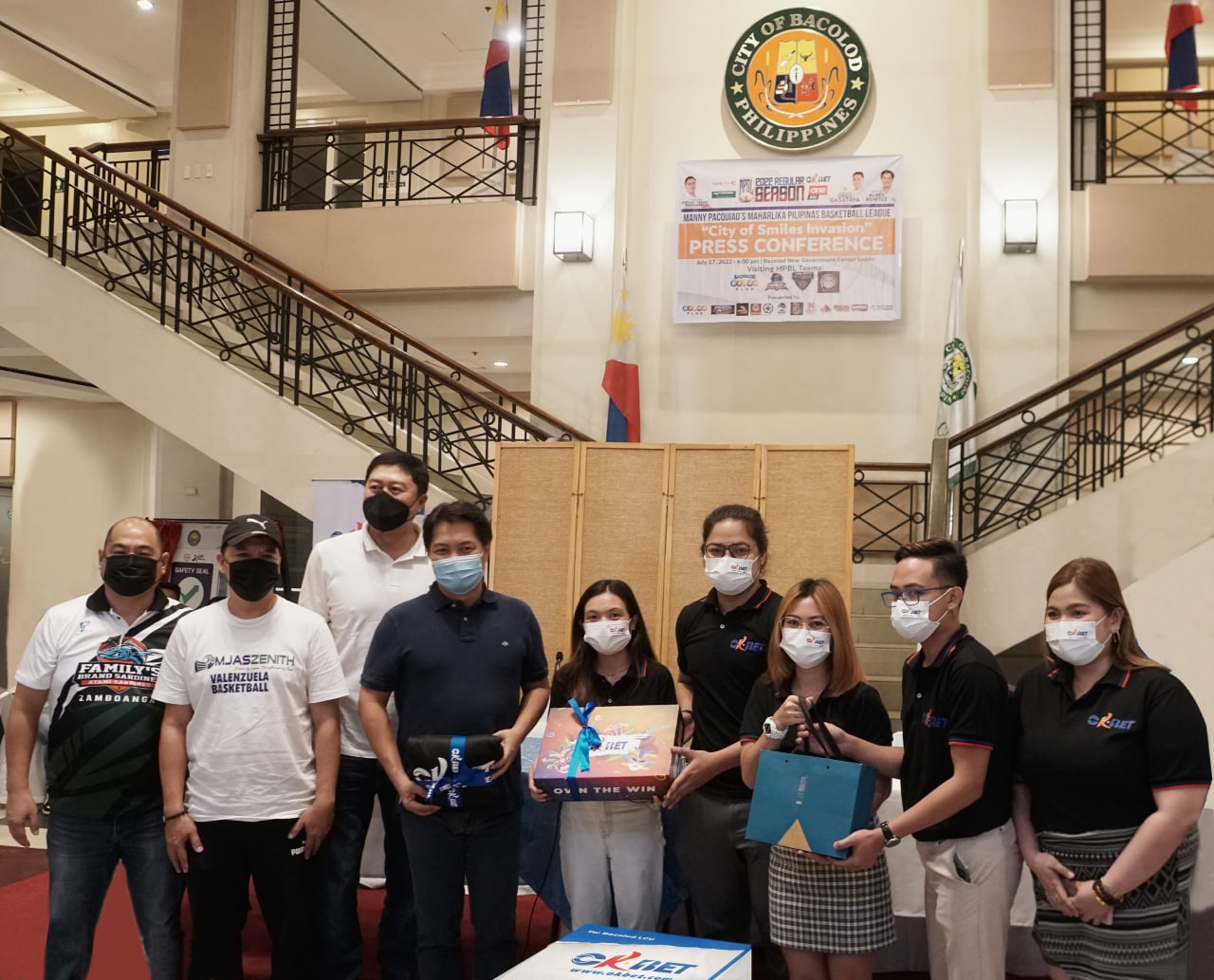 The rather early celebration, which may very well be the first of many, follows OKBet’s commitment to support and celebrate all things Filipino — this time, with our joyful nature, world-class creativity,  and undeniably fun-loving culture put in the spotlight. Coupled with our proud fighting spirit, these culture-defining traits explain why our people love competitions and sporting events so much. OKBet wishes for us all to embrace such traits, as part of nation-building moving forward.

Over a month ago, this new name in the local gaming and sports entertainment industry unveiled an awe-inspiring mural in the world-famous Tenement Court in Taguig City. The massive artwork, done in collaboration with the Tenement Visual Artists, marked the company's promise to further promote the basketball scene and the countless aspiring athletes in the country after sealing their partnership with MPBL. MPBL league commissioner Kenneth Duremdes formally welcomed OKBet as this season's title sponsor back in June 12 in a joint press conference held at the Grand Ballroom of the Okada Manila in Parañaque City. He noted that the two parties share a common goal in empowering home-grown talents for them to reach their full potential, especially in these trying times when we are still recovering from the COVID-19 pandemic.

By embracing and continuously celebrating the Filipino culture and identity, our people's happiness and fulfilment can outshine those of the smiling masks in Bacolod. The early celebration can be all year long instead.

Learn more about OKBet at www.okbet.com.