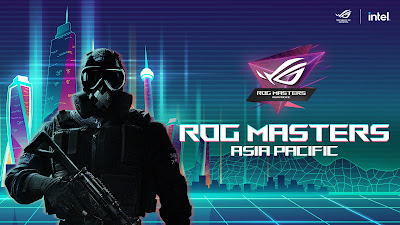 Pasig City, Philippines (August 22, 2022) — ASUS Republic of Gamers announced the start of the ROG Masters Asia Pacific 2022. The esports tournament that started August 15 with a prize pool of US$40,000 will pit the best Tom Clancy’s Rainbow Six: Siege teams across the region against each other for a spot at the grand finals in Bangkok Thailand.

“We built the ROG line to create a platform for gamers of all levels to develop their skills, and the ROG Masters APAC is our way to allow them to showcase their incredible talents” said Peter Chang, General Manager, Asia Pacific Region, System Business Group at ASUS. “This year, with Rainbow 6: Siege, we aim to cultivate the best teams across APAC for a phenomenal showdown in Bangkok.”

Launched in APAC in 2016, the ROG Masters APAC continues to bring the best esports opportunities for gamers across the region with a focus to nourish future local talents and provide a pathway for them to an international spotlight. This year, for the first time, ROG Masters APAC 2022 will feature the fast-paced tactical action of Tom Clancy’s Rainbow Six: Siege.

Players from the Southeast Asia, South Asia, Japan, and South Korea regions can register at the official tournament page at: www.rogmastersapac.gg from August 15 to September 15. Regional Qualifiers will take place online on September 17 to 18 with qualifying teams competing in Regional Finals on September 24. The Regional Finals will be broadcasted live online across multiple languages as well as the Grand Finals that will take place live in Bangkok at the Thailand Game Show on October 21 to 23.

Republic of Gamers (ROG) is an ASUS sub-brand dedicated to creating the world’s best gaming hardware and software. Formed in 2006, ROG offers a complete line of innovative products known for performance and quality, including motherboards, graphics cards, system components, laptops, desktops, monitors, smartphones, audio equipment, routers, peripherals and accessories. ROG participates in and sponsors major international gaming events. ROG gear has been used to set hundreds of overclocking records and it continues to be the preferred choice of gamers and enthusiasts around the world. To become one of those who dare, learn more about ROG at http://rog.asus.com.