It will surely be a fun night as more guests will join Darren Espanto at his first major concert entitled “Darren Espanto D Birthday Concert” this May 29 at the Mall of Asia Arena. TV Host Robi Domingo, G-Force and Asia’s Got Talent Grand Winner El Gamma Penumbra will be added to the list of guests aside from previously announced: The Voice of the Philippines Season 1 Champion Mitoy Yonting, The Voice of the Philippines Season 2 Champion Jason Dy and runner-up Alisah Bonaobra. 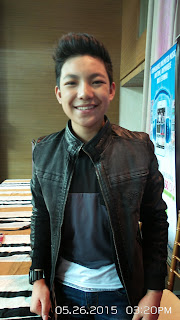 “I am so happy that Kuya Robi, G-Force and El Gamma Penumbra will be able to join me on this very special event,” Darren said. “I know you want to find out what we will do during the show but all I can say right now is I’m sure you will enjoy our number if you will watch my concert.”

Robi Domingo is a VJ, actor, dancer, and host. He first gained popularity as a reality show contestant by joining and ending up as the first runner up of the hit television show Pinoy Big Brother Teen Edition Plus in 2008.

G-Force is a dance group described as innovative, hip, and fresh. The group regularly performs in A.S.A.P and other special projects of ABS-CBN.

El Gamma Penumbra is a shadow play group which was recently declared the winner of Asia’s Got Talent. The group not only impressed the judges: Grammy-winning producer/composer David Foster, Spice Girl Melanie C, Taiwanese star Vaness Wu and Indonesian singer Anggun but was also voted by the audience all over Asia as the first winner of the said contest. 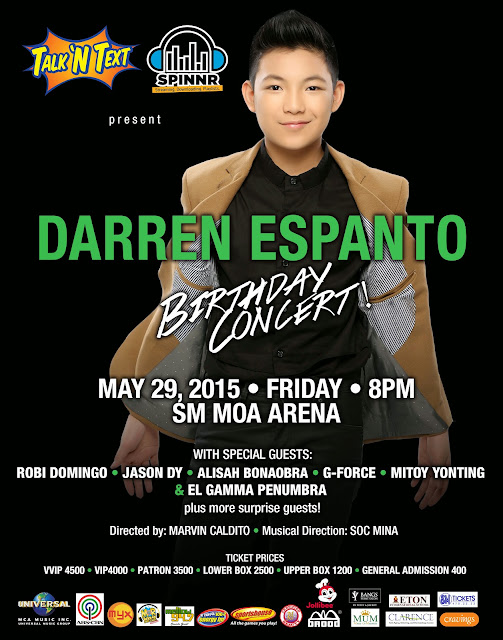