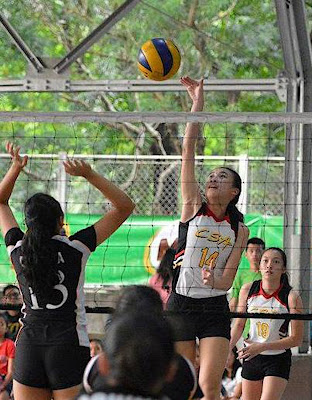 Top-ranked teams from across the National Capital Region will battle it out on the semi-finals of the 21st season of Women’s Volleyball League (WVL), one of the country’s biggest and longest running volleyball tournaments for girls. Organized by BEST (Basketball Efficiency and Scientific Training) Center and sponsored by Milo, the games will be held on Sunday, February 26, 2017 at the Xavier School High School Gym.

Colegio San Agustin will face Jubilee Christian Academy in the first set of 13 and Under Competitive Division while Escuela de Sophia Caloocan and Kings Montessori School will face in another set. Meanwhile, College of San Agustin will try to oust St. Paul’s College Makati while School of Holy Spirit will play against School of Saint Anthony in the 13 and Under Developmental Division.

On the other hand, Kings Montessori School will face Hope Christian High School in the first set of 17 and Under Competitive Division while La Salle College Antipolo will go against San Pedro Relocation Center National High School in another set. In the 17 and Under Developmental Division, Saint Pedro Proveda College will battle against Colegio de Sta. Rosa while St. Paul’s College Makati will compete against School of St. Anthony.

Winners for each set will be competing against each other for the 21st WVL championship title to be held at San Beda College Gym in Metro Manila on March 5, 2017.

BEST Center is nationally renowned for its great contribution to sports development in the Philippines. Because of the clinic’s dedication to not only producing future champions but also promoting sports and physical fitness among kids, BEST Center is cited by the Philippine Sportswriters Association (PSA) and the Olympism Award from the Philippine Olympic Committee (POC) as hall of famer. Meanwhile, WVL has recently received a citation from the Philippine Sportswriter Association last Febrauary 13, 2017 during its PSA Awards Night "for being a consistent breeding ground of young talens in volleyball for the past 20 years”. By continuously organizing sports event such as WVL as well as SBP-Passerelle Twin Tournament, an annual basketball competition for kids aged 9-14, BEST Center is confident that the sport in the country will continue to grow in both popularity and equality.


For more information about the BEST Center Women’s Volleyball League and BEST Center’s volleyball clinics and tournaments, call 411-6260, 3723066 and 372-3065, email bestcentersports@gmail.com or follow its official Facebook page at https://www.facebook.com/pages/BEST-Center-Sports-Inc/66172039922.
Posted by Boy Raket at 9:32 PM