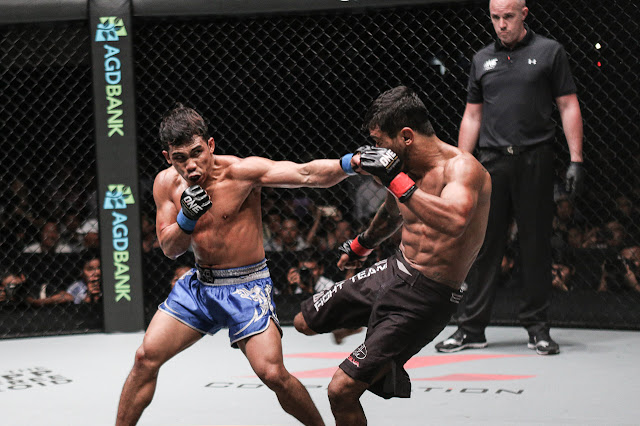 In the sport of mixed martial arts (MMA), every fighter dreams of becoming a world champion because it signifies that they have reached the pinnacle of success.
Competitors invest blood, sweat, and tears to achieve the ultimate career-defining moment of having a gold-plated strap wrapped around their waists and hearing the announcer declare their names as champions.
Like any other professional MMA competitor, Brazilian fighter Alex “Little Rock” Silva has the same desire of becoming a world champion in the sport.
According to the 34-year-old submission specialist, winning an MMA world title is what keeps him focused and motivated to continue the intensive work at the gym.
“My goal is to be champion. I know where I am right now and where I will be in the future. That’s why I am taking it one fight at a time and continuing the hard work in training. I will just be focusing on reaching my goal regardless whom I face inside the cage,” he said.
Widely recognized as one of the best strawweight combatants in ONE Championship today, Silva is riding high on a three-fight winning streak.
In addition, he is known to be a world-class Brazilian Jiu-Jitsu practitioner with a terrifying ground game and a knack for securing highlight-reel submission finishes. Four of his professional career wins came by way of submission.
Silva has the opportunity to cement his status as the next contender for the ONE Strawweight World Championship if he will play his cards right against Filipino stalwart Roy Doliguez.
Both men are set to collide on the undercard of ONE: THRONE OF TIGERS, which takes place at the 12,000-capacity Stadium Negara in Kuala Lumpur, Malaysia on 10 February.
Silva believes that a convincing victory over Doliguez will put him closer to a date with current titleholder Yoshitaka Naito as his opponent once vied for the ONE Strawweight World Championship.
“It’s really up to ONE Championship. But I already won three-straight fights. My opponent fought for the world title before. If I get an impressive win in this fight, there’s a big possibility that I will get a title shot in my next fight,” he stated.
Although he has his sights set on a heftier prize, Silva clarified that defeating Doliguez is his main priority.