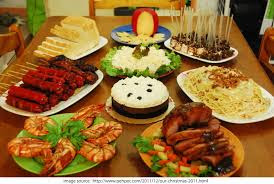 Amidst reports of price adjustments of some brands of hams and cheese products, the Department of Trade and Industry (DTI) reported the assurance of majority of producers that supply and prices of Noche Buena products such as pasta, sauce, bread, and hams remains stable.


The trade chief shared that market competition has enabled businesses to do creative product promotions such as bundling and discounts for the whole package. For example, sauces were bundled with pastas and sold at more affordable prices.


“This is competition at play. Even in the ham category, products are so competitive that discounts are being given and several variants that serve different market segments are being offered with affordable pricing,” added Sec. Lopez.

Several meetings with Noche Buena product players also confirmed that there will be no price increase for pasta, sauces, cheese, ham, and canned tuna until December 2017.


On the other hand, a premium brand of bread increased its price by only one peso per loaf while other brands of bread have kept their prices stable as of October this year.


Trade Secretary Lopez encouraged consumers to use “e-Presyo”, an online based price monitoring platform, to be guided while buying their Noche Buena products for the Christmas Season.

*This is Press Release
Posted by Boy Raket at 10:10 PM