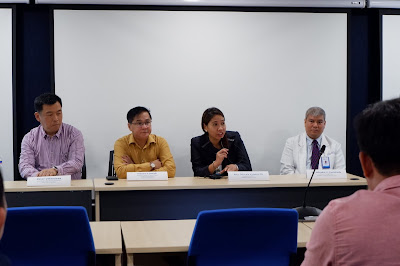 Qualimed, a healthcare network facility which is consistently providing quality healthcare innovations that is affordable and accessible to all. In collaboration with Sharp Philippines Corp., a global leader in electronics manufacturing, QualiMed Health Network relaunched its newest facilities, the QualiMed Hospital-Sta. Rosa, Laguna last March 22, 2018.

Held at the QualiMed Training and Research Center (QTRC), the event was attended by medical professionals and top executives from both QualiMed and Sharp. In addition, country's biggest print media companies and online bloggers. During the event, QualiMed STR and QTRC showcased their state-of-the art facilities and latest medical technological innovations. 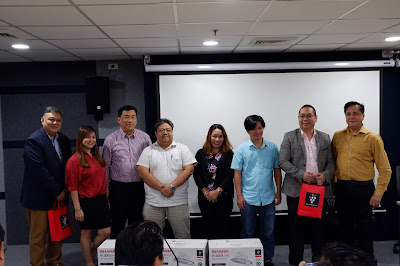 “In the Philippines, kung pupunta po kayo ng abroad, you could pass by the Mabuhay lounge. Actually, we have already installations in their canteens and smoking sections. Definitely an air purifier has beneficial effects in the smoking areas,” Mr. Lontoc said.

“Even in the car, we have car ion generator. It can deactivate all the odors, even the food smells. The need of plasmacluster is whenever there is air contamination particularly.” he added.

With Qualimed as their hospital partner, Sharp aims to set the goal to help produce quality air through their newest technology Plasmacluster Ion (PCI) Technology. It is a unique air purifying technology developed by Sharp. It strongly supplies comprehensive protection against airborne threats in a safe and chemical-free way. This is highly recommended for people suffering from asthma and allergic rhinitis.

At the latter part of the event, Sharp held a raffle draw for all the guests and gave away their Plasmacluster Ion Technology. Qualimed’s Dr. Jose Tecson and COO Atty. Vanguardia led the hospital tour to showcase the high-tech facilities and the installed PIC technologies. 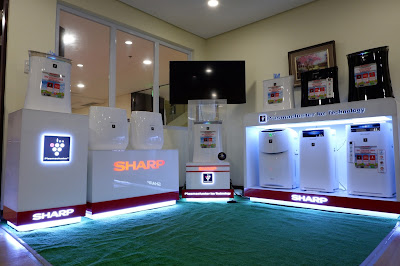 The significant cooperation between Qualimed and Sharp leans towards their goal of establishing sustainable and healthy environment for all. Thus, this milestone in medical industry is more than a contribution towards its longstanding goal in giving quality healthcare. Qualimed-Sharp innovations collaboration painted a hopeful addition in nation building that boldly suffices the market and society’s constantly changing demands.
Posted by Boy Raket at 6:30 PM