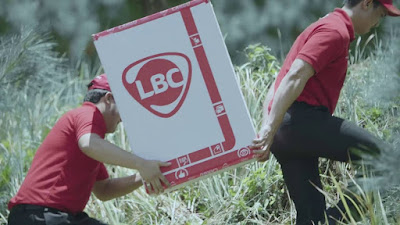 For many decades, LBC has provided service that goes above and beyond the norm to help customers.This   is   why   it   stands   happy   and   proud   behind   the   Aming   Ligaya   campaign,   where   LBC facilitates a  more  personal encounter between their exemplary LBC agents and customers they have served well.A few months ago, LBC customer Ms. Roehlyn Del Rosario called the LBC hotline to follow upthe delivery of her shipment containing clothes and cookies. After a few calls, Ms. Del Rosariospoke with LBC agent Jeca Poquita and TL Baylon Ausan and anxiously informed them that her consignee was scheduled to leave for abroad the next day and requested for the immediate delivery of her shipment. Agent Jeca and TL Baylon assured Ms. Del Rosario that her shipment would be delivered that same day and started to coordinate with other LBC employees to facilitate and monitor  the delivery of  Ms. Del Rosario’s  shipment until it  was successfully handed over to her consignee on that same day. On January 15, 2019, at the LBC Landmark Alabang Branch, Ms. Roehlyn Del Rosario was ableto personally meet Agent Jeca and TL Baylon via Aming Ligaya. It was evident that Ms. Del Rosario was eager to meet the two LBC employees since she chose to meet up with them even though she just recently gave birth. Ms. Del Rosario was smiling as she spoke with agent Jecaand TL Baylon and thanked them for their assistance. She even apologized to agent Jeca for her frantic demeanor during her follow up calls and explained that her anxiety about her shipment got the best of her at the time. At the end of their meet, Ms. Del Rosario expressed her gratitude by saying that the service she received from agent Jeca and TL  Baylon  was extra-ordinary and their actions have given her the confidence and trust to continue using LBC for her future transactions. LBC Agent Jeca and TL Baylon were visibly happy and delighted as they met and interacted with Ms. Del Rosario. Jeca said that it was nice to speak with a customer face to face and feel 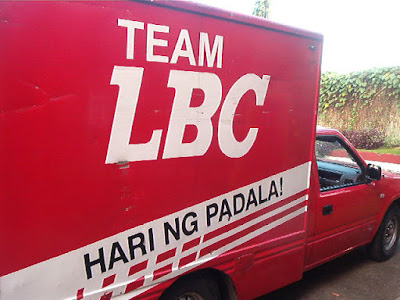 her sincere appreciation. Agent Jeca also mentioned that meeting Ms. Del Rosario made her realize how being sincere and dedicated to her job genuinely helped people. Both Agent and TL  were  likewise glad  to meet a customer and said he  was  grateful that Ms. Del Rosario commended  him  personally.   TL  Baylon  expressed  that  being  part  of  LBC’s  Aming Ligaya campaign made him want to continue serving more customers because it gave him the feeling of satisfaction knowing that all the effort he puts in his job pays off.   The Aming Ligaya campaign is LBC’s way of shining the spotlight on LBC customers especially its exemplary employees and how essential it is to set a venue for them to interact after aservice has  been  well fulfilled.   Moreover, through the campaign, LBC hopes to drive  the message how much they value their people- and how committed they are in serving their customers the best way possible.

LBC is the Philippines’ market leader in retail and corporate courier & cargo, money remittance, andblogistics services. With a growing network of over 6,400 branches, hubs & warehouses, partners, and agents in over 30 countries, LBC is committed to moving lives, businesses, and communities and delivering smiles around the world. Listed in the Philippine Stock Exchange through LBC Express Holdings, Inc., LBCaims to deliver value to all of its stakeholders, as it has for over 60 years.  Founded in 1945 as a brokerage and air cargo agent, LBC pioneered time-sensitive cargo delivery and 24-hour door-to-door delivery in the Philippines. Today, it is the most trusted logistics brand of the Global Filipino. LBC can move it for you: visit www.LBCexpress.com, or call telephone +632 8585 999 (Metro Manila), 1 800 10 8585 999 (Provincial),+632 9086 522 (Solutions) and follow LBC Express (Facebook and Twitter).
Posted by Boy Raket at 6:24 PM