STORY OF GOD SEASON 3: AN EVEN CLOSER LOOK INTO HOW FAITH FORMED THE WORLD 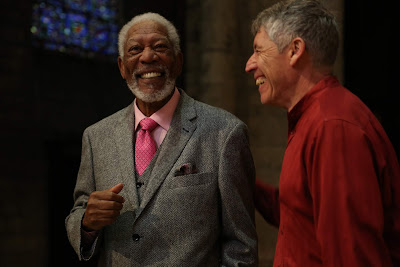 Faith, religion, belief, and spirituality — these are often regarded as difficult and delicate topics amongst many groups of people. It’s so personal and nuanced to each person that it guides and shapes how they act and approach the world, but it can also vary so vastly that it has come between people and communities.

All of this is part of why religion is so critical to how communities and cultures are shaped and formed, how they relate to each other, and why they are where they are today. And this is exactly what National Geographic’s documentary series, Story of God, wants to explore — the impact of faith, the history of religions, and most importantly, the answers to the difficult higher power-related questions that we’ve all asked once in our lives.

Hosted by Morgan Freeman, Story of God is now on its third and most ambitious season, exploring harder questions and discovering more about varying religions around the world.

The first two seasons have already set the bar high. The show took a closer look at how different faiths around the world interpreted the afterlife, and what they believed happened after death. It also took a closer look at the possible beliefs regarding the end of the world, and on the flipside, the beginning of it all. The show tackles some of the most difficult questions known to man: why does evil exist? Is there a heaven? Who is the chosen one? 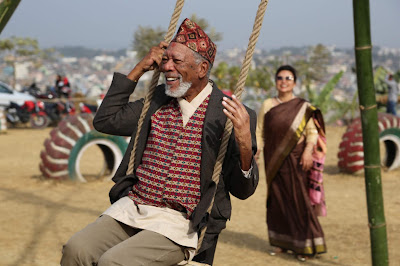 It wasn’t easy to find answers, but the show managed to discover the different truths around the world through research and in-depth interviews with key people. This also allowed the audiences to not only be told the answers, but to live them and experience them as well. From the Wailing Wall in Jerusalem, the Mayan temples in Guatemala, to the banks of the Ganges River, audiences saw first-hand how the divine is worshipped around the world.

As difficult as it may sound, season three takes the shows vision even further. For the third instalment, an exclusive first-look partnership deal was signed between National Geographic and Revelations Entertainment. The latter, owned by Freeman himself, will aid in creating more nonfiction content to expand the series franchise.

Thematically, the third season takes a darker, but arguably even more important turn, with an exploration on the devil, sin, and religious law. It explores motifs of morality — what truly is wrong and right — and whether or not God does live amongst people.
Season 3 offers 6 episodes, following Freeman through 30 different countries including Kathmandu, Hanoi, Jericho, and Lourdes. It features encounters and interviews with druids, shamans, priests, two ‘living goddesses”, a former executioner, and one imam — amongst many others.  The sheer amount of insight from these individuals alone offers a unique and eye-opening journey into the culture and beliefs around the globe.

“We're hoping that most people will take away something in particular, and that particular thing would be: we must all be tolerant of other belief systems because they all narrow down and they all boil down to the same core idea — that love works,” Freeman says in an interview with The Christian Post. “

“One of the things we love most about doing this series is finding the interconnected threads all humans share across different cultures, faiths and ideologies when it comes to seeking understanding of life's great mysteries," Freeman shares in another interview with NextSeasonTV. "I hope this series continues to not just entertain and inform, but also to open dialogue that will allow us to understand our neighbours.”

FOX+ is the only video-streaming service in Asia that combines TV series, movies and live sports, in one place, accessible from any device, at any time and in HD. With a combination of first-run Hollywood blockbusters and hit Chinese series and movies, FOX+ is the ultimate destination for entertainment. More than 11,000 hours of programming across multiple genres are available, comprising of the most popular content from global movie studios and television channels, as well as original FOX programming and FOX+ exclusive content.
https://www.foxplus.com/
https://www.facebook.com/FOXPlusAsia/
Posted by Boy Raket at 7:00 PM