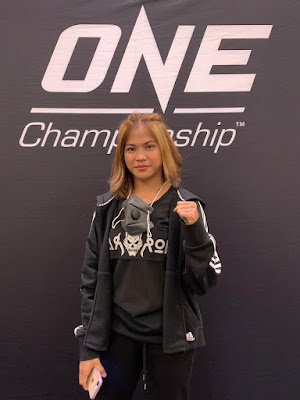 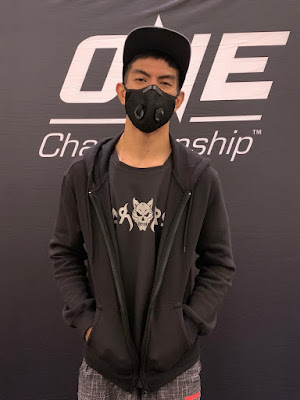 The two ONE Championship athletes participated in a short Q&A session with the media ahead of their respective bouts at ONE: A NEW BREED -- a live, closed-door, audience-free event scheduled for this Friday, 28 August in Bangkok.

“My preparations for this fight have gone very well. I’m on weight, in fact, even a little under. I’m very excited for my next fight. This card is also special because I get to perform on the same night as my older brother Drex. I’m excited for his ONE Championship debut. Hopefully, we will both be successful in both of our fights. The goal has always been to become brother and sister world champions,” said Denice Zamboanga.

“I took this fight because I want to stay active, especially now that national borders are still closed. I grabbed the opportunity to fight in Thailand, since I’m already here. I’m not underestimating my opponent (Watsapinya Kaewkhong) at all. At this level, every opponent is top notch. Once everything goes back to normal, I know I will meet Angela Lee at some point. We’ve trained very hard. Our conditioning is great. We have a great game plan heading into this matchup.”

On the other side of the spectrum, 27-year-old Drex Zamboanga is ready to make his first appearance in the ONE Championship ring. Drex will take on Thai amateur mixed martial arts champion Detchadin “Detchpool” Sornsirisuphathin also in a three-round mixed martial arts contest.

“Everything has gone good so far here in Thailand. Even if we went on lockdown, we still got some good quality training in. We’re blessed to have the support of the Filipino people, and our Thai friends here. I’m glad to be in ONE Championship, making my debut. I’m happy and this is the first time me and Denice will be on a huge card together,” said Drex Zamboanga.

“This is also the first time I will perform in such a huge event with no audience. I’m inspired by the thought of my family back home watching me fight. This gives me extra motivation to put together my best performance. In fact, millions of fans around the world will be watching, so I have to showcase my skills and give it my all. I’m very excited for this Friday night. This is the biggest stage for mixed martial arts in Asia. It’s a completely different level. The ONE flyweight division is stacked with amazing talent, including my idol Demetrious Johnson, so I’m inspired by the possibilities. I welcome whatever challenges may come.”

Catch ONE Championship's Zamboanga Siblings at ONE: A New Breed on Friday, August 28, on One Sports and One Sports+.