CoinSwap Space: A Promising Startup That Can Take On Any DEX In The Future 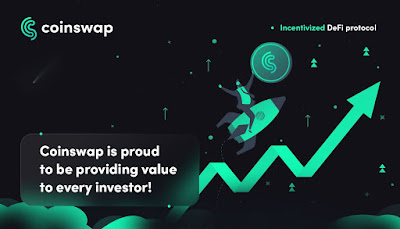 As a startup project, CoinSwap Space created a great impact among many people, especially those in the DeFi and crypto space.During the launch, last April 30, CoinSwap Space made a lot of early investors. Taking their chances to become one of the early adopters of the $CSS token.CoinSwap Space only released a total initial supply of 400,000 $CSS tokens, which will be fully utilized for initial liquidity.But as a startup, it is unavoidable for some issues to occur during the launch, and most of them are technical issues like APR, Friend Referral Count, wallet connectivity and others, that were experienced by the early adopters or buyers.Due to that incident, some investors and speculators became impatient and raised their complaints to the business, to which the community managers and admins addressed accordingly, telling them that this will all be resolved very soon.And just recently, the APR issue and the referral counter have been addressed and resolved within a matter of hours.Now, the project is aiming to work on its roadmap which deals with Data Protocols like Graph Integration, Top Indexing Protocol, and SDK development kit.In conclusion, the overall launch was a success, and as a startup project that is being lined up to the likes of Uniswap and or Pancakeswap, CoinSwap Space may have a long way to go. But it is not impossible to reach its goal, especially that they are unique as a platform. Being an autonomous AMM, an incentivized DeFi Protocol and using BSC (Binance Smart Chain) Technology.
Posted by Boy Raket at 5:00 PM