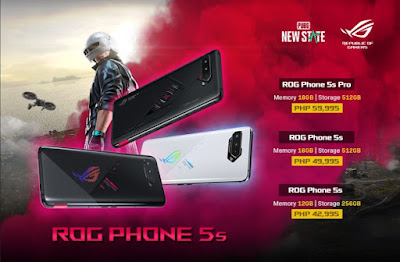 PASIG CITY, PHILIPPINES (DECEMBER 8, 2021) — This is worth the wait! ASUS Republic of Gamers (ROG) Philippines officially announces the availability and pricing of the ROG Phone 5s Pro and ROG Phone 5s. The most-awarded gaming smartphone comes even better with new upgrades and distinct features such as the ROG Vision rear display and the signature GameFX audio system.

Full details can be found at this link: https://ph.rog.gg/ROGPhone5s

The undisputed king of gaming smartphones has levelled up - The ROG Phone 5s series is now souped up and powered by the latest Qualcomm® Snapdragon® 888+ 5G which packs industry-leading innovations in 5G, AI, gaming, and camera technologies. The Snapdragon 888+ comes with a Kryo 680 CPU Prime core clock speed at up to 3.0 GHz and the 6th generation Qualcomm AI Engine.

The GameCool 5 cooling system in the ROG Phone 5s series has an optimum thermal structure featuring a centered CPU with the battery split into two parts, one located on each side of the CPU. This ensures that the heat generated by the CPU is transferred to all the edges and corners of the chassis simultaneously for higher thermal efficiency.

Cutting-edge displays have been a signature ROG Phone feature since its inception, and the ROG Phone 5s series continues this tradition. Boasting an improved 360 Hz touch-sampling rate, the 144 Hz / 1 ms AMOLED HDR display — delivers a super-smooth gaming experience, with an ultra-low touch latency.

The Armoury Crate which includes a performance manager includes the X Mode, with multiple system profiles to give gamers even more performance settings and performance tuning tools, so they can instantly adapt the phone to the task at hand.

In addition, the AirTrigger 5 control system and 10 different motion controls gives gamers up to four distinct ways to interact with their ROG Phone 5s, delivering an unrivaled level of game control.

To extend both screen-on time and the lifespan of the monster 6000 mAh battery, ROG Phone 5s series is optimized using software optimizations and power-saving mechanisms, including a charging upper limit, steady charging, and enhanced scheduled charging. Rapid charging is assured by the bundled 65-watt HyperCharge adapter, which gets gamers up and running again in the fastest possible time. 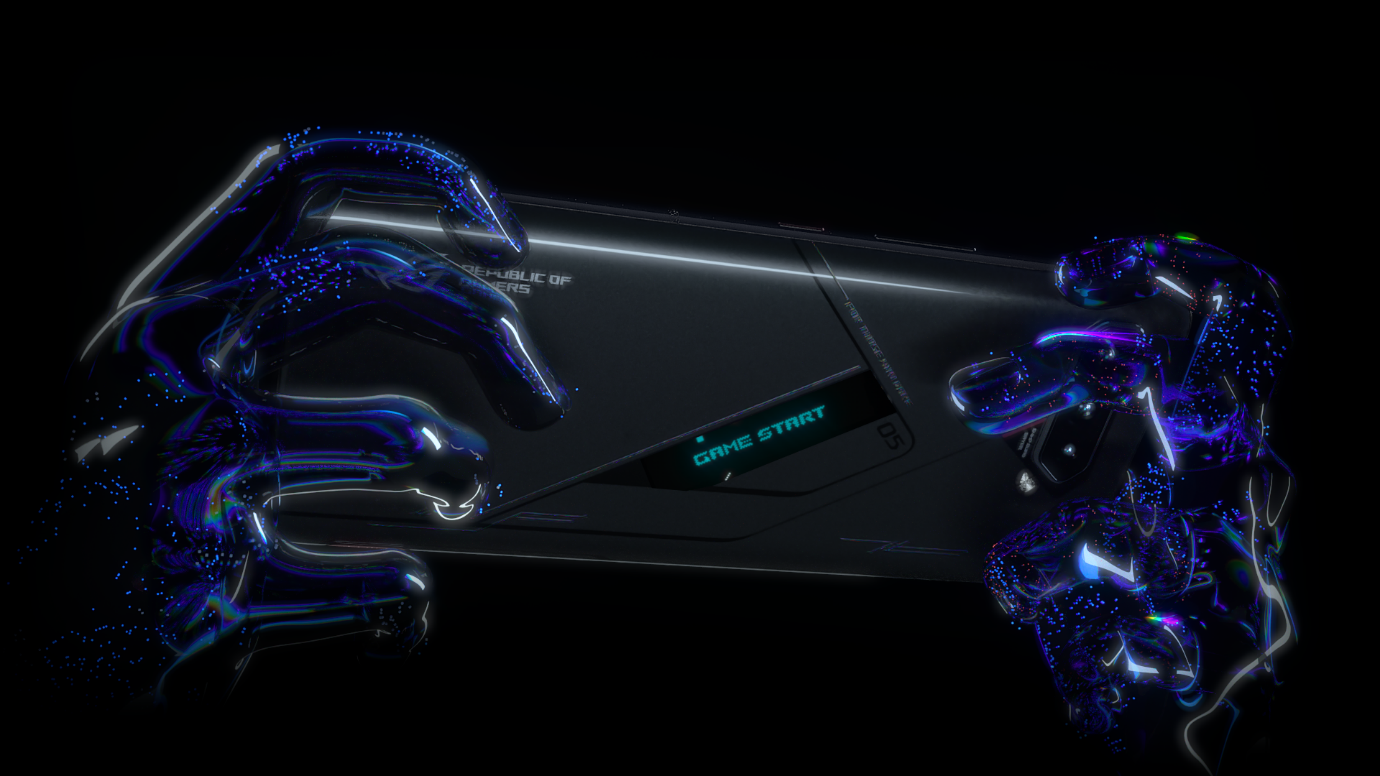 The ROG Phone 5s Pro let gamers make their presence known to the world with the exclusive ROG Vision, a pioneering rear matrix display unique to the ROG Phone lineup.

ROG Vision can display a variety of cool animations that show whether the phone is charging, if there's an incoming call, whether X Mode is enabled, and more. Owners can even create custom animations to make their phone even more personal.

Additionally, ROG Phone 5s Pro comes with 18 GB of LPDDR5 RAM, which dramatically increases the overall gaming performance and takes the user experience to the next level. 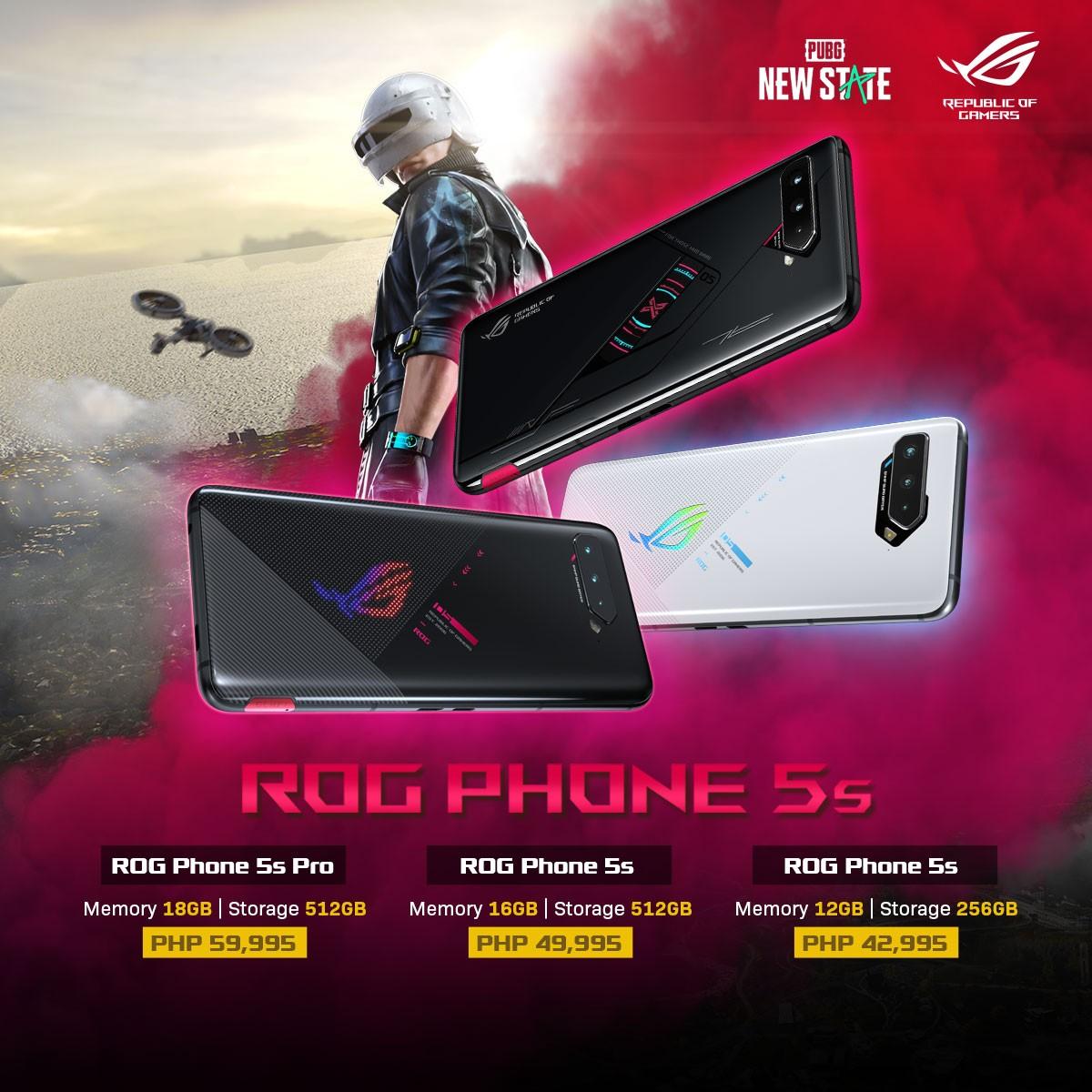 The ROG Phone 5s Pro at 18GB/512GB will be available in the Philippines in the Phantom Black colorway starting Mid-December 2021 at the price of PHP 59,995. This particular variant comes with the Aero Active Cooler 5 out-of-the-box which is priced at PHP 2,495.

Participating Dealers of the ROG Phone 5s series can be found on the following link: https://ph.rog.gg/ROGPhone5s_WTB

For fans who wants to kick-off gaming on their new ROG Phone 5s, the republic has a treat for you! ASUS ROG has partnered with PUBG: NEW STATE to bring you exclusive downloadable in-game items so you can represent the brand! Regardless playing on an ROG Phone or not, the ROG Phone parachute and ROG Phone T-shirt items can be redeemed by signing up at the http://www.rogphone5sxpubgnewstate.com website and using the promotional code 'iloverogphone5s' to claim their serial number. The promotion is valid until 12th May, 2022.