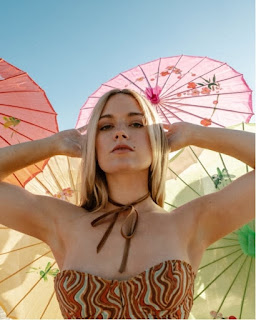 California-based platinum singer-songwriter Ashe releases “Another Man’s Jeans” (out on Mom+Pop Music), with a stunning music video that premiered HERE.

Click HERE to listen to "Another Man's Jeans" now. “Another Man’s Jeans” cuts right to the chase in conversation with an ex. Wild guitar licks wrap around handclaps as horns pipe up in the background before Ashe declares, “I don’t want to talk about the fights in your mustang, let’s just think about the nights drinking rosé-colored champagne.” On the inspiration for the track, Ashe proclaimed: “‘Another Man’s Jeans’ is about unashamed and uninhibited confidence, loosening up and having a good time. It sounds like what carefree feels like. It’s sexy! And loud! And fun! It’s a reminder to not take life too seriously.”  Following a three-day shoot at the W Hotel in Punta Mita, Mexico, Ashe, whose music videos are shot exclusively on film, returned to the US only to find out a week later that all of the footage was unusable. It was the biggest production she had ever done and took months of preparation. The news was devastating to say the least but nonetheless she made it back to Mexico to re-shoot the entire thing. Watch her explain the story on her TikTok HERE and HERE. 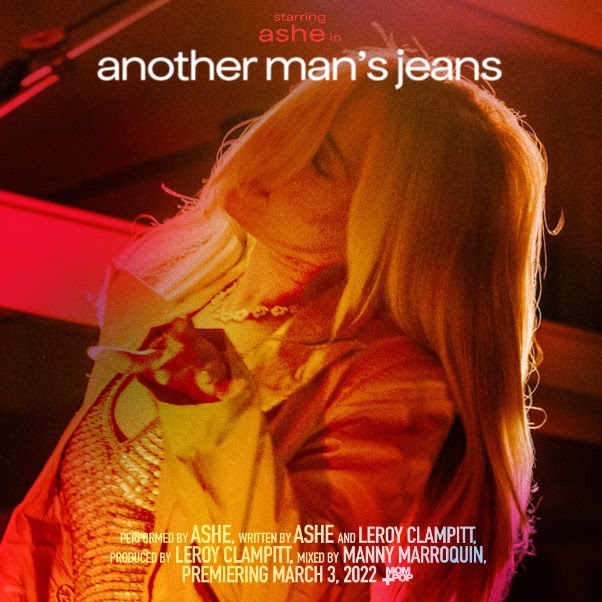