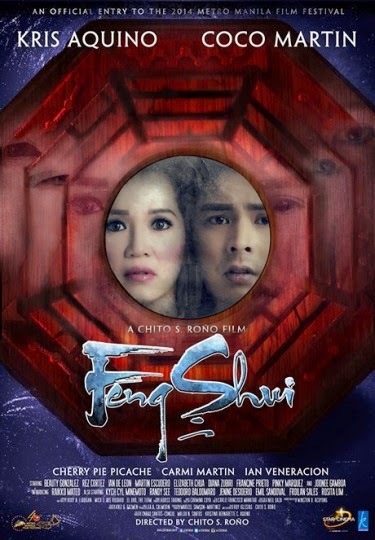 Get ready for a  spine-chilling Christmas in the much awaited continuation of Feng Shui -  a landmark film that is arguably considered as the greatest horror movie in the history of Philippine cinema.

For the past 20 years, Star Cinema has consistently produced unforgettable blockbuster horror films that have all earned sustained critical and mainstream accolades. One of the most influential and major artistic proponents of the industry's continually thriving horror genre is master storyteller Direk Chito Roño, who seamlessly weaved such certified modern horror classics such as the very first Feng Shui(2004), Sukob(2006) and The Healing(2012) among many others.

Queen of All Media Kris Aquino, on the other hand, is also rightfully recognized asthe queen of the horror genre in Philippine cinema after 2004's Feng Shui became the very first horror film that successfully breached the P100M mark in the box-office during a time where drama, comedy and love stories were the prevalent trends in the big-screen.

A decade ago Joy(portraid by Kris Aquino) was consumed by greatestgreed and her wish to provide a good life for her family. Unbeknowst to Joy, mystic forces were at work as her wildest dreas came true. Before she knew it, Joy was tangled in a malevolent web of terror as caused by an ancient bagua that preys on peoples desires.

Joy eventually destroyed the bagua to break its evil curse only to find out today, 10 years after, that it now belongs to a new owner, Lester. Together, Joy and Lester will be foreced to team up in a race against time to foil the unimaginable horrors that the bagua is bound to unleash.