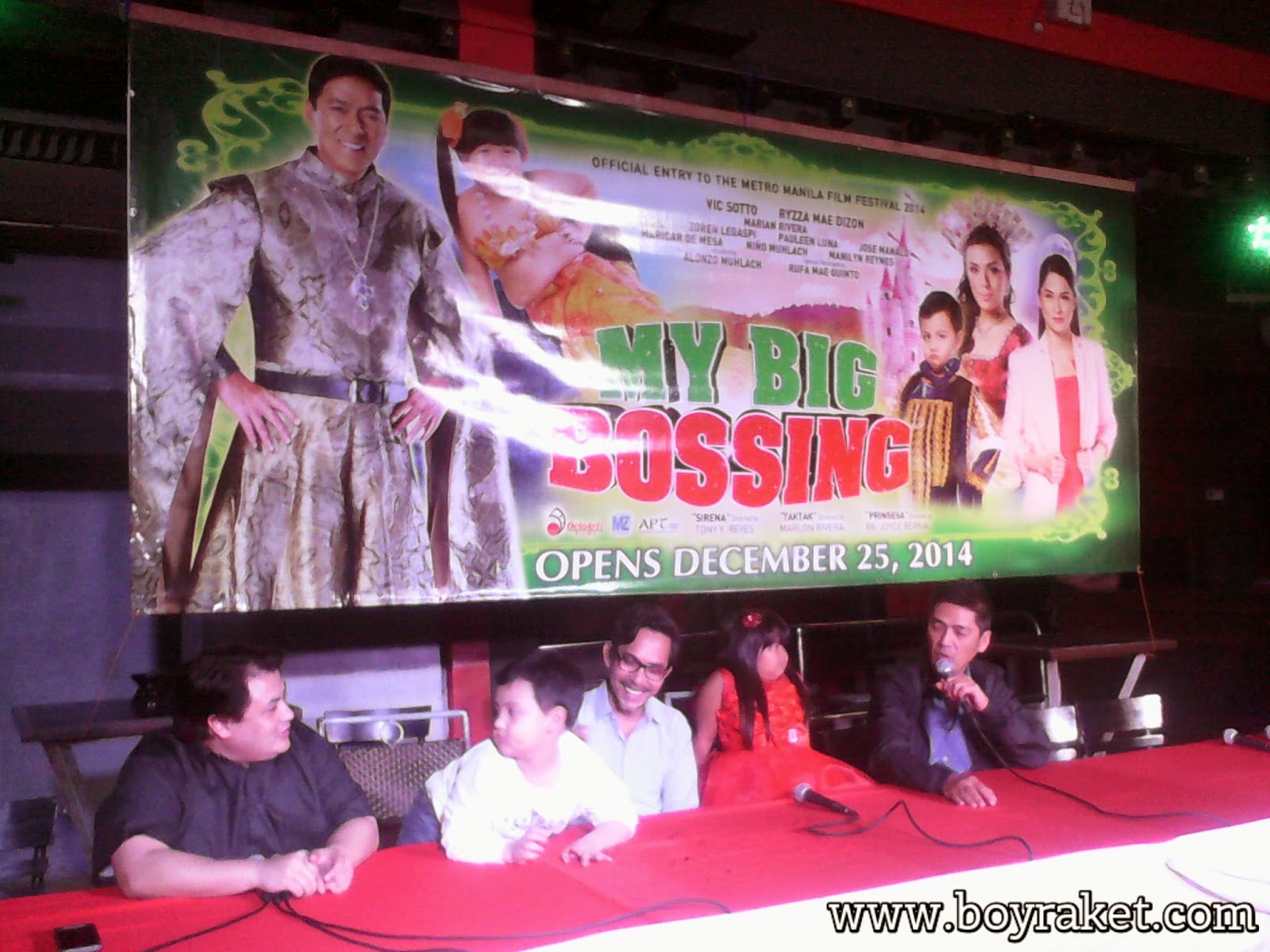 “My Big Bossing,” Vic Sotto’s entry to the 2014 Metro Manila Film Festival (MMFF) is expected to create another blockbuster film franchise as the movie brings with it an all-star cast ensemble, three high-calibre directors and excellent production and visual spectacle to complete a trilogy of stories in one neat package of a movie this year. Easily the festival’s biggest and most daunting competition in the box-office arena, “My Big Bossing” enlists superstars Vic Sotto and Ryzza Mae Dizon, along with Ms. Marian Rivera and Nikki Gil in the cast. Three of the country’s biggest directors helm three different stories within the movie - Tony Y. Reyes, Marlon N. Rivera and Bb. Joyce Bernal.

The movie is the biggest-budget entry in the MMFF race, and boasts of the collaboration of three of the country’s biggest film production outfits: Octoarts Films, M-Zet TV Production and APT Entertainment. “My Big Bossing” consists of three episodes of fantasy and wonder, each with its own storyline. It features a star-studded cast led by the indomitable Bossing Vic Sotto, MMFF’s all-time box-office king and wonder child superstar Ryzza Mae Dizon in all three episodes.

Episode 3 called “Prinsesa” is directed by Bb. Joyce Bernal, and puts Ryzza Mae Dizon in the spotlight alongside rising child star Alonzo Muhlach, the son of former child star Niño Muhlach, who will play the role of Alonzo’s dad in the movie as well.

“My Big Bossing’ is bigger and grander in scope this year because we are presenting three different stories in one film and each story was filmed independently of each other given that three different directors helmed each episode. No expense was spared in the overall production – costumes, design, special effects - particularly in the fantastical final episode. We just want to give the audience satisfying entertainment value. We want them to enjoy this film as much as we enjoyed creating this for them,” says OctoArts big boss Orly Ilacad.

“My Big Bossing” will be in theaters starting Christmas Day, Dec. 25.
Posted by Boy Raket at 11:44 PM