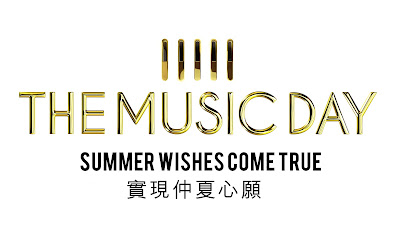 GEM, the entertainment channel dedicated to the latest content fresh from North Asia, is set to broadcast Nippon TV’s highly anticipated THE MUSIC DAY event live across Asia on July 1.
In a world first for the popular Tokyo event, which features the who’s who of Japan’s music industry, Nippon TV has partnered with GEM to broadcast a performance by popular singer and actor DEAN FUJIOKA live from Singapore.  As part of the occasion, GEM is offering fans the chance to win tickets to DEAN FUJIOKA’s performance and an exclusive fan meet session.
“THE MUSIC DAY is an iconic event on the Asian music calendar, and we’re excited to partner with Nippon TV to expand the concert’s reach to GEM’s viewers in Asia. DEAN FUJIOKA’s live broadcast from Singapore as part of the event marks a significant milestone for Japanese entertainment and we’re pleased that GEM is at the forefront of this industry evolution,” said Virginia Lim, Senior Vice President and Head of Content, Marketing and Production, Sony Pictures Television Networks, Asia.
“Dean is a hugely popular artist in our region and last year starred in GEM’s first original series, ‘We are Asia - Dean Fujioka & Friends’. The fact that he will perform live from Singapore during THE MUSIC DAY is an unprecedented way for GEM’s viewers to get real time access to him and to the magic of J-Pop. For THE MUSIC DAY fans in Tokyo, they get to experience a dynamic new city via our live broadcast.” 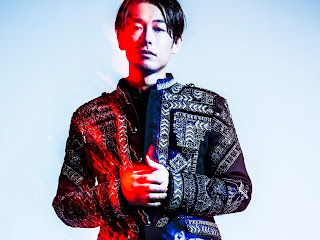 Hosted by idol Sho Sakurai from ARASHI, THE MUSIC DAY will air live on Saturday, July 1 from 4:45pm -10:00pm (3:45pm – 9:00pm BKK/JKT). A star-studded line-up of Japan’s biggest names promises a captivating event, including AKB48, Gen Hoshino, KEN HIRAI, Kyary Pamyu Pamyu, SEKAI NO OWARI, Perfume, Yuzu; as well as Johnny’s artists TOKIO, KinKi Kids, ARASHI, KANJANI EIGHT and KAME TO YAMAPI.
This year’s THE MUSIC DAY marks Nippon TV’s fifth year of entertaining J-Pop fans. THE MUSIC DAY started in 2013 as a special programme to celebrate Nippon TV’s 60th anniversary and has quickly gained traction as a zeitgeist to the Japanese music industry.
To join GEM’s THE MUSIC DAY contest to win the chance to see DEAN FUJIOKA perform live in Singapore and participate in the exclusive meet and greet session, fans in Singapore can visit www.GEMtvasia.com/TheMusicDay
Catch ‘THE MUSIC DAY Summer Wishes Come True’ 2017 LIVE on Saturday, 1 July 2017 from 4.45pm – 10pm, first and exclusively on GEM, the glittering jewel of Asian entertainment.
GEM is available on SKYCable Channel 116 in Metro Manila and on Channel 222 in Cebu, Davao, Bacolod, Iloilo, and Baguio.

About GEM
GEM is the glittering jewel of Asian general entertainment.  A joint venture between Sony Pictures Television (SPT) Networks and Nippon Television Network Corporation, GEM enjoys access to more than 500 hours of Japanese content per year exclusively from Nippon TV.
The channel features first-run and exclusive dramas, comedies and variety entertainment shows from Japan as well as other Asian territories including China, Hong Kong and Taiwan. This includes selected prime time dramas on the same day and within the same week of their broadcast in Japan.  GEM also made history for being the first channel to broadcast Nippon TV’s music festival ‘THE MUSIC DAY’ LIVE, and for simulcasting the Japanese drama series ‘Guard Center 24’ at the same time as Japan.  In addition, GEM takes its shows beyond the screen and into the lives of viewers, and most recently brought Japanese star Hayami Mocomichi on promotional tours to meet with his fans in Hong Kong and Singapore.

GEM Vietnam, which is also part of the Asian channels portfolio, is wholly-owned and operated by SPT Networks.


Since becoming Japan’s first commercial broadcaster in 1953, Nippon TV has become the country’s undisputed ratings champion and finest producer of all genres of programs. One of the biggest successes for Nippon TV is “Dragons’ Den,” a globally successful business show. The format has sold into more than 30 territories including the UK, Canada, Australia, Russia, Germany, India, Italy and Nigeria. The Emmy award winning version, “Shark Tank,” airs in the US. With well-established companies that deal in a broad range of businesses from movies, animation, events, to fitness clubs, Nippon TV is leveraging its ideal platform to expand into new realms. Recently launching a channel in Southeast Asia named GEM through a joint venture with Sony Pictures Television Networks, and taking a stake in the SVOD market through wholly-owned subsidiary Hulu Japan, Nippon TV is steadily solidifying its presence and brand as a global media powerhouse.
*This is Press Release
Posted by Boy Raket at 7:52 PM