ONE Championship Holds Inaugural Even in Surabaya, Indonesia with ONE: Conquest of Kings 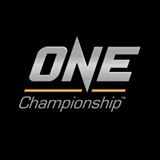 Chatri Sityodtong, Chairman and CEO of ONE Championship, stated: “There is always a tremendous atmosphere and excitement when ONE Championship visits Indonesia, and it is a delight to finally announce our first event for fans in Surabaya. We’re coming at you live and ready to showcase the world’s most authentic display of martial arts. We have a thrilling main event planned, with ONE Flyweight World Champion Kairat Akhmetov facing Interim Champion Adriano Moraes, in a rematch of their first encounter to crown the undisputed king of the division.”

Kairat Akhmetov of Kazakhstan is undefeated inside the mixed martial arts cage. He boasts an unblemished 23-0 record over his six years as a professional. Akhmetov employs a devastating attack with power in both hands, as well as a tenacious wrestling game that overpowers his opponents. In Akhmetov’s last bout, he defeated top flyweight and former champion Adriano Moraes to capture the ONE Flyweight World Championship. Now, the two are set for a much-anticipated rematch in Surabaya.
Interim ONE Flyweight World Champion Adriano “Mikinho” Moraes had his initial title reign cut short, when he met Kairat Akhmetov in November of 2015, losing via split decision. It was a close bout, but Akhmetov’s wrestling proved difficult to handle, even for an athlete of Moraes’ caliber. As champion, Moraes was skillful and dominant, and was rarely opposed inside the ONE Championship cage. In his most recent bout, Moraes secured the Interim Flyweight World Title with a victory over Tilek Batyrov. The rematch with Akhmetov will determine the rightful owner of ONE Championship gold in a highly-anticipated title unification bout.

For the first time ever, a Traditional Silat Bout will be held at ONE: CONQUEST OF KINGS, showcasing the beauty and authenticity of the ancient Indonesian combat discipline at the forefront of Asian martial arts. Top Silat practitioners, Khamid Wichaksana and Muchamad Fauzi, are set to display their amazing skills in front of a packed crowd eager for authentic traditional martial arts action.

32-year-old Toni “Dynamite” Tauru of Utti, Finland, is a professional martial arts athlete competing in ONE Championship’s bantamweight division. He owns a record of 11 wins and five losses, including one draw, with eight of his wins coming impressively by submission. A feared grappling specialist, Tauru is a former European MMA champion and has shown an incredible ability to finish his opponents with high-level techniques. Now, Tauru is tasked to take on Leandro Issa.

Leandro “Brodinho” Issa is a 33-year-old Brazilian jiu-jitsu world champion black belt from Sao Paulo, Brazil, who trains and competes out of the world-renowned Evolve Fight Team in Singapore. With a record of 13 wins and six losses, including nine wins by submission and one by knockout, Issa has proven to be an exciting competitor with a penchant for spectacular victories. A pioneer of ONE Championship’s bantamweight division, Issa returns to the cage to face Toni Tauru.

Marcin Prachnio is a Polish martial arts athlete with an impressive 12-2 professional record. He’s on a seven bout win-streak, including five wins by devastating technical knockout. He is currently unbeaten in ONE Championship, overcoming three tough challenges in Alexandre Machado, Leandro Ataides, and most recently, Jake Butler. Prachnio is now ready to make his return to the ONE Championship cage to stake his claim as one of the top contenders for the middleweight title. Prachnio’s next assignment is the veteran Gilberto Galvão.