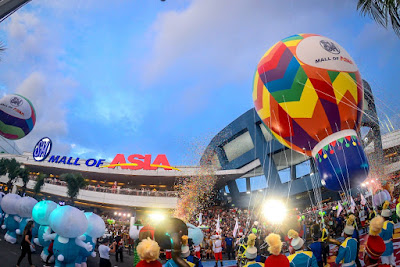 All roads led to SM Mall of Asia (MOA) for the Grand Mascot Parade to celebrate and welcome the New Year!

Thousands of kids and kids-at-heart trooped to SM MOA for the spectacular procession of giant adorable mascots, the first time the mall mounted such an event as a highlight of its much-awaited annual New Year celebration. 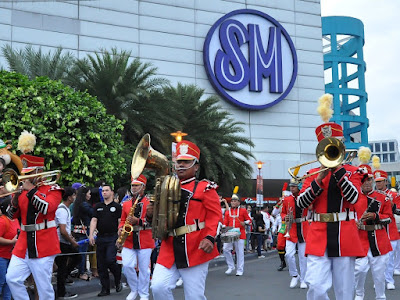 Since 2008, SM MOA has been treating kids and their families with a holiday spectacle through its Grand Festival of Lights Parade. Last December, the float parade featured Santa, MOA’s magical friends, and an array of holiday characters, dancing to well-loved holiday tunes atop six floats lined with LED lights.
Unwrapping the first day of 2018, SM pumped up the celebration by adding giant inflatables to the delight of spectators. Held at the North and South Arcades of the mall, the Grand Mascot Parade featured SM’s very own Leo, the lion; Hannah, the panda; Gerry, the Giraffe; Macky, the monkey; Benny, the bunny; Cyril, the squirrel; Ellie, the elephant and Hailey, the Hippo as well as The Powerpuff Girls, Doraemon’s friends, Darth Vader and the Storm Troopers among others. 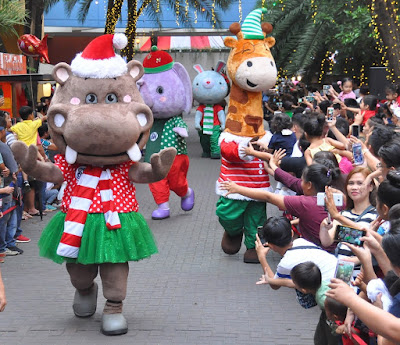 A special meet and greet with the characters was held at the Seaside Boulevard. Families had the chance to enjoy taking pictures with their favorite characters. The event was made grander by an impressive fireworks display.

For exclusive news about SM Supermalls, visit www.smsupermalls.com or follow SM’s official social media accounts on Facebook, Twitter and Instagram; and get an insider access to all the fun happenings at SM Supermalls nationwide through SM’s Viber Public Chat. Tweet your thoughts, upload and share your photos about your memorable moments at SM, then use its official hashtag #EverythingsHereAtSM.


*This is Press Release
Posted by Boy Raket at 8:00 AM