Believe the Hype: Lito Adiwang Is Coming For the Top Strawweights 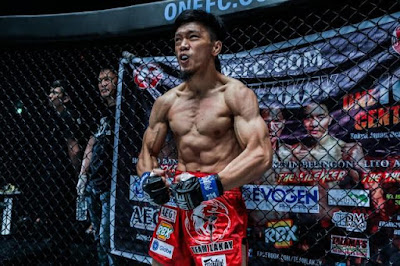 Next generation Team Lakay stalwart Lito “Thunder Kid” Adiwang burst onto the scenes from out of nowhere, earning a spot on Rich Franklin’s popular travel series reality show, ONE Warrior Series, in 2018.

A knockout victory in his debut against Jose Manuel Huerta instantly impressed. But despite the scintillating finish, Adiwang had much more to offer as a rising prospect.

In his second outing, Adiwang demolished Alber Correia Da Silva in a mere 45 seconds. This opened up a lot of eyes as to what “Thunder Kid” is capable of. Shortly after, a thorough unanimous decision victory over Anthony Do proved Adiwang could go the distance.

Not long after, Franklin awarded Adiwang with a six-figure contract where he would move on to ONE Championship. He’s appeared unstoppable ever since, like a freight train full of dynamite.

“[Earning the ONE Championship contract] was the greatest feeling of my life, and I was super excited to show the world what I could do,” said Adiwang.

Adiwang then moved on to ONE Championship’s historic ONE: CENTURY card in Tokyo, Japan, against highly-touted veteran Senzo Ikeda. He was expected to face his first real test against the Japanese warrior. What happened next, absolutely no one could have predicted.

Adiwang wrecked Ikeda, swarming him within the first few moments of the contest with his usual blistering pace. But once action hit the mat, Adiwang brandished his unheralded ground game. He took Ikeda into a scarf hold and trapped his arm. Within moments, the Filipino stalwart had already latched onto a deep and secure armlock. 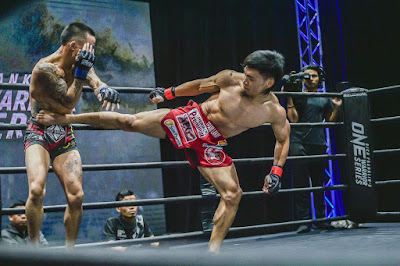 Ikeda had nowhere to go, and Adiwang signalled to the referee that his opponent had already suffered an injury. After Adiwang stood up and walked away, Ikeda’s elbow joint was revealed to have been hyperextended. The bout was over.

“I always go for the finish. That’s one thing fans can count on from me. I have an intelligent game plan, but my goal is to always end the fight early,” said Adiwang.

Just last Friday night, Adiwang made his second appearance inside the ONE Circle. He would take on the highly-regarded Pongsiri Mitsatit of Thailand at ONE: FIRE & FURY. It was the first time Adiwang would perform in front of his hometown fans in Manila as part of the ONE roster.

The Team Lakay stud pounced on Mitsatit early, overwhelming his counterpart with wild hooks and sharp uppercuts from all directions. Mitsatit could do little aside from try to defend himself.

As the Thai athlete backpedalled, Adiwang advanced looking to end matters early. After action hit the mat, Adiwang shifted into grappling mode and again looked for his favorite scarf hold position. From there, he maneuvered Mitsatit’s arm into a kimura.

It was deep, and with every passing second, it became more and more evident there was absolutely no escape.

“We had a tough training camp. But I’m happy I was able to go out there and perform.I wanted to give the Filipino fans a good show,” said Adiwang.

“My game plan was to go for the knockout, but I knew if it came down to it, I could finish him on the ground too. And that’s what I did.”

Mitsatit was forced to tap or suffer the same fate as Ikeda. The better option was clear.

Rich Franklin’s ONE Warrior Series has produced some incredible talent who have moved on to ONE Championship. ONE Atomweight Kickboxing and Muay Thai World Champion Stamp Fairtex is perhaps the most prominent thus far, but Adiwang is a future world champion according to Franklin.

“The moment I saw Lito perform, I knew he was something special. He’s the complete package. He has the power and the skill. I knew he would move through the ranks quickly,” says Franklin.

“We’re always looking for the best talent in the world. We want to give opportunity to those who we believe can step onto the global stage and make an immediate impact.”

It’s not hard to predict what’s next for Adiwang. A top caliber strawweight could definitely be in the cards. He has certainly earned it. But one thing is for sure, whoever steps into the Circle against Adiwang should be prepared for the thunder that he brings.

“I’ll fight whoever they put in front of me. I’m ready for the big fights,” said Adiwang.

“But if there’s one man on my mind, it’s former champion Yoshitaka Naito. Now that would be a great challenge.”
Posted by Boy Raket at 1:00 PM