Dampa Express Is Getting Bigger and Better in the New Normal 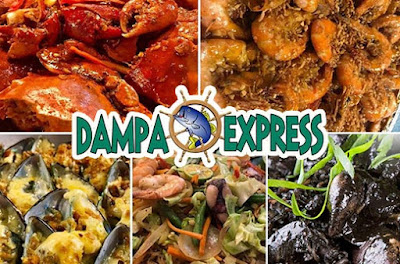 Owner Simon Lim, Jr, Continues to Hold the Title of "Dampa King"
Dampa Express continues to live up to its name as your go-to place for affordable, fast, and convenient
seafood a la carte treats even during and despite the pandemicl
Our strength is that we've tried to do away with all the inconveniences and complications of most
seafood restaurants," owner Dampa King Simon Lim, Jr, explained. "We've dared to go against the trend
of posh high-brow exclusivity.
Our outlets are not fancy restaurants, so people feel welcome and comfortable, but they're air-
conditioned. And, we have an enclosed videoke room for small family gatherings, like birthdays and
baptismal celebrations."