Chatri Sityodtong’s Triumphant Tale of Overcoming Adversity Detailed in New Short Biopic, I AM A WARRIOR 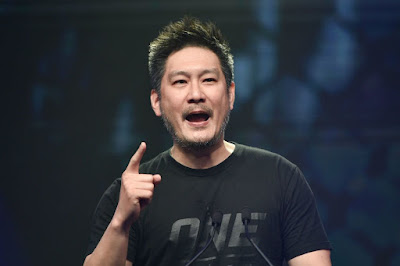 The life story of ONE Championship’s charismatic Chairman and CEO, Chatri Sityodtong, is one that has been covered extensively by media all around the world. It’s one of the most inspiring tales of triumph over adversity and hardship, and perseverance despite overwhelming odds.Sityodtong overcame extreme poverty and dire life circumstances when his family was hit hard by the Asian financial crisis in Thailand. Through sheer grit, hard work, and a passion for martial arts, Sityodtong used his suffering and strife to fuel his drive for success.The Thai-Japanese businessman eventually established ONE Championship, uniting the over 4 billion people in Asia to celebrate its ‘greatest cultural treasure.’In the recently released short film, I AM A WARRIOR, Sityodtong gives viewers an inside look on his childhood, how he was first drawn to the ancient Thai martial art of Muay Thai, unlocking his physical and mental capabilities through rigorous training, and surviving on $4 on a day-to-day basis while studying at Harvard University.With input from Sityodtong’s own mother, Michiyo Komatsu, college best friend Saurabh Mittal, martial artists like Almiro Barros, Singtongnoi Por Telakun, and Papa Daorung, whose lives he touched and changed in his journey, I AM A WARRIOR provides viewers a unique and interesting POV into Sityodtong’s life.Ultimately, it tells the story of how Sityodtong used his suffering and failure to unleash his greatness, inspiring others to chase their own dreams and embark on their own journey of self-discovery. It’s an extraordinary story about suffering, sacrifice, and success.Catch “I AM A WARRIOR” here at these links: https://www.facebook.com/watch/?v=978932989276929 https://youtu.be/lE_6zT32Mz4
Posted by Boy Raket at 3:00 PM