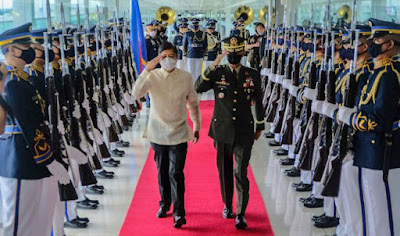 MANILA—The USD14.36 billion (PHP804.78 billion) in investments secured from the state visits to Indonesia and Singapore is estimated to generate more than 22,000 jobs in the Philippines, Department of Trade and Industry (DTI) Secretary Alfredo Pascual said Thursday.

The trade chief also presided over two roundtable meetings with select business associations and chambers of the two countries. In these meetings, the Philippines enumerated the potential trade and investment opportunities in the country.Secretary Pascual, together with the country's economic officials, accompanied Philippine President Ferdinand Marcos Jr. on his state visit to Indonesia and Singapore from September 4 to 7, 2022.The President said the Philippine delegation managed to seal a total of 10 Letters of Intent (LOI) and 12 Memorandums of Understanding (MOU) with 22 Indonesian and Singapore investors in the sectors of renewable energy, data centers, e-commerce, broadband technology, start-ups, government housing, and agriculture.Describing his back-to-back visits to Indonesia and Singapore as worthwhile, the President said, “These investments, if we put it all together, value USD14.36 billion or PHP804.78 billion. This will support our country's economic recovery efforts and create more jobs for Filipinos here in our country.”On behalf of the country, Secretary Pascual signed the MOU for Cooperation in the Development and Promotion of the Creative Economy with Indonesia. Among others, the MOU is positioned to generate and develop more jobs in the Philippines’ creative sector.In his speech at the Philippine Economic Briefing in Singapore yesterday, September 7,Secretary Pascual highlighted the new administration’s vision of an economy driven by science, technology, and innovation (STI).“We will build a dynamic industry ecosystem that would generate quality and higher-paying jobs, advance environmental sustainability, and ensure shared prosperity for all,” the trade chief told bankers and businessmen in Singapore.Likewise, Secretary Pascual underscored the DTI’s strategic economic priorities driven by industrialization and digitalization. He cited measures that will further boost the Philippines’ foreign direct investments (FDIs): the Corporate Recovery and Tax Benefits for Enterprises (CREATE Law), the potential ratification of the Regional Comprehensive Economic Partnership (RCEP), and the earnest negotiation efforts of DTI’s foreign-based trade service officers.“The Philippines is open for business. Recent policy reforms, particularly on foreign investment ownership and other restrictions, as well as on incentives, have made the Philippines more conducive for foreign businesses. Together, we will make it happen in the Philippines,” Secretary Pascual underscored.The state visits updated the international business and financial communities in Indonesia and Singapore on the Philippines' economic performance, investment opportunities, and the administration's socio-economic agenda.
Posted by Boy Raket at 8:00 AM