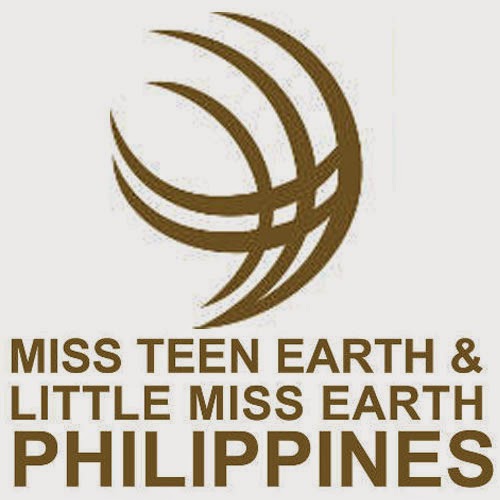 For over two months, Miss Teen Earth and Little Miss Earth Philippines staff have scoured the archipelago in search of young beauties who embody the advocacies of conservation, preservation and protection. We looked beyond their physical attributes and chose girls who conveyed a genuine love for mother earth and who are capable of becoming 'Earth Champions' even at a young age.

It all began in January where hundreds of hopefuls aged 4-9 and 13-17 flocked to auditions in Cagayan de Oro, Cebu, Davao, Iloilo, Naga, Baguio, Batangas, Pampanga and Manila. Nearly a thousand girls took part over the course of several weeks. Through a series of preliminary eliminations, the list was narrowed down to 20 teens and 20 little girls. Less than a week after the forty finalists were named, they were all brought to Manila to begin their journey. The next few days would be a flurry of activity. Each teen contestant was assigned to one little girl to act as her 'big sister' over the course of their journey.

On day one, the finalists wowed everyone in their first photo shoot for the free pageant supplement, 'Roots.' The girls donned the simple yet fashionable 'Jeepney' collection by stylist Jeffry Rogador. Teen Actress and singer Julie Anne San Jose also had a photo shoot for the supplement's cover on the same day. After a fun-filled day they all returned to the Holiday Inn to get some beauty rest and to prepare for the next activities.

The next day, the girls were treated to a seminar facilitated by maker of Beauty Queens Jonas Gaffud who taught the girls the same tips he gave the likes of Venus Raj and Megan Young.Then the girls got a surprise guest, in the form of another Jonas Gaffud-trained beauty, Shamcey Supsup.

She began mentoring the girls by sharing her experiences and her journey towards becoming a beauty queen. That afternoon, they paid some of our media partners a visit. The little girls went to visit the office of Total Girl Magazine, where they got to meet the whole magazine team and got free issues of Total Girl. While the teens went to visit the office Celebrity Mom and Inside Showbiz at One Mega Group. The teens also visited the Philippine Daily Inquirer offices where they toured the editorial offices and the radio station.

To end the day, TV Host and actor IC Mendoza, who is also the PR Head of the pageant, delivered an informative talk on how to handle interviews and the press. Special guests that night were respected Entertainment Journalists Dolly Anne Carvajal and Nelson Canlas where they had the opportunity to bond with one another.

The next day, they headed to Manila Ocean Park where they had fun interacting with marine life and And in the afternoon, their mentor Shamcey Supsup accompanied them to the Tagaytay Residence Inn where numerous fun activities awaited them; including a tree-planting activity. Next on the agenda was a trip to Zoocobia in Clark, Pampanga where they again participated in a fun tree-planting activity. Then in the afternoon they visited zoobic safari in subic where they were treated to an entertaining animal show, a thrilling lion and tiger safari and an exciting visit to the crocodile park. For their last activity, our candidates visited Gandica Cafe in Ortigas where they tried some archery lessons.

During the next few weeks, the finalists will go through further preparations which for the joint grand coronation night which will take place May 27, 2014. These ethereal young beauties will light up the Mall of Asia Arena and for the first time since its inception, the pageant will be aired on national television on June 8, 2014 on GMA-7's SNBO. For more information, log on to:  www.missteenearth.ph

Candidate number 1: Mary Joy Ramos, 16 years old from Sorsogon city. She has a penchant for thrilling movies (particularly slasher flicks) and admits to often daydreaming about her future life.

Candidate number 2: Jhoanna Jane Layos, 16 years old from Cebu. loves to play volleyball and badminton and wants to be a diabetologist someday because of his lolo. Is a home buddy and hates dishonest people.

Candidate number 3: Jasmine Hodges, 14 years old from Laguna. Flattered to be Andi Eigenmann look alike. Likes basketball and dreams of playing with Jeron Teng. Afraid of deep unclear waters because of whales but dreams of becoming a vet one day.

Candidate number 4: Charlene Louise Beltran, 15 years old and Manila. Proud to be cavitena and proud to be palaban. Loves to play the guitar and loves to read. And has a big crush on Daniel Padilla

Candidate number 5: Merry Grace Tubelleja, 17 years old from Iloilo. describes herself as small but terrible. Has curfew up to now, wants to hype iloilo as a beautiful city.

Candidate number 6: Shawntel Michole Cruz, 17 years old from Baguio. A home buddy who loves to sketch. She's a leader of the youth ministry. She dreams of being a songwriter and a fashion designer. Hates backstabbers.

Candidate number 7: Marie Shane Ortega, 15 years old from Cebu. Has a fear of heights. Admits she's boyish because she acts like a boy and eats like a boy at home.

Candidate number 8: Jasmine Carla Famoso, 14 years old from Iloilo. loves to sing and play badminton. She admits that she's easily mad sometimes and sometimes compares herself to the hulk.

Candidate number 9: Deanne Patricia Carmel Perez , 17 years old from San Juan. She wants to be an author someday. She dreams of writing novels. She loves nicholas sparks and john green. She's doing for her mentor, her sister who was a former model but now has stage 4 cancer.

Candidate number 10: Angeliza Navajo, 16 years old from Misamis Oriental. She loves to draw cartoons, has a huge crush on dingdong dantes and loves to bond with friends.

Candidate number 11: Zoe Stephanson, 15 years old from Las Pinas. Her peers call her the "Noisy Valedictorian" because even if she's noisy in class, she still gets good grades. She's currently taking up BS Nursing at UP Manila and dreams of being a general surgeon someday.

Candidate number 12: Candise Bero, 15 years old from Davao. She confesses that she had a hard life in Papua New Guinea. She was once held at gunpoint and nearly assaulted. She comes from a broken family and admits she was raised by her yaya and was often bullied because of her skin color growing up. But amidst all her troubles, she finds solace in her faith which is further strengthened by constantly reading the Bible.

Candidate number 13, Bea Aquino, 17 years old from oves to bake and dreams of having a travel agency one day because at a very young age she got to see Europe, North America and Asia. She's a fan of Greek Mythology and admits to being of NMSB (no manliligaw since birth). But there was a guy she fell in love with, but she was friendzoned then when she joined this pageant the guy tried to win her back but then she friendzoned him.

Candidate number 14: Francesca Taruc, 15 years old from Pampanga likes reading short stories and dreams of falling in love one day with the right guy. She likes to bike on her free time.

Candidate number 15: Rubyann Quizzagan, 16 years old from caloocan city. She likes to relax and go to the spa. She admits to being masungit when provoked. Looks up to the real and candid Angel Locsin. She is a Tourism student.

Candidate number 16: Vanessa Walters, 14 years old from Cebu. She is friendly and sociable because she loves having fun with new friends. Hails from Australia and wants to make the philippines as clean and as green as her other homeland.

Candidate number 17: Ella Lubag, 17 years old from Sta. Rosa Laguna. She is a Chemical Engineering student who dreams of becoming an astronaut and scientist. She likes to play the violin in her free time. She may be quiet sometimes but she says she's not shy. To her, being silent means she's just being observant of her surroundings and peers.

Candidate number 18: Kryzza Hilay, 17 years old from Iloilo city, has quite a lot of modeling experience. She keeps a virtual diary and wants to be a writer by profession someday. She admits to being secretive and wants to find a guy whose taller than her--which she admits might be quite difficult.

Candidate number 19: Ahtisa Manalo, 16 years old from Candelaria Quezon. loves to read thriller books and wants to be a public accountant. She also loves to sketch, has a weakness for chinito cuties and thinks here greatest weakness is that she trusts too easily.

Candidate nuumber 20, Stephanie Pasion, 15 years old from Davao admits she is flattered to be dubbed a "Shamcey Supsup lookalike." Tags herself as quirky and odd sometimes and admits her comfort food is balut.

Candidate number 2: Shaina Rodriguez, 4 years old from Naga city. She dreams of being a beauty queen and doctor someday. Her biggest idol is Lea Salonga.

Candidate number 3: Maeca Bermas, 6 years old from Camrines Sur. She dreams of becoming a doctor and a beauty queen someday. She loves to sing, dance and recite poetry. Her idols are Ariella Arida and Anne Curtis.

Canndidate number 6: Victoria Wallace, 6 years old from Pampanga. Dreams of becoming a model and singer. She loves to sing, dance and model. Her all-time idol is Katy Perry

Candidate number 7: Nasreen Rahhal, 7 years old from Makati City. She dreams of being a doctor and commercial model someday. She loves to sing and dance. She claims to be Taylor Swift's biggest fan.

Candidate number 8: Tyra Pilapil, 7 years old from Iloilo city is determined to finish her studies and dreams of becoming a beauty queen someday. Her talents include declamation, dancing and singing. She idolizes Tyra Banks and Megan Young.

Candidate number 10: Keanna Nagales, 8 years old from Bulacan. She dreams of becoming a teacher. She loves to sing and dance. Her idols include Venus Raj and Sarah Geronimo.

Candidate number 12: Anne Gaza, 8 years old from Pampanga dreams of becoming a supermodel someday. Her talents include dancing, singing and modelling. Looks up to Tyra Banks and Anne Curtis.

Candidate number 15: Candesse Bartolome, 8 years old from Davao dreams of becoming a beauty queen just like her idols Shamcey Supsup and Megan Young. She loves to sing, dance and model.

Candidate number 17, Joseayn Albasin, 8 years old from Cagayan de Oro City dreams of traveling around the world and becoming a dermatologist someday. Her talents include singing, dancing, acting and rapping.

Candidate number 19, Juviel Viado, 9 years old from Baguio dreams of traveling to other countries particularly to the USA. Her talents include dancing and drawing. And she idolizes Marian Rivera and Kristen Stewart.

Candidate number 20, Jhiara Episioco, 9 years old from Quezon City. She is determined to finish her studies and wants to be an earth ambassador for mother earth. Her celebrity Idols include Kathryn Bernardo and Shamcey Supsup.
Posted by Boy Raket at 9:36 PM