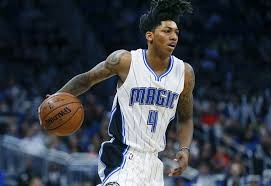 The National Basketball Association (NBA) today announced that Elfrid Payton of the Orlando Magic and former WNBA player Sue Wicks will travel to Manila to participate in the Jr. NBA Philippines 2017 National Training Camp and help coach players from around the country vying to be named 2017 Jr. NBA All-Stars.  The National Training Camp will be held at the Don Bosco Technical Institute May 12-13 and at the SM Mall of Asia Music Hall on May 14.

Payton and Wicks will also serve as coaches at the annual Jr. NBA Alumni All-Star Game featuring past Jr. NBA standouts from across the country.  Participation in this year’s program increased by 50 percent from 2016, reaching more than 30,000 players and coaches in cities including Bacolod, Batangas, Cagayan De Oro, Cebu, Davao, Lucena, Metro Manila, and Puerto Princesa.

“I’m excited to visit the Philippines for the first time and experience the country’s enthusiastic basketball culture,” said Payton.  “These young players have worked hard to be a part of this camp, and I can’t wait to get on the court with them.”

“Having visited the Philippines before, I’ve seen firsthand the passion that young boys and girls here have for the game,” said Wicks.  “I’m looking forward to the trip and to working with the Jr. NBA participants to help take their game to the next level.” 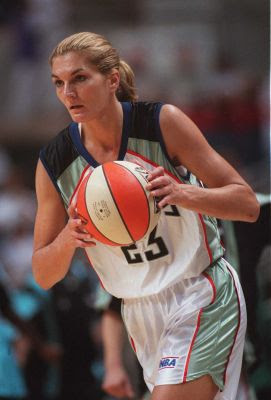 Wicks, a former WNBA All-Star, was selected 6th overall in the 1997 WNBA Draft.  She spent six seasons in the WNBA with the New York Liberty and was inducted into the Women’s Basketball Hall of Fame in 2013.

The Jr. NBA Philippines 2017 presented by Alaska culminates with the National Training Camp, which features the top 37 boys and top 37 girls participating in advanced fundamental skills training and exhibition games.  The finalists were selected from Jr. NBA Regional Selection Camps in Cagayan De Oro, Cebu, Manila, and Quezon, and from the Alaska Power Camp in Manila.

At the end of the National Training Camp, eight boys and eight girls will be selected as Jr. NBA All-Stars and will embark on an overseas NBA experience trip with fellow Jr. NBA All-Stars from Southeast Asia later this year.  The program will also feature the selection of the 2017 Jr. NBA Coaches of the Year who will join the Jr. NBA All-Stars on the overseas trip.

The Jr. NBA, the league’s global youth basketball participation program for boys and girls, teaches the fundamental skills and the core values of the game at the grassroots level in an effort to help grow and improve the youth basketball experience for players, coaches, and parents.  During the 2016-17 season, the NBA will reach more than 18 million youth in 53 countries through its youth participation initiatives.

The Jr. NBA Philippines presented by Alaska continues to promote proper nutrition and an active lifestyle, serving as an effective platform in implementing Alaska Milk’s NUTRITION.ACTION.CHAMPION. program that helps address the issue of overweight and undernourished children in the Philippines.

About the NBA
The NBA is a global sports and media business built around three professional sports leagues: the National Basketball Association, the Women’s National Basketball Association, and the NBA Development League. The league has established a major international presence with games and programming in 215 countries and territories in 49 languages, and NBA merchandise for sale in more than 125,000 stores in 100 countries on 6 continents. NBA rosters at the start of the 2016-17 season featured a record 113 international players from 41 countries and territories. NBA Digital’s assets include NBA TV, NBA.com and the NBA App, which achieved record viewership and traffic during the 2015-16 season. The NBA has created one of the largest social media communities in the world, with more than 1.3 billion likes and followers globally across all league, team, and player platforms. Through NBA Cares, the league addresses important social issues by working with internationally recognized youth-serving organizations that support education, youth and family development, and health-related causes.

About Alaska Milk
Alaska Milk recognizes the need of Filipino children for proper nutrition.  According to the 2011 National Nutrition Survey conducted by the Food and Nutrition Research Institute (FNRI), it was revealed that 3 out of 10 children aged 5-10 years were underweight while 8 out of 100 children of the same age were overweight, making malnutrition and obesity two of the most pressing nutritional problems in the Philippines today.  Alaska Milk is committed to help provide proper nutrition through its leading brands, Alaska Powdered Milk Drink and Alaska Chocolate Powdered Milk Drink.  It contains 20+ essential nutrients that help children reach their full growth potential.  Aside from proper nutrition, an active lifestyle is needed in order to shape and nurture healthier children.  Because of this, Alaska Milk encourages children to “go out and play” through its NUTRITION. ACTION. CHAMPION. programs: Alaska Basketball and Football Power Camps and Cups, Alaska IronKids Triathlon, Alaska Family Run and Alaska Cycle Philippines.  At the same time, Alaska Milk has a professional basketball team, the 14-time PBA champion, Alaska Aces, which continues to inspire the youth to become future champions who are guided by positive values.  Finally, Alaska Milk partners with excellent local and international organizations who share the same objectives, vision, and values namely the Philippine Basketball Association, National Basketball Association, World Triathlon Corporation, Cycle Asia, Makati and Alabang Football Schools and Sunrise Events, Incorporated.

*This is Press Release
Posted by Boy Raket at 10:31 PM