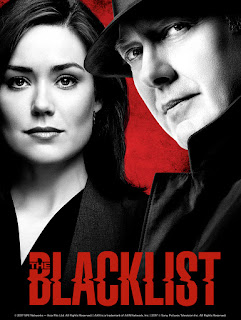 Revenge has become a family affair as the father-and-daughter tandem of criminal mastermind Raymond “Red” Reddington (James Spader) and FBI profiler Elizabeth “Liz” Keen (Megan Boone) team up to rebuild his criminal empire in the all new season of the action-packed crime thriller The Blacklist, which premieres on AXN this October.
The last season finally revealed that Red is Liz’s real father. After he rescues her from his longtime nemesis, Red is plagued with an adversary more determined to bring him down than any archenemy he has ever known – his former protégé Mr. Kaplan.

With ferocious tenacity, Mr. Kaplan launches her final assault on Red and lays siege on his criminal organization. She unleashes her most potent weapon to discredit him – a suitcase with skeletal remains. What will Liz do when she finds out about the mysterious suitcase?

In the season premiere, Liz faces the reality of working alongside her father as the Task Force reels from her latest precarious situation. Betrayed by those closest to him, Red’s moral code demands that he would stop at nothing to obtain justice, all the while battling an army of new and more dangerous blacklisters.
The Blacklist Season 5 premieres on October 4, every Wednesday at 10:40 pm, same week as the U. S. telecast. First & Exclusive on AXN.