Entrepreneur Rebuilds Business From the Ashes with Help from AXA 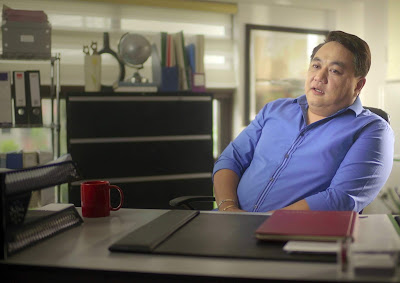 In 2016, a fire in Benguet made headlines as it destroyed a warehouse—one that was owned by entrepreneur Kenneth So, and one that provided stable jobs for a lot of workers. So and his team, some of them very loyal employees that had been with him for a long time, could only watch as years of hard work went up in smoke in a matter of hours.

So was grateful that the insurance company he chose—AXA Philippines through its general insurance subsidiary Charter Ping An—swiftly came to his rescue and went the extra mile to process his claim promptly so he could get back on his feet as soon as possible.

So’s business, Granville Corporation Supply Holdings, is a strong player in the competitive supply chain industry. The company plays a key role in the logistics and distribution of fast moving consumer goods across key markets. So employs 400 people to ensure prompt servicing of customers

The fire destroyed Grandville’s four-storey warehouse in La Trinidad, Benguet, and millions of pesos in inventory. Fortunately, So had the foresight to get a comprehensive fire insurance coverage from leading global insurer AXA. His loyal staff also rallied together during a truly trying time. The company is now slowly but surely recovering.

The ease and speed with which So was able to receive his insurance claims and the attentive and dedicated service he received from AXA helped ease his burden. “Now, our warehouse is being rebuilt,” So says. “This is the start of a new beginning.”

So’s experience with AXA is proof of AXA’s unwavering commitment to its customers, backed by superior financial strength and worldwide reach, to be there when it is most needed. It assures clients like So, whose employees and their families count on for their livelihood, can live the life he chooses—free from uncertainty and anxiety, no matter what challenges he has to face.