“Ballet Manila Embarks on an Enchanting Journey with “Snow White 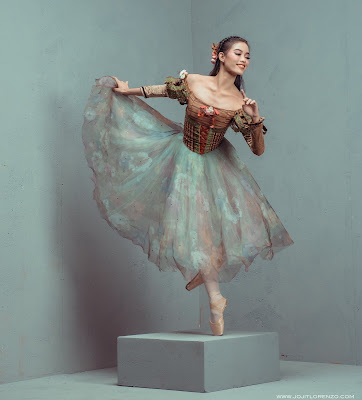 For the first show of its 24th performance season, Ballet Manila highlights nostalgia, romance, enchantment, and sophisticated rhythmic movements with its breathtaking production of Snow White which will be restaged on September 7 and 8, 2019.
An all original choreography from Ballet Manila CEO and artistic director, Lisa Macuja Elizalde, Snow White, first performed in 2017, is the second installment in her Princess Trilogy.

With the theme being a play on the term “on point,” it is only fitting for the ballet company’s upcoming performance of Snow White as it showcases Ballet Manila’s standard of excellence and perfection.

Unlike the other installments of the Princess Trilogy (Cinderella and Sleeping Beauty), Macuja Elizalde said that Snow White has no existing ballet performance which is why she has decided to create an entirely new take on it for their 22nd performance season.“I chose Snow White to be the second ballet because it has never been done before. It was something completely new that I wanted to do,” she said.

From the music and choreography, to the costume and sets, Macuja Elizalde was hands-on to perfect her masterpiece and give the viewers a new interpretation of the classic fairy tale. She said, “For me, as a choreographer, the most important thing is the music, and that was the problem with creating Snow White -- it has no preexisting musical score. What I did was I listened to a lot of music and the first thing I heard was the music during the chasing scene between the dwarves and the evil witch. That was from Jules Massenet. So I decided to use a collection of suites by Massenet for the rest of the ballet.”

Aside from the music of Massanet, viewers will also get a dose of nostalgia as it features melodies from the Disney animated film, while the overall look took inspiration from the story based on Brothers Grimm and Hans Christian Andersen. 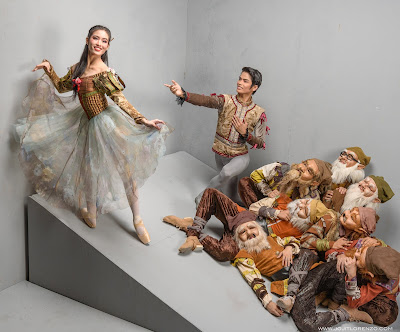 “I was very inspired by my cast of dancers and my prospective audience of children. I always try to choreograph with the audience in mind. Wanting to create a ballet that they would want to come back to again and again because of all the good feelings the performance evokes,” she added.

Aside from Snow White, Ballet Manila has more thrilling shows lined up for the rest of the 24th season including Giselle, a romantic ballet in two acts; Sleeping Beauty, the last installment in the Princess Trilogy; and Carmina Burana and La Traviata, a collaboration of opera, ballet, and live orchestra music.

To buy tickets, visit any Ticketworld outlet, call 891 9999, or go to their website www.ticketworld.com.ph. For more information, visit https://balletmanila.com.ph/ or https://www.facebook.com/BalletManilaOfficial/.
Posted by Boy Raket at 11:00 AM