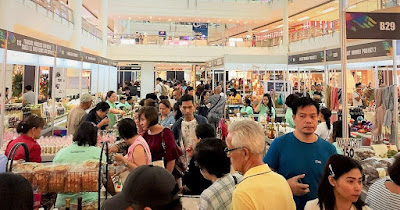 Being the Program Manager of the One Town One Product (OTOP) Next Generation, Assistant Secretary Du-Naga also encouraged the participating micro, small and medium enterprises (MSMEs) to undergo product and brand development, through the OTOP Program, to achieve a more competitive innovation and a larger market.

“Padday Na Lima”, an Ybanag vernacular which means “made by hands”, has been the banner for marketing and promotion of exquisite Cagayan Valley’s products. This year’s trade fair is participated by 96 exhibitors, flaunting their trademark products from the Provinces of Batanes, Cagayan, Isabela, Nueva Vizcaya, and Quirino, ranging from furniture and furnishings, processed food, fashion accessories, home decors, arts and crafts, wearbales, fresh fruits and vegetables, ornamental plants, among others. This is an opportunity for the people from around Metro Manila to enjoy the specialties from the provinces.