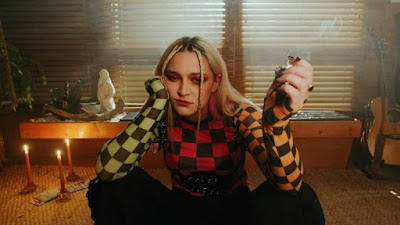 “Evoking her peers Phoebe Bridgers, Sharon Van Etten and Angel Olsen…fast proving herself as one of the genre’s brightest prospects” The Line Of Best Fit

“There’s a new indie kid on the block” Gigwise

Marking the latest installment from the musician’s growing collection of relatable and heartfelt pop anthems, ‘Cheer Captain’ sees Adams wave goodbye to a youth spent in a deeply conservative, Christian environment in Alabama where she put cheerleading, worship leading, her family and often toxic relationships with men (and God) above all.“‘Cheer Captain’ is a resentful and regretful song about struggling with a saviour complex as a serial people pleaser”, explains the rising songwriter. “I desperately wanted to be everything for everyone so I became a customizable human being that often went against everything I actually am. It’s always felt like the thesis of this project as I touch on my relationship with religion, my parents, and men.I grew up in Alabama and I was captain of the cheerleading team in my freshman year of high school and a worship leader at a church. I think it’s safe to say I was struggling with my identity, in fact I really hated it all so a year later, I started school online and moved to Nashville for music”. 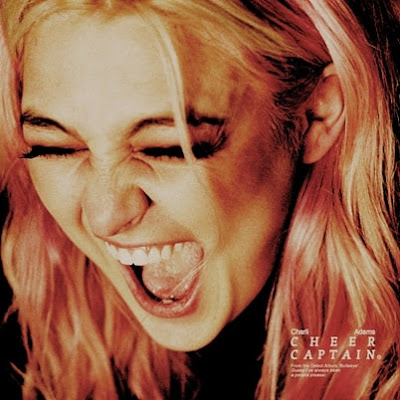 With this relocation essentially kickstarting her musical career, Adams’ momentum has certainly gathered pace in recent months, earning substantial praise throughout the press landscape (NPR, The Fader, Billboard, The Line Of Best Fit, Dork, Gigwise) as she carves her own spot within the alt-rock sphere alongside contemporaries such as Phoebe Bridgers, Julia Jacklin and Sharon Van Etten.Having already unveiled evocative lead single ‘Didn’t Make It’, and pulsating follow-up ‘Maybe Could Have Loved’ from ‘Bullseye’, an album title inspired by a nickname Justin Vernon gave her playing darts following a chance encounter at a Nashville dive bar, ‘Cheer Captain’ exemplifies the newcomer’s boundless potential amidst an ongoing search for her true identity, and provides a firm indication of what to expect from her upcoming record.Mixed by Patrick Dilett (St. Vincent, David Byrne, Sufjan Stevens), Charli Adams’ ‘Cheer Captain’ is out April 14th via Color Study (Haux, Lav, Rosie Carney) and will be available on all digital platforms.