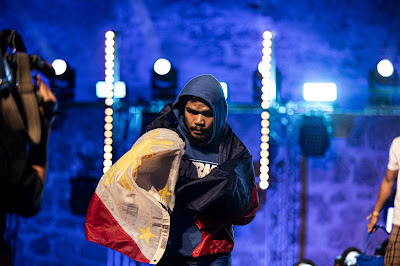 Seef District, Bahrain - 19 April 2021Filipino superstar Rolando “The Incredible” Dy is feeling the itch to compete once again after going through a war with Kyrgyz lightweight contender Abdisalam "Omok" Kubanychbek in Bahrain this past March.With the goal to redeem himself in the eyes of the mixed martial arts world, the 29-year-old son of Filipino boxing legend Rolando Navarrete already has an opponent in mind. He threw down the gauntlet to Ahmed “The Butcher” Amir and promised to give the Egyptian bruiser “a real fight.”Dy initially took to social media to call out Amir, but the latter seemingly brushed off the challenge. The power-punching Pinoy is doubling down, making it known that he is dead serious about the idea of locking himself up with the Giza, Egypt native inside the cage.“I called out Amir on social media because he is acting like a clown. In my opinion, he doesn't deserve the title shot, yet it was given to him. I respect that, but the thing is that he backed out in his fight for the title. Then he showed up at the event, acting tough and acting like the champ,” he said.“I lost my respect for him that night, and I want to test if he is really tough like he said he is. I am here. I can give you a real fight,” Dy added.Amir was supposed to take on Amin Ayoub for the BRAVE CF Lightweight World Championship at the recently-concluded BRAVE CF 50. However, a shoulder and neck injury forced him to pull out of the five-round title tiff. 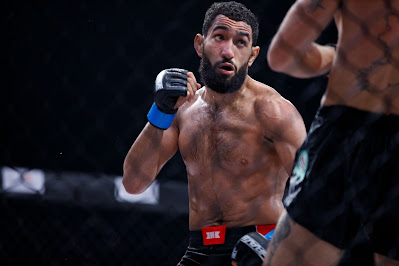 As a result, Mashrabjon Ruziboev took his place and faced Ayoub in a non-title, 74-kilogram catchweight contest, where the French champion came out triumphant via a clear-cut unanimous decision.Ayoub’s celebration was cut short as Amir made a surprise appearance at cageside, barging past security to engage in a heated verbal exchange with the Frenchman.Dy, who is no stranger to talking smack outside the cage, questioned the legitimacy of Amir’s injury that caused his withdrawal from the scheduled championship clash versus Ayoub.“He (Amir) was booked to fight for the title, but he chose to back out one week before the fight. I don't like that. If he believes he’s strong and not pretending, prove it to me,” he dared.Fighting Amir could put him at a disadvantage stylistically, but “The Incredible” seems unmoved by the Egyptian’s grappling credentials.“I lost to a wrestler in my last fight. Amir is also a grappler. It’s a good match-up for him," he stated. "I just want to fight Amir. He doesn’t have the right to act like a VIP. He always chooses his opponents. Well, he should choose me."Most recently, Dy expressed his desire to be part of the much-awaited BRAVE CF 51, the promotion’s debut event in Minsk, Belarus on June 4th. The Filipino crosses his fingers that he lands a date with Amir on the card.“I don't back out, I don't make excuses, and I show up. He was blessed with a chance to fight for the title, but he didn't show up. He had plenty of reasons. I am built differently. As long as I can make the walkout, I will fight,” he declared.
Posted by Boy Raket at 9:00 AM