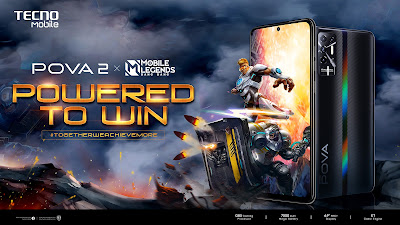 The highly-engaged audience during the live event eagerly posted comments, and participated in games and challenges, hoping to win one of 250 TECNO Mobile phones and MLBB game skins that were up for grabs that evening. Viewers were also extremely entertained by the guest gamers who livened up the show with their on-stage antics and amazing cosplay performances, as much as their impressive gaming skills. Hosted by Phaister, together with high-energy shoutcasters, Phinesse Lex and Prof B, this is one show that viewers will not easily tire of watching over and over again.

Among the notable moments from the live stream event was the shocking upset of Team POVA by the challengers, Team TECNO, during the show match. Team POVA was made up of top gaming streamers, Ghost Wrecker, Junnie Boy, Kay Ann, Elie Gaming, and Hypebits, while Team TECNO was composed of select participants from a recent TECNO Mobile Facebook Challenge. After three rounds of intense MLBB gameplay, Team TECNO bested Team POVA to become the first-ever POVA 2 x MLBB Show Match Champions, proving that #TogetherWeAchieveMore.

Fans also voted for their favorite gamer to be crowned the MLBB Hero of the Year, a title that was won by game streamer Junnie Boy, who was dressed as Gusion Moonlight Sonata during the event. A separate poll was also opened for fans to choose the gamer that they believed was the show match MVP. This was won by Hypebits, who was in full Granger Lightborn Overrider during the show.

All of the guest gamers gave their best during game segments, joining challenges like Lagot o Sagot, and performing in an entertaining Rap Battle, to the delight of their fans. And, as a special treat to their followers, all of the gaming streamers are also hosting giveaways on their individual Facebook pages after the livestream event. A POVA 2 unit, one Lucky Spin Limited Skin, and one Starlight Member Limited Skin from each of the 5 gaming streamers await those who participate. To join, simply leave a comment on your favorite gamer’s page, listing any two POVA 2 features, together with the hashtags, #POVA2PoweredToWin, #POVA2GamingPhone, and #TogetherWeAchieveMore. Ghost Wrecker, having the highest invite post engagement, has already chosen 2 Starlight Limited Skin winners from his lucky fans. 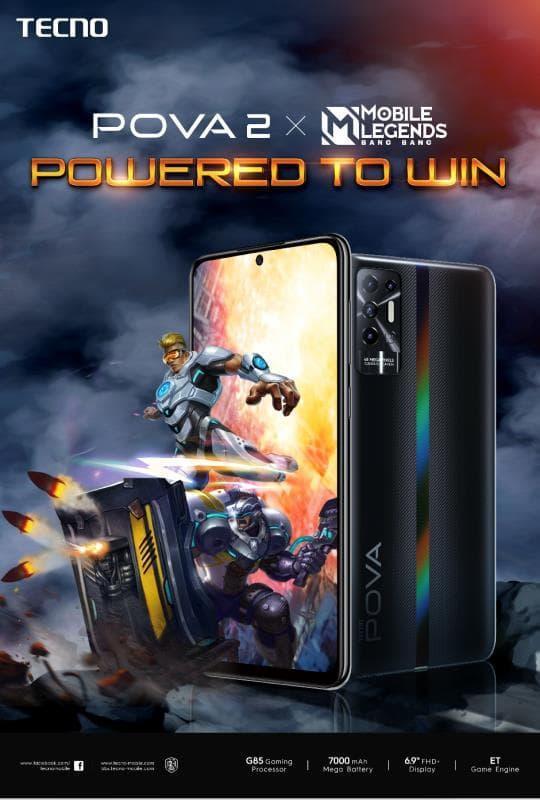 The livestream event also served as the official start of the pre-selling period for TECNO Mobile’s POVA 2 gaming smartphone. POVA 2 has been called the perfect phone to use for playing MLBB. Viewers of the event got to see the amazing POVA 2 in action during the show match, witnessing for themselves how powerful the phone’s 7,000mAh battery is, and how its Helio G85 Gaming Processor is truly built to win.

The hottest gaming phone, POVA 2 is certainly worth the wait, and worth the expense. For the unbeatable price of Php 7,990, you can enjoy these fantastic features from POVA 2: 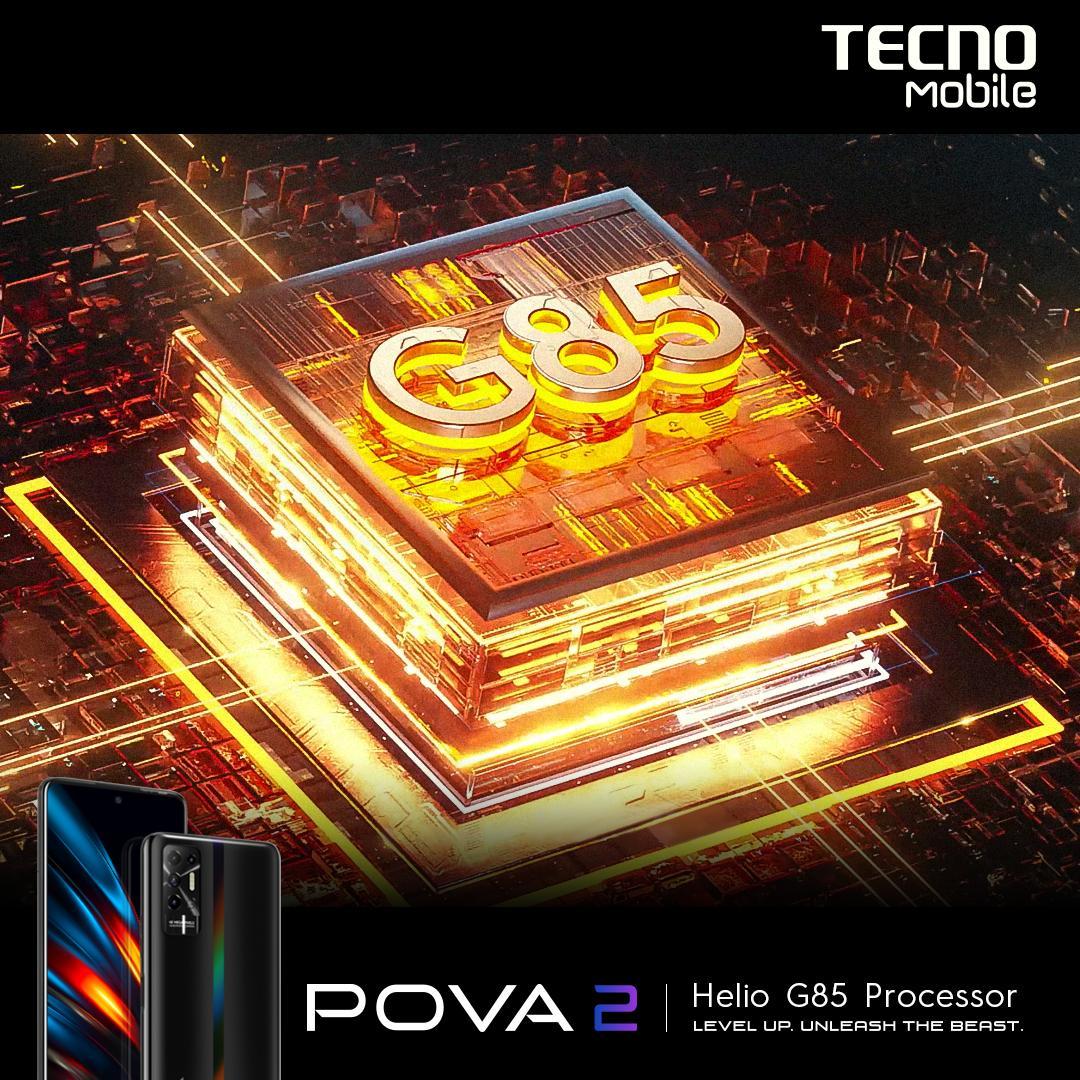 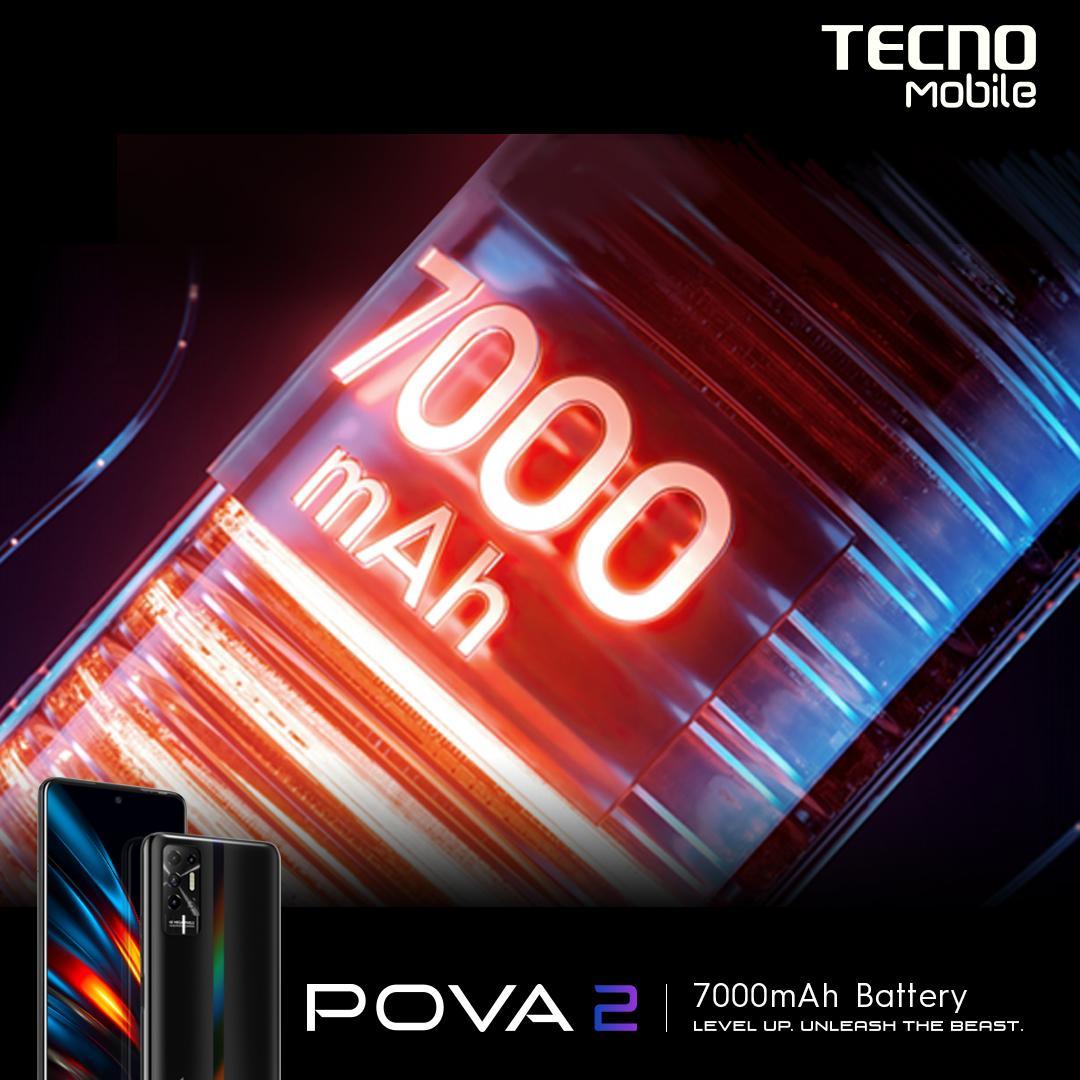 Now is the Best Time to Pre-Order Your POVA 2

The pre-order period for POVA 2 is open until June 14 in TECNO Mobile’s online stores and partner dealers. Play to win with this super affordable gaming phone, yours for only Php 7,990.

As one of the first to get a POVA 2, you can enjoy awesome Mobile Legends game skins and other freebies when you pre-order from the TECNO Mobile PH Official Store in Shopee Mall, TECNO Mobile’s Flagship Store in Lazada , memoexpress.com, kimstore.com, and the TECNO Mobile Concept Store at SM North Edsa Annex and TECNO Kiosk at Ayala Market Market.

To stay updated on exclusive deals and promos, be sure to like and follow TECNO Mobile Philippines. Visit www.tecno-mobile.com/ph to learn more about your favorite smartphones and gadgets.

TECNO Mobile is a premium smartphone brand from TRANSSION Holdings. TECNO unlocks the best of contemporary technologies in artistic designs, showcasing its mastery of serving global consumers who are "young at heart", and inspiring them to never stop pursuing excellence. We demonstrate our brand motto through our innovation, technological and artistic progression in over 60 markets around the world, with a diversified product portfolio featuring smartphones and smart AIoT products covered. TECNO is also the global Official Handset Partner of Manchester City Football Club.