PFL, ONE Championship Out; BRAVE CF In For Best Promotion Nomination 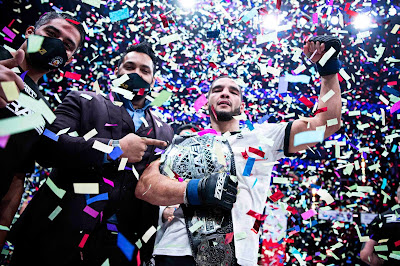 Fighters Only Magazine, fondly referred to as the bible of mixed martial arts, recently announced the nominees for the 22 trophies up for grabs at its 13th Annual World MMA Awards.

BRAVE Combat Federation is nominated for two major citations at the prestigious yearly affair. The Bahrain-based promotion joins the Best Promotion of the Year category with the Ultimate Fighting Championship, Bellator MMA, Legacy Fighting Alliance and UAE Warriors.However, Professional Fighters League and ONE Championship didn’t make the list that was put together by the award-giving body’s panel of industry experts.The ongoing coronavirus pandemic has challenged both organizations greatly in 2020. ONE Championship was able to resume its operations late last year, with most of its events taking place in Singapore.Meanwhile, PFL made its return this past April for the 2021 regular season, setting up shop in a state-of-the-art bubble at the Ocean Casino Resort in Atlantic City, New Jersey.Like PFL and ONE Championship, BRAVE CF also had to cancel a couple of its scheduled events at the onset of the global health crisis. However, it managed to bounce back a few months later and held a successful series of shows in countries such as Slovenia, Romania, Sweden and its home base of Bahrain.This year, BRAVE CF has extended its reach in Europe, hosting fight cards in Russia, Belarus and Italy. The promotion is slated to have another show in the region with its debut offering in Konin, Poland on September 25.Apart from the company itself, BRAVE CF president Mohammed Shahid is likewise one of the five nominees for the Leading Man of the Year award alongside UFC boss Dana White, MMA manager Ed Soares, IMMAF chief Densign White and Bellator’s Scott Coker. 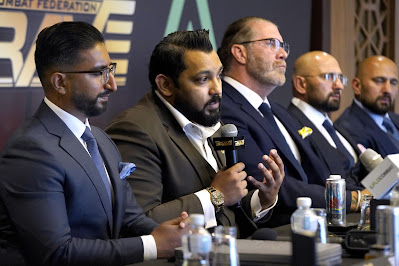 Voting for the 13th Annual Fighters Only World MMA Awards is now underway at worldmmaawards.com. It will conclude on Wednesday, September 8th.ONE Championship will air the pre-taped ONE: Battleground II on Friday, August 13. The card is headlined by UFC veteran Zhang Lipeng, squaring off with Filipino superstar Eduard Folayang.On the same date, PFL will spearhead the live broadcast of its playoffs on ESPN, featuring the welterweight encounter between Rory MacDonald and Ray Cooper III.On the other hand, BRAVE CF will return to Almaty, Kazakhstan on August 21st to hold BRAVE CF 53. Hometown hero Nurzhan Akishev is penciled to face South Korea’s Tae Kyun Kim in the main event.
Posted by Boy Raket at 9:00 AM