MANILA, PHILIPPINES/  AUG 9, 2021 – Premium smartphone brand, TECNO Mobile recently completed its first CSR campaign in the Philippines, as a way to give back to the community following the successful release of several new mobile phone models in the country, including the Spark 7 Series, Pova 2 gaming phone, and most recently, the CAMON 17 Series. Through this show of support for the community, TECNO Mobile has become part of the nation’s journey in rising up from life’s challenges and learning to see the best in every situation. At the same time, the selection of local heroes as beneficiaries for this campaign aligns perfectly with the reel- and real-life heroism of TECNO Mobile’s CAMON 17 brand ambassador, actor Chris Evans.

Three partner beneficiaries representing different pillars of the community were the recipients of donations made by TECNO Mobile for this CSR campaign - Ina ng Lupang Pangako Parish, Project Malasakit, and the City of Manila through the Office of Mayor Isko Moreno. Separate handover ceremonies were held for each of the beneficiaries, the first of which was held on July 13th, at the Ina ng Lupang Pangako Parish Area.

In the middle of Bgy. Payatas, an area deemed a hazardous place to live due to its proximity to an open area for solid waste disposal, you will find the Ina ng Lupang Pangako Parish. This church’s leaders and volunteers provide educational and livelihood opportunities for the urban poor community living in Payatas, funded by donations from different entities. For its own CSR campaign, TECNO Mobile, represented by TECNO Mobile Limited’s Brand Marketing Director for Philippines, Jason Liang, donated Php 100,000 to the parish, along with 10 smartphones to be shared with hardworking parish volunteers, who tirelessly organize and facilitate activities such as community pantries, counseling, webinars, and online masses. The donations were received by Rev. Fr. Peter Hequillan,CM.

The second handover ceremony also took place on July 13th, at the Tikme Dine restaurant in Quezon City, this time with Project Malasakit as the beneficiary. Project Malasakit is a scholarship program whose mission is to bridge the gap between Filipinos who want to help, and Filipino children who need the assistance. Its goal is to provide these children with proper education, enabling them to change their own lives for a better future. 30 TECNO Mobile smartphones, plus Php 100,000 were given to Project Malasakit by TECNO Mobile Limited’s Brand Marketing Director for Philippines, Jason Liang, graciously received by its founder, Kara David, together with two of her scholars, Lilian Ambrocio and Mauwe Liwanag . 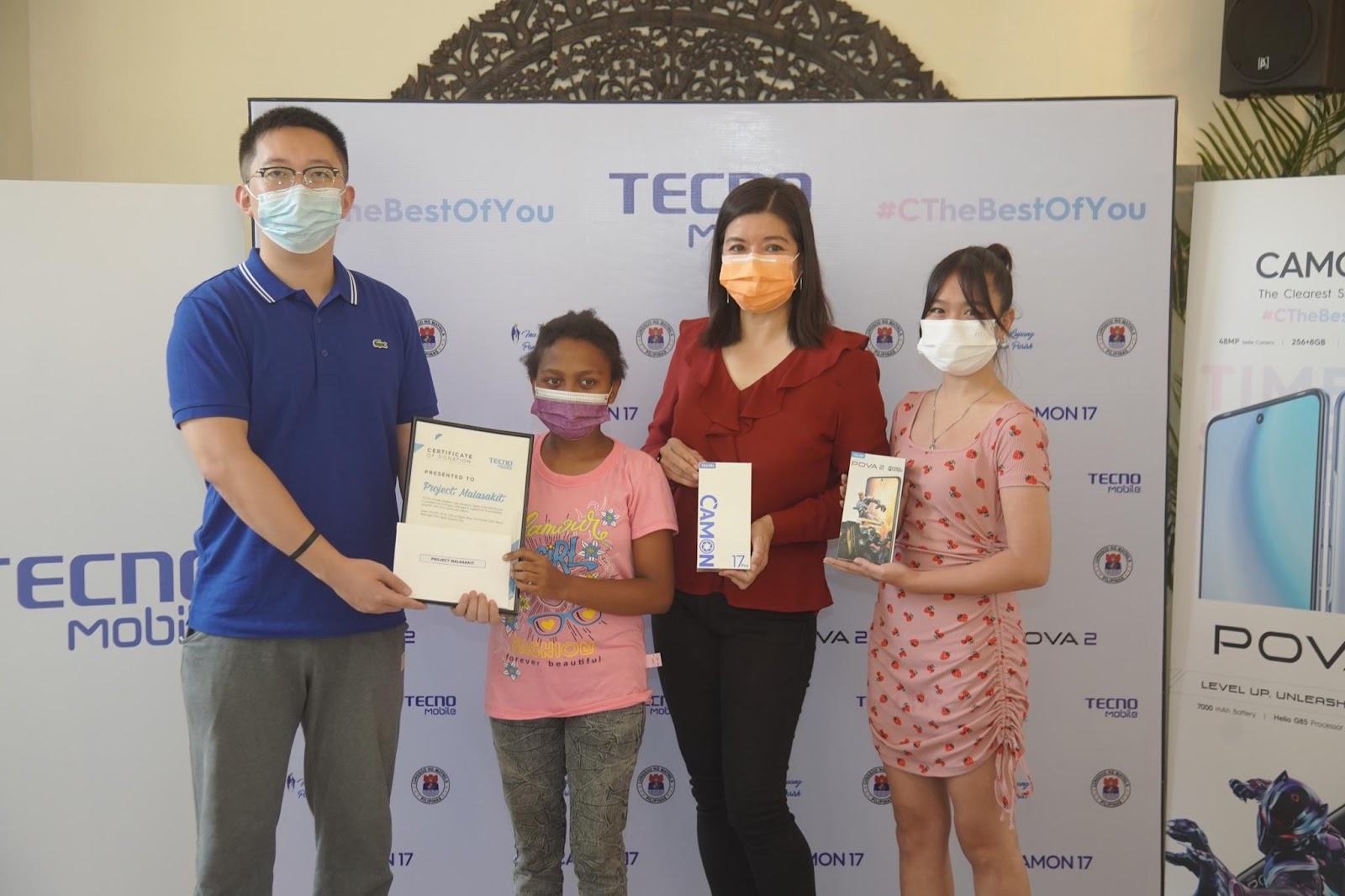 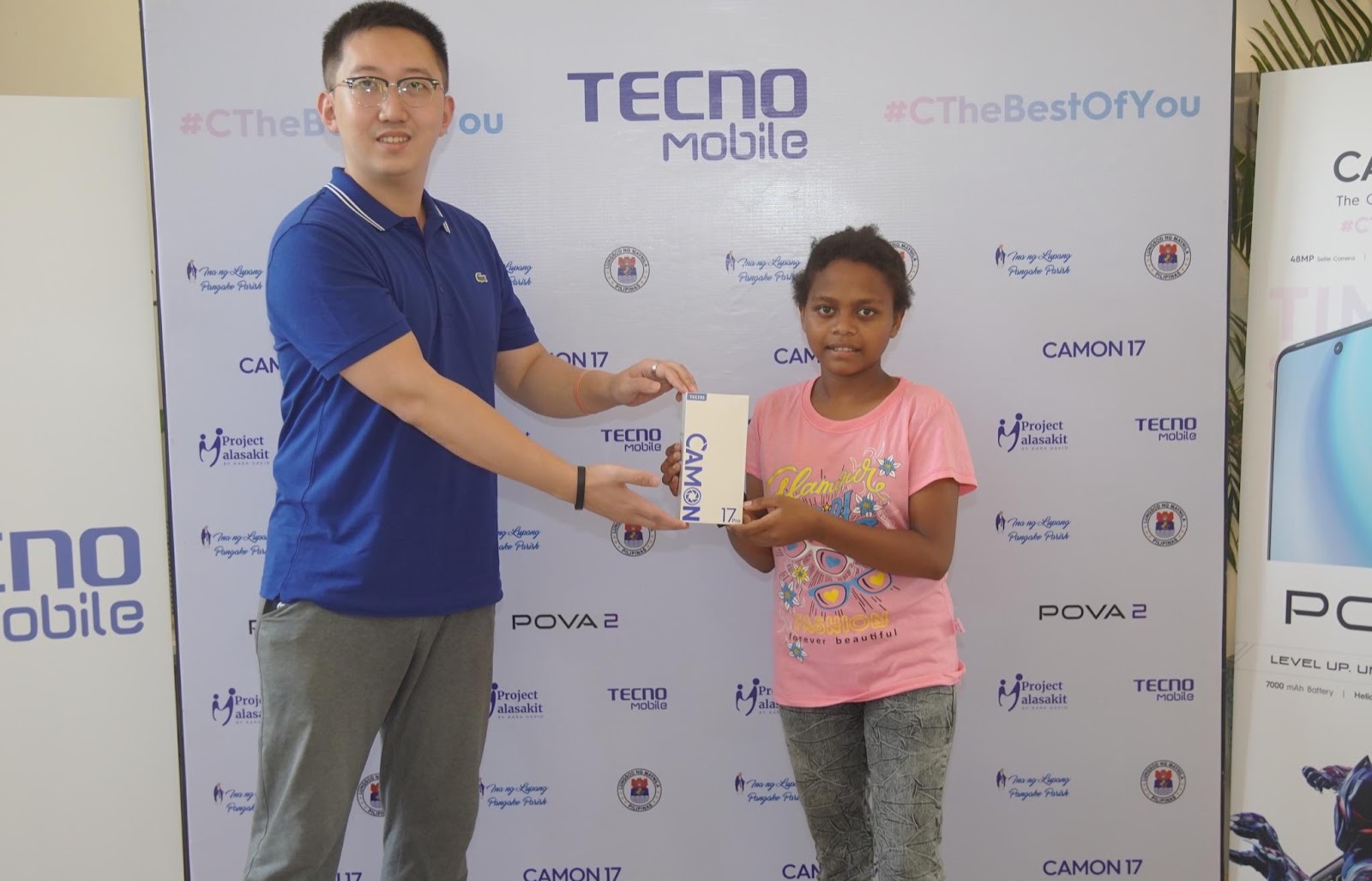 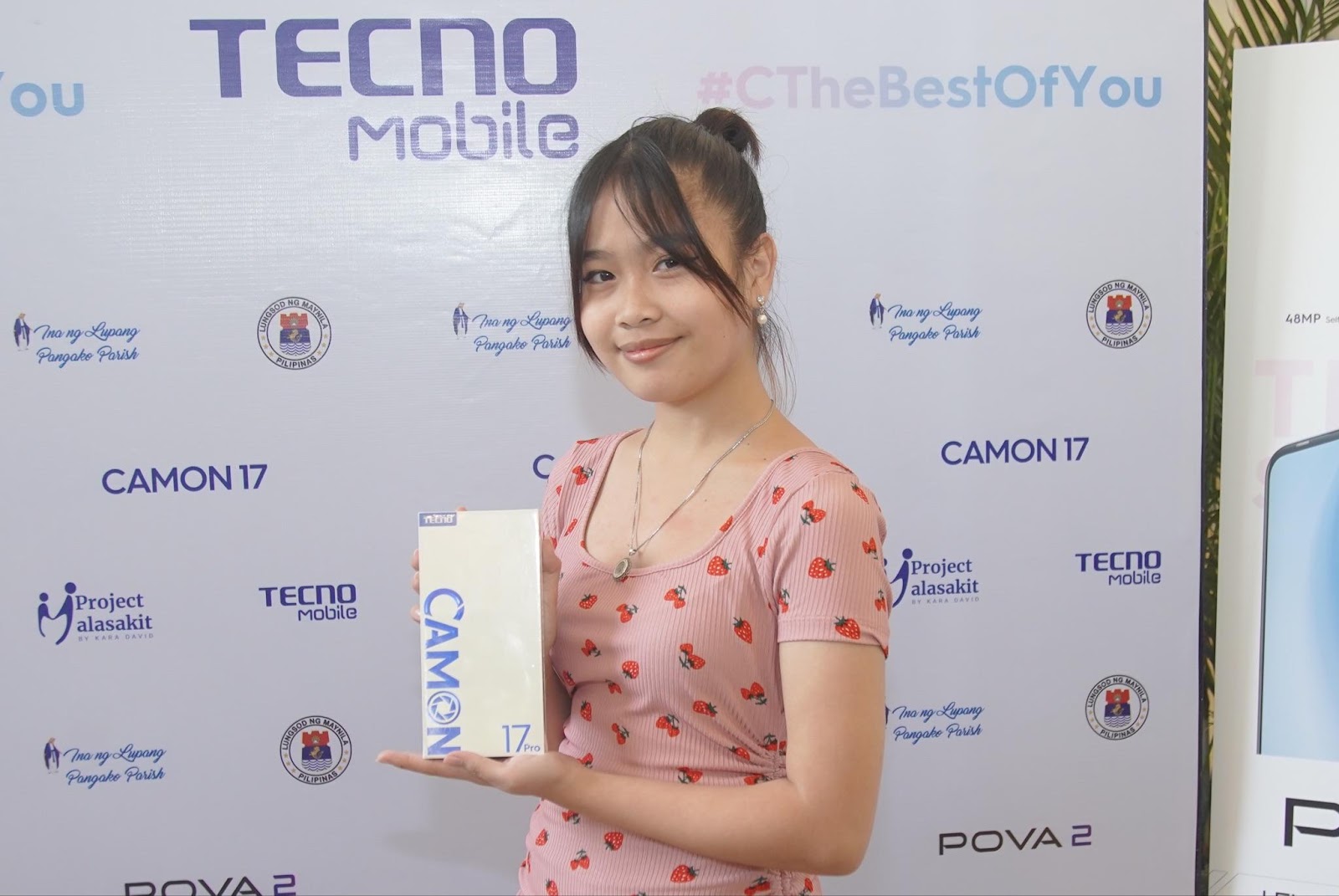 The final donation handover took place on August 6th at the Office of Manila City Mayor, Isko Moreno. Mayor Isko is known for his service to the local community, aided by his team of volunteer workers who man community hotlines, respond to reports, handle coordination for projects such as the recent vaccine rollout, and work at the local public school as teachers. For these community heroes, TECNO Mobile has donated 50 smartphones, and Php 200,000 through the mayor’s office. The donation was handed over by the TECNO Mobile Limited executives for the Philippines, headed by Lindsay Guan, CEO, and received by Manila City Mayor, Isko Moreno. 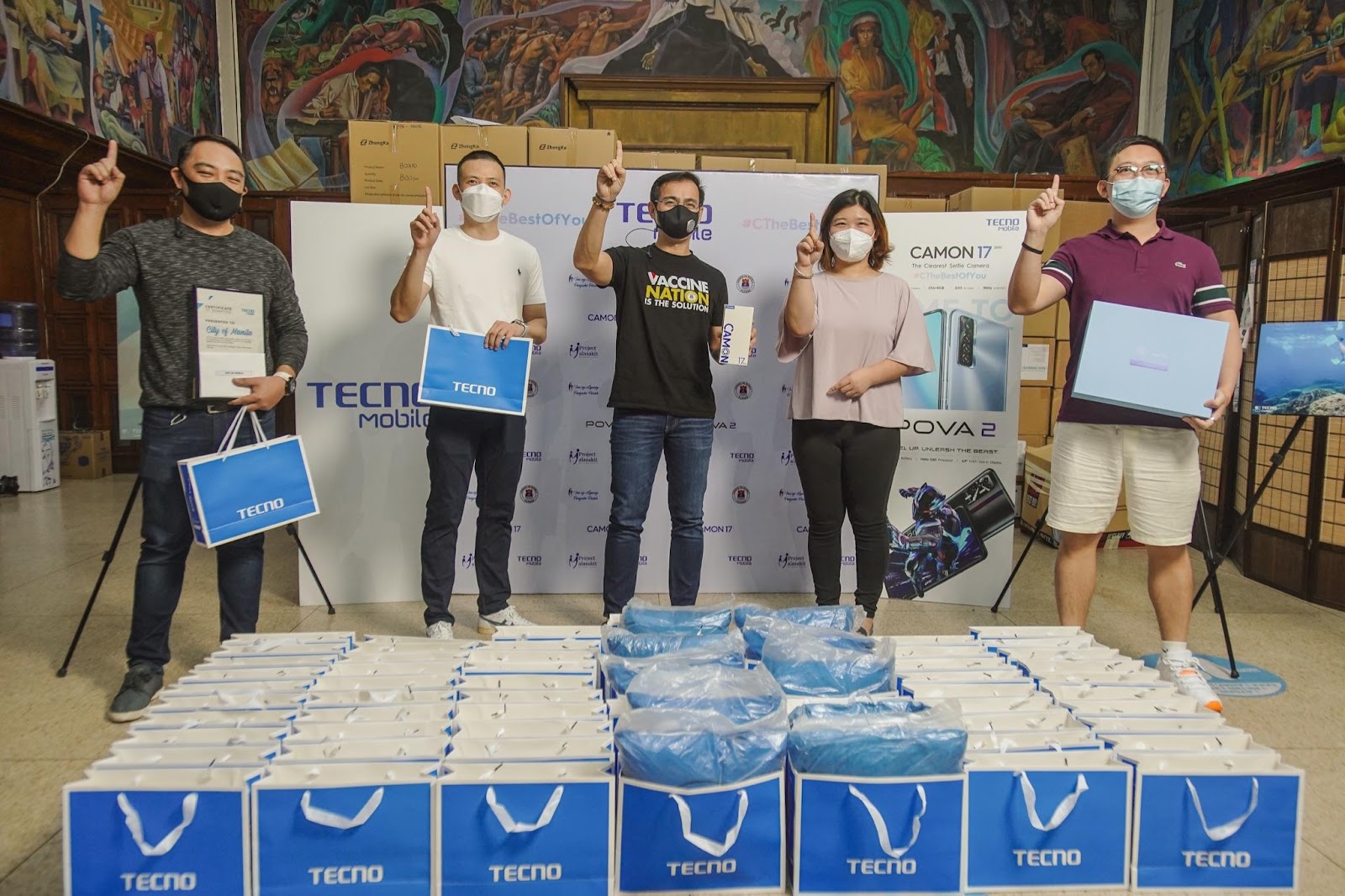 TECNO Mobile’s CSR campaign was kicked-off with an online photo exhibit, which featured thought-provoking images that capture the beauty of life, taken by top local photographers using CAMON 17 smartphones. A selfie advocacy campaign was also launched, encouraging the online community to get involved by sharing their own selfies for a cause. Anyone can join by simply posting a selfie on Facebook, which features their advocacy. The photo must include a caption with a brief description of the advocacy, along with the hashtags #TECNOMobileCares, #CtheBestofYou, and #SelfieAdvocacy. The best photo and caption will be selected by TECNO Mobile representatives, and the winner will be awarded a CAMON 17 smartphone.

To stay updated on the latest news about the CAMON 17 series, as well as exclusive deals and promos from TECNO Mobile, be sure to like and follow TECNO Mobile Philippines. Visit www.tecno-mobile.com/ph to learn more about your favorite smartphones and gadgets.

TECNO Mobile is a premium smartphone brand from TRANSSION Holdings. TECNO unlocks the best of contemporary technologies in artistic designs, showcasing its mastery of serving global consumers who are "young at heart", and inspiring them to never stop pursuing excellence. We demonstrate our brand motto through our innovation, technological and artistic progression in over 60 markets around the world, with a diversified product portfolio featuring smartphones and smart AIoT products covered. TECNO is also the global Official Handset Partner of Manchester City Football Club.