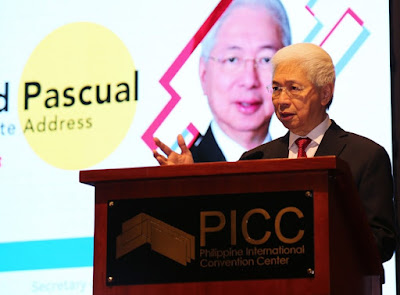 MANILA—The Department of Trade and Industry, in partnership with the Philippine Bar Association, held the 1st eCommerce Congress on 4 November 22 at the Philippine International Convention Center. The event brought together government officials, members of the business sector, civil society organizations, and other stakeholders to pursue the overarching goal of strengthening eCommerce industry in the country.

The eCommerce Congress tackled the Internet Transactions Bill, a top legislative priority of President Ferdinand “Bongbong” Marcos, Jr., that aims to harness the overwhelming potential of the eCommerce market.Based on Google Temasek Bain’s e-Conomy SEA 2022 report, the Philippines’ internet economy continues its upward trend at 20% year-over-year to reach USD20 billion this year, with e-commerce propelling it to USD35 billion by 2025.According to DTI, the number of businesses on retail sales via the internet has increased, while there has also been an increase in the number of consumer complaints against online sellers. The time is thus ripe for a new, relevant, and responsive eCommerce Law. In this light, DTI deems the inputs of players in the internet economy as crucial to the efficient crafting of legislative policies that respond to the issues faced by the industry."We are grateful to the DTI for our long-term partnership, founded on common goals. We remain committed to supporting the eCommerce Road Map and regulatory framework being built, and believe that together, we can help drive the growth of the digital economy in the Philippines”, said Lazada Philippines CEO Carlos Barrera.Trade Secretary Alfredo Pascual thanked the participants for their contribution to making the eCommerce Congress possible to discuss the crucial policy reforms to boost the e-commerce in the country. The event hoped to promote a robust eCommerce environment in the Philippines, where online businesses, especially small ones, can develop and compete globally.“We have all the ingredients – the economic assets – to make this happen: a young and digital native population, a growing middle class, available and affordable technologies, and significant surpluses in the financial sector. E-commerce is one of the most potent tools and fastest routes in unlocking these economic assets toward sustained accelerated economic development”, Secretary Pascual said.Last year, DTI launched the eCommerce Philippines 2022 Roadmap to employ strategies by the government that will speed up and broaden internet transactions by improving the digital infrastructure. The current administration is bent on working on and enhancing this agenda to increase the contribution of eCommerce to the Philippine economy with the development of the eCommerce Philippines 2023-2025 Roadmap.In closing, Secretary Pascual mentioned that there are new laws and regulations related to e-commerce that are currently being drafted, such as on privacy, digital taxation, the gig economy, and pivoting to a cash-light society.“I hope that there will be productive dialogues in these areas because we urgently need to develop and improve our policies to create an enabling regulatory environment for e-commerce to grow. With the brightest legal minds of the country gathered here today, let me make a humble request and professional challenge for all of us: Let these policy dialogues be united by one purpose—better lives for all Filipino families, with a target of a 9% poverty rate within six years”, he added.
Posted by Boy Raket at 4:00 PM