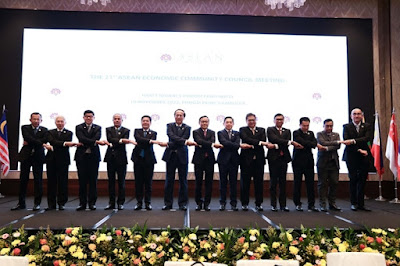 The 21st AECC serves as the culmination of a series of high-level meetings under the ASEAN Economic Pillar for Cambodia’s ASEAN 2022 Chairmanship.At the said meeting, AECC Ministers discussed the status and implementation of Cambodia’s Priority Economic Deliverables (PED) for their ASEAN 2022 Chairmanship. Of these key PEDs and annual priorities, Trade Secretary Pascual welcomed the progress made by ASEAN in facilitating economic integration in the region especially in the areas of trade facilitation, movement of natural persons, digital transformation, and sustainable economic development.He also stressed the expansion of the List of Essential Goods to cover vaccines and vital supplies and equipment to address supply chain resiliency and connectivity, as well as the substantial conclusion of the negotiations for the Protocol to Amend the ASEAN Agreement on Movement of Natural Persons which is seen to facilitate the entry and exit of working professionals in the region.Trade Secretary Pascual also highlighted the importance of deepening trade and investment relations with ASEAN’s key trading partners as a vehicle for post-pandemic economic recovery. To this end, he welcomed the substantial conclusion of negotiations for the Protocol to Amend the ASEAN Agreement on Movement of Natural Persons, and reiterated the commitment of the Philippines to join the Regional Comprehensive Economic Partnership (RCEP) Agreement as soon as possible.The meeting also discussed Indonesia’s priorities as they take on ASEAN’s Chairmanship next year, as well as ASEAN’s vision post-2025 as it approaches the tail end of its ASEAN Economic Community Blueprint 2025.The AECC Ministers are expected to join their respective Leaders at 40th and 41st ASEAN Summit.
Posted by Boy Raket at 3:30 PM