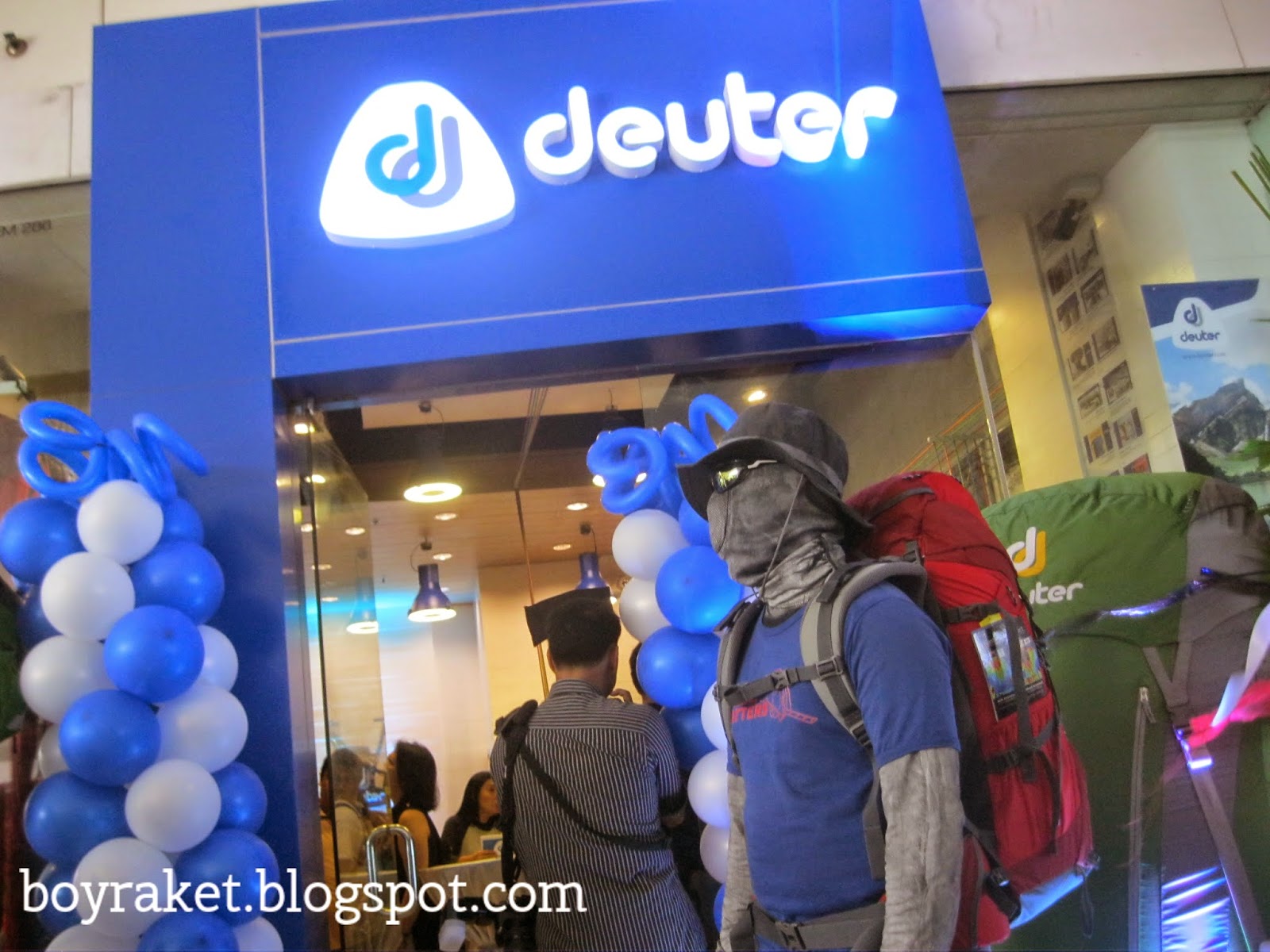 Up in the mountains, they hold a compass, a couple of energy bars, a flashlight, and a hydration pack, among many others. On the beach, they carry a change of clothes, a sarong, and some sunscreen. In school, they’re filled with children’s books and notebooks, artworks and pencils, and maybe even a pack of popcorn. We are talking about backpacks, of course.

In its most of basic of forms, a backpack is but a sack carried on one’s back, secured by shoulder straps. But for Deuter, one of the most trusted brands in the world of outdoor sports, the backpack is a passport to great adventures. It is no wonder then that the backpack has become a veritable must-have not only for professional athletes and weekend outdoorsmen, but for urban warriors as well.

Founded in 1898, Deuter has been pioneering premium outdoor equipment for over 115 years. It first made its mark by providing the Bavarian Royal Mail with mailbags and post sacks. Eventually, the company developed backpacks, knapsacks, satchels, and tents, primarily for the German military.

But the call of the great outdoors proved to be too tempting to resist, and soon, Deuter was outfitting pioneering mountaineering expeditions with backpacks and tents, putting their manufacturing skills and expertise to the test. In 1938, German mountain climber Anderl Heckmair brought along a Deuter backpack when he led the first successful ascent of the North Face of the Eiger. Fifteen years later, Deuter was with Austrian mountaineer Hermann

Buhl and his crew when they conquered Nanga Parbat in Pakistan, the ninth highest mountain in the world.That Deuter’s history is closely intertwined with that of modern mountaineering is no surprise as the company has consistently worked with the sporting world’s best in order to develop revolutionary systems and innovative products.

Today, Deuter provides the best fitting backpack for virtually all types of outdoor adventure, from hiking, biking, and trekking to mountain climbing and skiing. It also makes a wide selection of highly functional, top quality outdoor products from bags and sleeping bags to bike accessories and hydration systems. For families who like going on weekend hikes and camping under the stars, Deuter has developed kiddie-sized sleeping bags and child carriers with ventilated back systems. For city dwellers who have to traverse the urban jungle every day, Deuter offers a line of satchels, laptop bags, and duffel bags.


But at the heart of Deuter is its unwavering passion for the great outdoors. This is evident in each and every one of its products, which have been engineered to perform well outdoors and withstand the changing moods of nature, giving its wearer more than ample support. 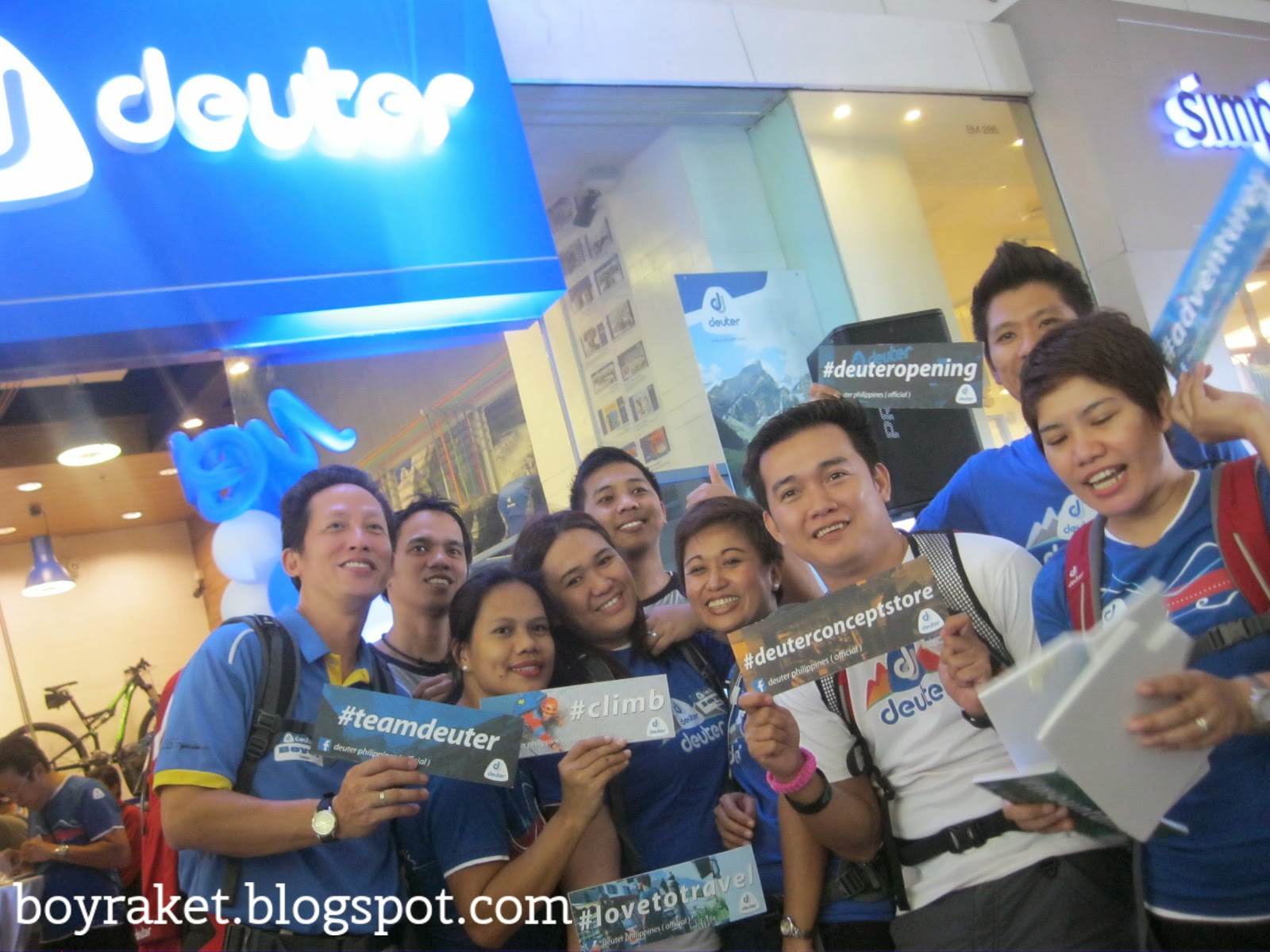 At the Deuter concept store located at the SM Mall of Asia, its amazingly functional designs will be on full display. Leading the pack is Deuter's world-renowned AirComfort System. By creating a space between the pack and the wearer's back, this revolutionary mesh back system reduces perspiration by 25 percent. With its three-way ventilation, Deuter’s AirComfort System decreases the wearer’s average heart rate and load on the cardiovascular system, increasing his level of endurance. Carrying fully-loaded packs all day long wouldn’t seem such a burden with Deuter’s AirComfort System. With groundbreaking innovations such as this, Deuter makes exploring the world a fun and fulfilling pursuit!