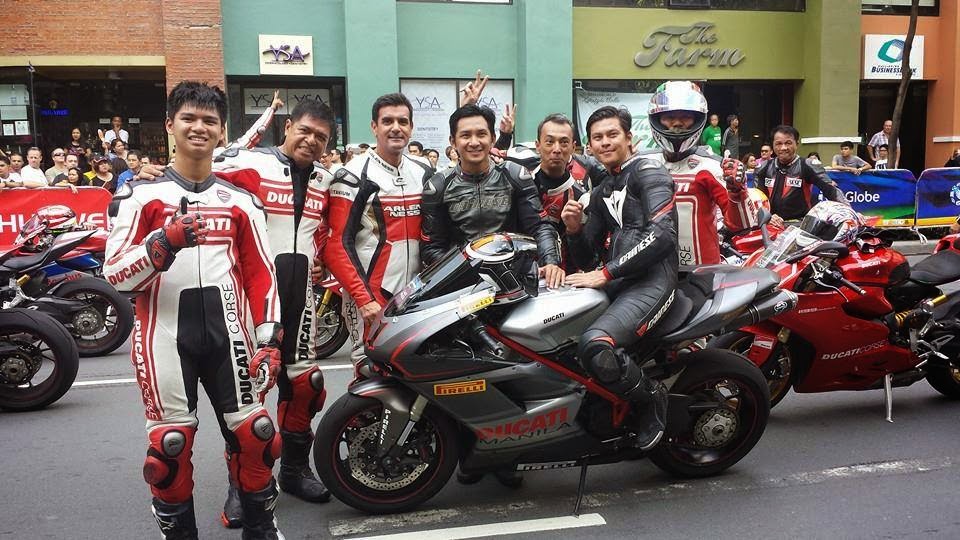 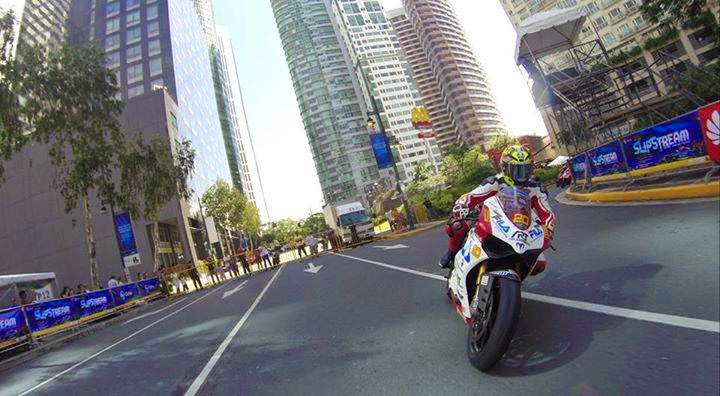 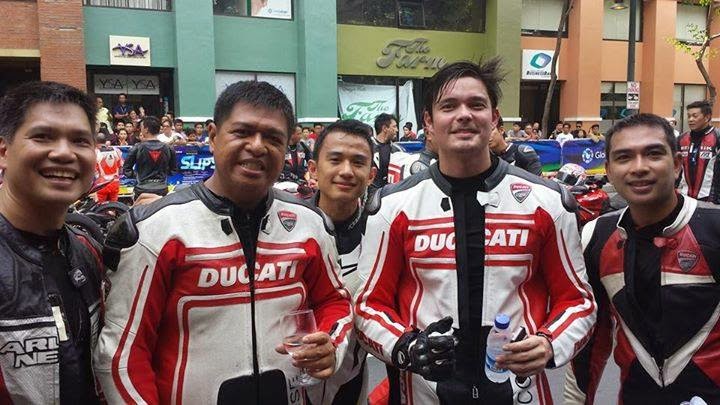 Also with the Ducati group are celebrity racers Dingdong Dantes and Congressman Bullet Jalosjos with a new all 1199 SUPERLEGGERA, a Ducati limited edition with only 500 units being sold around the world and Philippines has sold 2 units already owned by Toti Alberto and Dan Savino. 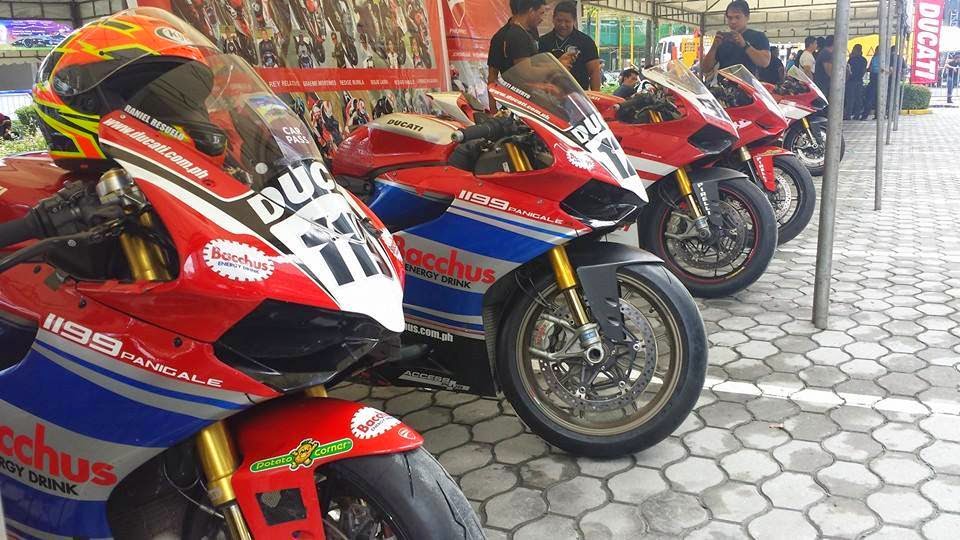 Instead of bringing in the team’s F1 show cars, Globe Telecom, the exclusive business partner of Lotus F1 in the Philippines, decided to bring in Stockinger’s Lotus WSR Gravity Charouz Formula Renault 3.5 car he actually drives in the World Series for a test drive around a customized BGC race track.
Ducati superbike racers did a demonstration race along with the parade of vintage luxury cars, karting challenge. 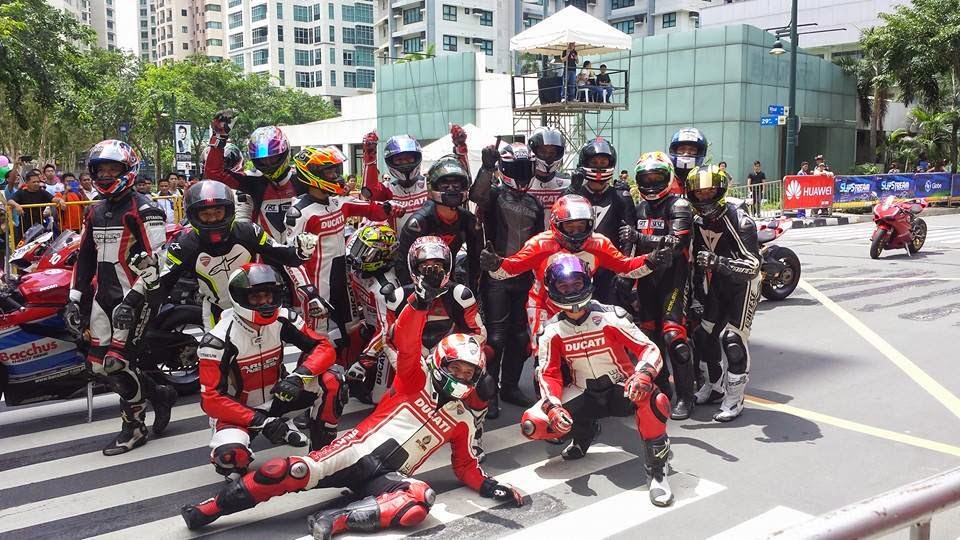 See more on these Ducati racers as they take the Clark International Speedway on October 4 and 5. 2014
Posted by Boy Raket at 8:49 AM