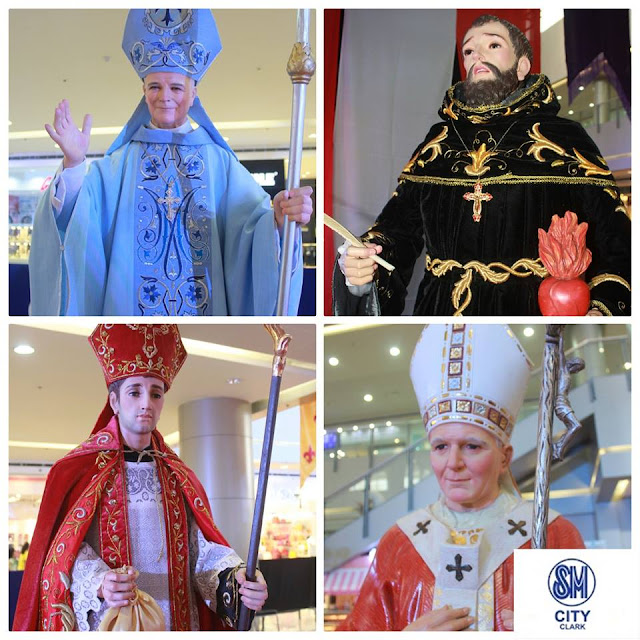 Obra Sagrada, which roughly translates to “sacred works,” featured works of art with religious themes from 20 artists hailing from Pampanga, Bulacan, Bukidnon and Metro Manila. Dubbed as the first ecclesiastical art exhibit in the country, Obra Sagrada aims to promote awareness for both the art and artists, giving them the opportunity to showcase their craft not only in the country, but also in Asia-Pacific.
The exhibit also featured work from Wilfredo “Willy” Layug, the creator of the “Our Lady of Palo” statue from the Papal Visit earlier this year.  The art forms come in a variety of vestments and sculptures, altars, retablos, church furniture and fixtures, religious home décor, gold leafing, and metal smithing work.

Apart from the art exhibit, guest speakers also gave talks on Christian iconography and heritage appreciation.
SM Supermalls President Annie Garcia said it is a privilege for the company to host and sponsor such an event that would promote local artists and cultural heritage. “We want the public to see how rich our country’s religious art heritage is, and how much talent we have in the country in this artistic category. Hopefully, this serves as an inspiration to budding artists out there,” Garcia added.
Such exhibits are in line with the company’s programs that promote Philippine heritage and culture. This partnership with the Foundation for Lingap Kapampangan and the Archdiocese Commission on Church gave SM mall-goers the rare opportunity to have a glimpse of and rediscover the Philippine’s rich religious art heritage. SM is exploring its partnership with these organizations further to make Obra Sagrada an annual activity in SM Clark and to bring the exhibit to other SM malls.
Posted by Boy Raket at 8:33 PM