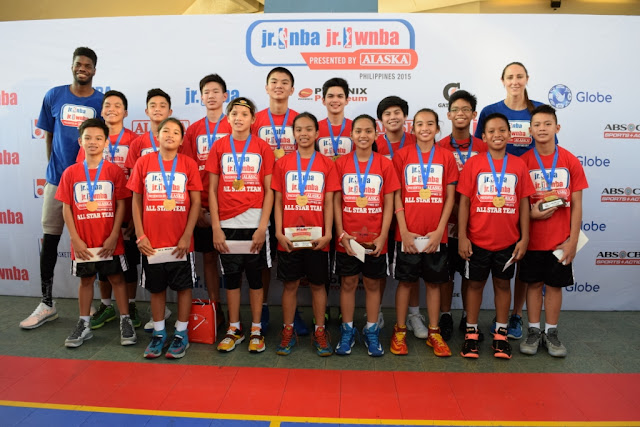 The 2015 Jr. NBA/Jr. WNBA Philippines All-Stars will travel to China from Oct. 9-12 to watch the first-ever NBA Global Games in Shenzhen between the Charlotte Hornets and the Los Angeles Clippers at the Shenzhen Universiade Center.  The opportunity to watch a live NBA game is part of the commitment of Jr. NBA/Jr. WNBA presented by Alaska to provide its top participants with a fun, enriching NBA experience.
The Jr. NBA/Jr. WNBA Philippines 2015 presented by Alaska is the league’s international youth development program that promotes basketball participation, sportsmanship, teamwork, and an active lifestyle among children.  Now in its eight consecutive year, the Jr. NBA/Jr. WNBA program has reached more than 100,000 youth, parents, and coaches in the country since 2007.
Selected from a pool of 2,500 aspiring basketball champions, the Jr. NBA/Jr. WNBA Philippines All-Stars consist of 10 boys and 5 girls from Metro Manila, Southern Tagalog, Dagupan, Cagayan de Oro, Bacolod, and Davao.  The boys are represented by Robert Alomar Castro and Lloyd Raphael Oliva of La Salle Greenhills, Luis Sebastian Locsin and Edrian Custodio of De La Salle Zobel, Joshua Garing of De La Salle Lipa, Miguel Luigi Santos of Ateneo de Manila, Ernest John Felicilda and Jeffy Mailim of Corpus Christi College in Cagayan de Oro, Christian Allen Magno of St. Albert the Great of Dagupan, and Daniel Anthony Coo of St. John’s Institute of Bacolod.
From the girls’ side, they are comprised of the following individuals: Nelia Jean David and Micaela Denise Pentecostes of the Diliman Preparatory School of Quezon City; Kyla Flores of Parañaque Science High School, Luisa Krizelle San Juan of Amazing Grace School in Laguna, and Heart Pagara Donor of Assumption College of Davao.  The Jr. NBA and Jr. WNBA Coach of the Year, namely Gabriel Victor Tan of Lucena City and Sunshine Echavez of Puerto Princesa, will also join the NBA experience trip.
As part of the intercultural exchange, the Philippine All-Stars will be joined by the 56 top Jr. NBA performers, aged 10 to 14 years old, from Indonesia, Malaysia, Thailand, and Vietnam.  The group’s itinerary will include playing friendly exhibition games, meeting NBA players or legends, and exploring local landmarks in China. 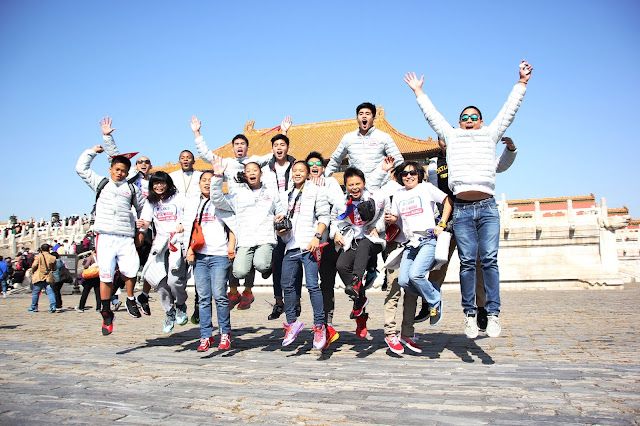 “Through our partnership with the NBA, the Jr. NBA and Jr. WNBA presented by Alaska have encouraged children to participate in sports to nurture their talent and live a healthy and active lifestyle,” said Wilfred Steven Uytengsu, President and CEO of Alaska Milk Corporation.  “We are thrilled for the Jr. NBA and Jr. WNBA Philippines All-Stars headed to Shenzhen, for being exemplary role models of our aspirations to keep children in their winning form.  In 2016, we expect to reach more young aspiring basketball players by bringing the Jr. NBA program to more cities nationwide, and making this more inclusive with fun, engaging activities for everyone.”
Over the past years, Jr. NBA/Jr. WNBA presented by Alaska has helped foster a healthy lifestyle among children and families through the combination of proper nutrition and active lifestyle.  It continues to be an effective platform in activating Alaska Milk’s NUTRITION.ACTION.CHAMPION. program designed to fight against the increasing number of overweight and undernourished children in the Philippines.
Fans can visit the official website at www.jrnba.asia/philippines and follow us on Facebook at www.facebook.com/jrnbaphilippines for more information on the Jr. NBA/Jr. WNBA Philippines program.  For all things NBA, visit www.nba.com.
###
About Alaska Milk:
Alaska Milk recognizes the need of Filipino children for proper nutrition.According to the 2011 National Nutrition Survey conducted by the Food and Nutrition Research Institute (FNRI), it was revealed that 3 out of 10 children aged 5-10 years were underweight while 8 out of 100 children of the same age were overweight, making malnutrition and obesity two of the most pressing nutritional problems in the Philippines today. Alaska Milk is committed to help provide proper nutrition through its leading brands, Alaska Powdered Milk Drink and Alaska Chocolate Powdered Milk Drink. It contains 20+ essential nutrients that help children reach their full growth potential.  Aside from proper nutrition, an active lifestyle is needed in order to shape and nurture healthier children.  Because of this, Alaska Milk encourages children to “go out and play” through its NUTRITION. ACTION. CHAMPION. programs: Alaska Basketball and Football Power Camps and Cups, Alaska IronKids Triathlon, Alaska Family Run and Alaska Cycle Philippines. At the same time, Alaska Milk has a professional basketball team, the 13-time PBA champion, Alaska Aces, which continues to inspire the youth to become future champions who are guided by positive values.  Finally, Alaska Milk partners with excellent local and international organizations that share the same objectives, vision, and values namely the Philippine Basketball Association, National Basketball Association, World Triathlon Corporation, Cycle Asia, Makati and Alabang Football Schools.
For more information please visit: www.alaskamilk.com
About the NBA:
The NBA is a global sports and media business built around three professional sports leagues: the National Basketball Association, the Women’s National Basketball Association, and the NBA Development League.  The league has established a major international presence with offices in 13 markets worldwide, games and programming in 215 countries and territories in 47 languages, and NBA merchandise for sale in more than 125,000 stores in 100 countries on 6 continents.  NBA rosters at the start of the 2014-15 season featured a record 101 international players from 37 countries and territories.  NBA Digital’s assets include NBA.com and NBA Mobile, which achieved record traffic during the 2014-15 season, as well as NBA TV.  The NBA is the No. 1 professional sports league on social media, with more than 875 million likes and followers globally across all league, team, and player platforms.  Through NBA Cares, the league addresses important social issues by working with internationally recognized youth-serving organizations that support education, youth and family development, and health-related causes.
Posted by Boy Raket at 9:59 PM