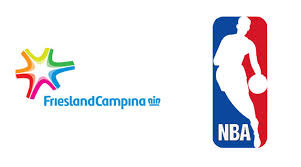 The National Basketball Association (NBA) and Royal FrieslandCampina (FrieslandCampina) – one of the world’s largest dairy companies, providing millions of children and families with valuable nutrition every day –announced today a multi-year extension of their marketing partnership.

As the Official Milk Partner of the NBA in Indonesia, Malaysia, Philippines, Thailand and Vietnam, FrieslandCampina will continue to engage the NBA’s fanbase in Asia through its Drink.Move.BeStrong campaign, which aims to cultivate an active and healthy lifestyle among children through play, sports and proper nutrition. Through this partnership, FrieslandCampina will amplify the importance of exercise and good nutrition through events, television and digital activities, and localizedmarketing content, while also providing fanswith the opportunity to receive NBA-branded products, in-store promotions and unique NBA experiences.

FrieslandCampina willalso continue to serve as the Presenting Partner of the Jr. NBA in Indonesia, Malaysia, Philippines, Thailand and Vietnam through its Frisian Flag, Dutch Lady, Alaska and Foremost brands.The Jr. NBA, the league’s global youth basketball participation program for boys and girls, teaches the fundamental skills as well as the core values of the game at the grassroots level in an effort to help grow and improve the youth basketball experience for players, coaches and parents.  During the 2015-16 season, the Jr. NBA will reach more than 6.5 million youth in 32 countries.  The program, first introduced to Southeast Asia in the Philippines in 2007, has reached more than 1.4 million children, parents and coaches across Southeast Asia.

“We are delighted to extend our successful partnership with the NBA,” said FrieslandCampina Asia Chief Operating Officer Piet Hilarides.  “Our collaboration has yielded tremendous results and we look forward to continuing our efforts to bolster the health and well-being of the region’s future generation.  Milk is recognised as a source of good nutrition by leading authorities and, as one of the world’s leading dairy companies, FrieslandCampina is committed to advocating better nutrition for children across Southeast Asia and beyond.  We are also focused on continuing our efforts to engage strategic stakeholders and partners including the NBA to put the brakes on the rise of non-communicable diseases in the region.”

“FrieslandCampina is the ideal partner to help usget more boys and girls across Southeast Asia to discover the joy of playing basketball,” said NBA Asia Vice President, Marketing Partnerships Francesco Suarez.  “By extending our partnership with FrieslandCampina, we will continue to bring positive experiences to children, parents and educators in the region while reinforcing the importance of exercise and leading healthy lifestyles.”

The Jr. NBA program, which is free and open to boys and girls, is composed of four stages: open clinics for children ages 5-14; competitive selection camps for boys and girls ages 10-14; National Training Camp (NTC) to select 15 of the top boys and girls as the Jr. NBA All-Stars based on the values of sportsmanship, teamwork, a positive attitude and respect; and an NBA experience trip,where Jr. NBA All-Stars from all five countries embark on a unique, overseas trip to watch an NBA game, receive basketball trainingand play exhibition games.  The program also includes a “train the trainer” initiative designed to develop the skills of coaches and physical education teachers who willthen share their knowledge in their local communities.  The 2016 Southeast Asia Jr. NBA schedule begins in the Philippines on Jan. 23 and culminates in Indonesia on Aug. 28.  Details of the 2016 NBA experience trip will be announced at a later date.

Registration for the 2016 Southeast Asia Jr. NBA will begin soon at www.jrnba.asia.  Follow the Jr. NBA on Facebook to learn more about the program.  For all things NBA, visit www.nba.com and “Friend” the NBA’s official account on LINE by adding @nba_global.

The NBA is a global sports and media business built around three professional sports leagues: the National Basketball Association, the Women’s National Basketball Association, and the NBA Development League.  The league has established a major international presence with games and programming in 215 countries and territories in 49 languages, and NBA merchandise for sale in more than 125,000 stores in 100 countries on 6 continents.  NBA rosters at the start of the 2015-16 season featured 100 international players from 37 countries and territories.  NBA Digital’s assets include NBA.com and NBA Mobile, which achieved record traffic during the 2014-15 season, as well as NBA TV.  The NBA has created one of the largest social media communities in the world, with more than 960 million likes and followers globally across all league, team, and player platforms.  Through NBA Cares, the league addresses important social issues by working with internationally recognized youth-serving organizations that support education, youth and family development, and health-related causes.

Every day Royal FrieslandCampina provides millions of consumers all over the world with food that is rich in valuable nutrients. With annual revenue of 11.3 billion euros, FrieslandCampina is one of the world’s largest dairy companies, supplying consumer and professional products, as well as ingredients and half-finished products to manufacturers of infant & toddler nutrition, the food industry and the pharmaceutical sector around the world. FrieslandCampina has offices in 32 countries and over 22,000 employees, and its products are available in more than 100 countries. The Company is fully owned by Zuivelcoöperatie FrieslandCampina U.A, with over 19,000 member dairy farmers in the Netherlands, Germany and Belgium—making it one of the world’s largest dairy cooperatives.

FrieslandCampina’s Consumer Products Asia business group consists of operating companies that are active in the consumer products segment in Asia. FrieslandCampina has acquired excellent positions in many countries with strong brands and a wide range of products.  These activities have a long and rich history. The export of dairy from Western Europe began back in the 1920s. The range of long shelf life products has expanded significantly: from milk powder, condensed milk, infant and children’s nutrition to dairy drinks, yoghurts and desserts.  FrieslandCampina has operating companies in China, Indonesia, Thailand, Vietnam, Malaysia, Singapore, Hong Kong and the Philippines. In Asia we market brands that have acquired strong positions. Dutch Lady is legendary in Malaysia and Vietnam, Foremost is a leading brand in Thailand, Frisian Flag is widely known in Indonesia.

Drink.Move.BeStrong is Southeast Asia’s first integrated activation and advocacy campaign focused on tacking childhood malnutrition.  Founded upon the findings of FrieslandCampina’s SEANUTS study, the multi-stakeholder, multi-channel campaign encourages children across the region to drink one glass of milk a day and spend an hour a day on outdoor exercise.  The regional campaign offers a host of activities including the distribution of free milk cartons to schools, a dedicated health and nutrition education programme and Jr NBA camps.

*This is Press Release
Posted by Boy Raket at 7:26 AM