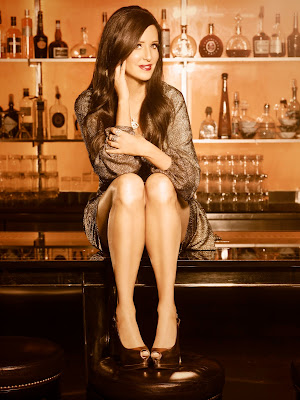 Guilty pleasure smash hit The Millionaire Matchmaker is on its 8th season. The show follows Patty Stanger, the owner of “Millionaire’s Club,’ an upscale dating service that operates out of Beverly Hills.

This is a no-holds barred, intriguing glimpse at how the rich and (or) famous find love with the help of experts. It seems that even if one is too busy to find love, you can at least pay someone to do it for you.

Patti counts in her circle of clients and experts celebrities like Rozonda “Chili” Thomas (of the 90’s smash girl R&B group TLC) and designer Kristin Cavallari. She gets some new blood in Candace Smith, a new member of her team who serves as Director of Recruiting and an old friend reappears in David Cruz, who returns as Director of Matchmaking.

Produced by Intuitive Entertainment and Bayonne Entertainment, Inc. and executive produced by Mechelle Collins, Kevin Dill, Robert Lee, Patti Stanger, Spike Van Briesen and Robin Samuels, “The Millionaire Matchmaker” season 8 even hints at an on-screen proposal – which Patti and her love squad hopes leads to happily ever after.

Make it an almost-daily habit, catch it on Sony Channel every weeknight at 7:55pm starting February 1.

*This is Press Release
Posted by Boy Raket at 10:16 AM