Teen Wolf to Unveil 2nd Half of its 5th Season: Reconciliation and New Intrigue 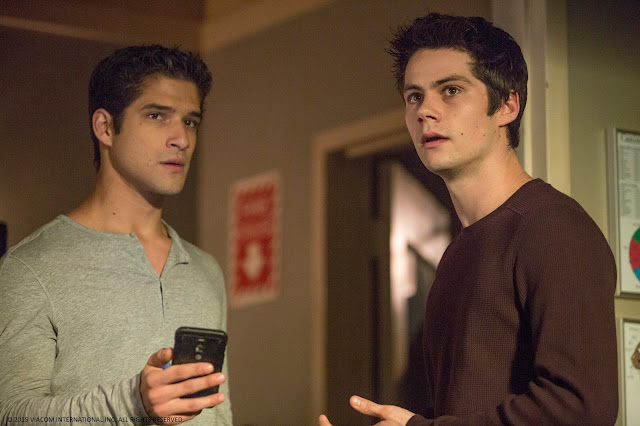 When Scott McCall wished to be more than an ordinary teenager, he did not expect things to take a supernatural turn. Bitten by a werewolf just before he starts sophomore year, his life is turned upside down – as if your regular teenager did not already have enough issues to deal with. Scott is forced to deal with a double life as he struggles to protect his loved ones and keep up a front of being a “normal” teen.

The series set in the town of Beacon Hills is on its 5th season. Coming off the midseason cliffhanger, the new episodes will unfold with Scott’s attempts to reunite his group and other characters picking up broken pieces of their relationships damaged by past conflicts. Tune in to also find out if more light will be shed on what exactly Parrish the hellhound is up to.

About Sony Channel
Sony Channel is the premier destination for female-skewing entertainment with the biggest and best of Hollywood. Designed for the socially connected viewer, Sony Channel features some of the most captivating and talked-about drama, comedy, lifestyle and reality programs on TV, all airing close to the U.S. telecasts, together with popular feel-good movies.
Fresh, confident and stylish, with a dash of clever wit, Sony Channel is visually stunning with a brand identity that perfectly complements its line-up of high calibre programming.  Sony Channel appeals to a female-skewed, male-inclusive audience who loves to escape, engage and lose themselves in premium content. Viewers are modern, social, stylish and aspirational.
Sony Channel is wholly owned by Sony Pictures Entertainment and managed by Sony Pictures Television Networks, Asia, which also operates pay-TV channels AXN, Animax, ONE and GEM. See www.sonychannelasia.com, as well as follow www.facebook.com/SonyChannelPH and https://twitter.com/SonyChannelPH for more.
Posted by Boy Raket at 10:37 AM